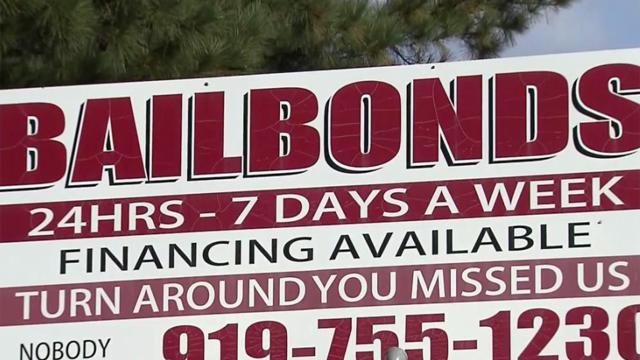 Raleigh, N.C. — Bail bonds companies in North Carolina could keep their money in more cases, and an emerging practice of charity bail would get more government scrutiny, in a bill moving this week at the North Carolina legislature.

Senate Bill 550 was requested by the bail bonds industry, according to Sen. Danny Britt, R-Robeson, the bill's lead sponsor. It would add two reasons to state law that a forfeiture, entered by a judge when someone doesn't show up for court and their bail is surrendered, could be set aside:

It would also tinker with bail bondsmen eligibility requirements by mandating that they be U.S. citizens or legal residents and allowing people who fail the state certification test to take it again within 90 days. Currently, people have to wait a year.

The bill also would have courts to collect the names of charitable bail bond organizations that post bonds and note any forfeitures. That information would be compiled to track a growing phenomenon: Charities that raise money to help people make bail.

Andréa “Muffin” Hudson, director of the NC community Bail Fund of Durham, told lawmakers Wednesday that she's fine with transparency, but she feels this is the start of a crackdown on her group and others like it by a for-profit industry that feels threatened.

"I feel like this bill is attacking community bail funds," Hudson said.

The state chapter of the American Civil Liberties Union said much the same thing, arguing that the bill is "being pushed by and to the benefit of the powerful for-profit bail bonds industry."

"The industry is pushing for scrutiny of nonprofit charitable bail funds, which they view as cutting into their profits," ACLU spokesman Dustin Chicurel-Bayard said in an email.

The ACLU also took issue with proposed changes in the forfeiture rules, saying they're "designed to get law enforcement to do the work of arresting people who have skipped court while out on bond, saving the for-profit agents time and money."

Neither the North Carolina Bail Agents Association nor its lobbyist returned phone messages Wednesday seeking comment on the bill. It was voted out of the Senate Finance committee and heads now to Senate Rules.

From there, it would go to the Senate floor. If it passes, it will head to the House for more debate.