Industries Turn Freedom of Information Requests on Their Critics 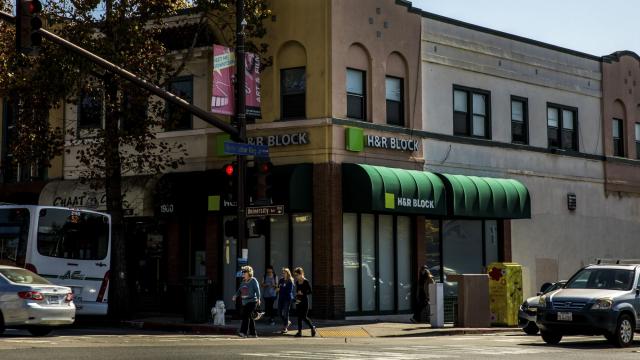 WASHINGTON — Dennis J. Ventry Jr., a law professor at the University of California, Davis, drew the ire of tax preparation companies like Intuit and H&R Block this summer by criticizing a deal they have to provide a free tax filing service through the Internal Revenue Service.

The companies promptly hit back with a tactic that corporations, lobbyists and interest groups are increasingly using against academic researchers: Their trade coalition filed a public records request with the university in July seeking everything Ventry had written or said about the companies this year, including emails, text messages, voicemail messages and hand-jotted notes.

The university estimated that it spent 80 to 100 hours complying with the request, filed under the California Public Records Act, which requires employees of any state agency or institution to produce, upon request from any member of the public, any record that relates to “the conduct of the public’s business” that is “prepared, owned, used or retained” by the university.

The request generated 1,189 pages of documents, university officials said. And it was just one example of how both state-level public records laws and the federal Freedom of Information Act, written to ensure transparency and accountability in government, have morphed into potent weapons in legal and business disputes, raising questions about the chilling effects — and costs — they impose on targets who are doing research in controversial or sensitive fields.

A 2017 analysis of requests filed under the Freedom of Information Act found that “public-oriented inquiries by concerned citizens and their advocates” account for “only a small fraction of the 700,000-plus FOIA requests submitted each year,” wrote David Pozen, a law professor at Columbia University, whose paper reviewed studies on the issue. “The bulk of requests come from businesses seeking to further their own commercial interests by learning about competitors, litigation opponents or the regulatory environment.”

Public records requests have long been an important tool for a wide variety of groups, like journalists, political opposition researchers, climate-science skeptics, animal rights advocates and anti-abortion activists keen to dig into research and the work of people in the government.

But the sheer scale of the requests in recent years, and their growing use by advocacy groups and business interests to challenge academic work at public universities, has alarmed some experts, who say the commitment to openness embodied by freedom of information laws could be tested.

The weaponization of such requests poses “a real danger that we’ll hit a tipping point, where the cost and burden of open records laws will overcome the benefits and we’ll have a retrenchment of transparency rights,” said Margaret Kwoka, a University of Denver professor with expertise in government transparency litigation. “This kind of abuse fuels the political will to do that.” The University of California system, with nearly 45,000 faculty and academic appointees on its campuses and in its laboratories and medical centers, sits at the center of this trend.

A significant portion of the requests are from activists and industry groups “using public records requests as one part of a strategy to undermine the work of researchers in controversial fields,” Maria Shanle, managing counsel for education affairs and governance at the University of California, said in an interview.

These have included a 2011 request for every document a visiting scholar produced related to “chemical substances, including flame retardants”; a 2012 demand by an anti-abortion group for the names of researchers working on an abortion safety study; and a 2015 request for every email to and from a journalism professor that contained words like “biotech” and “Monsanto.”

“What we need is a dividing line between financial and ministerial accountability, and the university’s function as an intellectual and teaching institution,” Claudia Polsky, an assistant law professor who directs the Environmental Law Clinic at the University of California in Berkeley, said in an interview.

In a paper titled “Open Records, Shuttered Labs: Ending Political Harassment of Public University Researchers,” Polsky argued for legislative protections, already offered in some states, for unpublished emails and other personal records that can be used to stymie research.

“Digging into professors’ email inboxes has nothing to do with democratic accountability or fiscal transparency,” she said, “and everything to do with creating ideologically based mischief.”

In Ventry’s case, he said he did not have anything to hide — he has been a critic of the tax preparation program, Free File, and an outspoken advocate for no-cost, simplified, government-provided tax preparation for years. But he said the request had made collaborators in his research wary of communicating with him and amounted to intimidation by the industry.

The industry group, the Free File Alliance, whose legal name is Free File Inc., defended the request as a proper use of public records law.

Ventry, the group said, had a conflict of interest because he also serves as chairman of an outside advisory group to the IRS and was intent on promoting an alternative plan under which the government would offer its own tax preparation service through the IRS. The alliance defends its program as benefiting low- and middle-income Americans who would otherwise have to pay for tax preparation services.

Freedom of information requests “are a legitimate, legal method to determine what public officials are doing and saying in their official capacity,” the alliance said in an emailed statement. “Professor Ventry holds a strong preconceived bias against the IRS Free File program.”

Ventry is not employed by the IRS. He is chairman of the Internal Revenue Service Advisory Council, a public forum on tax administration issues that advises the IRS commissioner and is composed of outside experts who volunteer their time. He was a published critic of Free File for years before joining the council.

Ventry; Joseph Bankman, a tax law professor at Stanford University; and others have worked over the years to create a model for free tax-filing programs administered by a half-dozen states, while advocating a free, streamlined federal e-filing system. In July, Ventry, Bankman and other colleagues wrote op-eds taking aim at Free File, which the IRS offers to many taxpayers through an agreement with the Free File Alliance, which includes Intuit, makers of TurboTax and other software; H&R Block; and 10 additional commercial tax preparation companies.

After the House passed a bill that included a provision making the Free File agreement permanent, the academics raised alarms. Citing research, IRS statistics and investigations by ProPublica, The Wall Street Journal and others, Ventry wrote that Free File is a “failed program” that “inflicts substantial harm on taxpayers” by confusing them, pushing them toward paid products and failing to fully protect their personal data.

The companies in the Free File program are not compensated by the IRS for providing their services. But ending the program and replacing it with a government-run electronic filing service for all taxpayers would threaten the industry.

In a July opinion piece in The Hill titled “Free File Providers Scam Taxpayers; Congress Shouldn’t Be Fooled,” Ventry originally included his affiliation as chairman of the tax agency’s advisory council as well as his academic post. (After a complaint from the industry group, he removed the affiliation to the council.)

In a subsequent commentary, the academics criticized the IRS for poor oversight of the industry agreement, saying that Free File “puts tax preparation companies first and taxpayers last.” Some of the criticism echoed the IRS’ independent taxpayer advocate, Nina E. Olson, who said in an interview that Free File was a “poorly designed” program that only 3 percent of eligible taxpayers used after 15 years in existence.

Days later, the University of California received the request for all of Ventry’s communications about the op-eds, including his contacts with the IRS taxpayer advocate’s office.

In addition to its public records requests, the alliance wrote directly to the IRS about Ventry in July, saying he “improperly used his IRS affiliation to lend credibility to this attack.” The alliance questioned whether Ventry should be able to speak out publicly on the issue given his role on the IRS advisory council.

Ventry said that role was strictly advisory and that he received no compensation aside from his university salary. After the industry alliance leveled the complaint, he says he voluntarily recused himself from the council’s analysis of the Free File program, due out in November. Responding to the academics’ criticism in a letter to the editor published in the policy journal Tax Notes, Tim Hugo, a Republican member of the Virginia House of Delegates who serves as the alliance’s executive director, wrote that the partnership between the IRS and Free File had saved taxpayers “an estimated $1.6 billion in tax preparation and filing fees” since its inception in 2003.

The program was under attack, he wrote, “by a handful of ideologues” who “want a centralized system of direct government tax preparation.”

Representatives for Intuit and H&R Block said the companies did not participate in the records requests by the industry group, but the alliance confirmed that the member companies received the documents produced by the university.

Stanford is a private institution not subject to public records requests under the California law, but the alliance’s lawyers used the University of California request to obtain Ventry’s communications with Bankman, too.

“There’s nothing really that interesting in my emails,” Bankman said in an interview. But worries about such requests, he said, stifle the peer review process, a freewheeling exchange of views, often by email, in which academics around the world evaluate one another’s work.

Companies often request such emails “to intimidate people like us, because it really raises the ante and makes it very scary just to email stuff,” he added. For the industry, “it’s a freebie,” he said. “But imagine you’re some young professor somewhere — you don’t know what hit you.”

Ventry said he was more worried that Bankman and other colleagues would shy away from collaborating with him.

“We went from emailing multiple times a day over the course of a couple months to not emailing at all,” he said. The request “stifled not just academic freedom but the deliberative and beneficial process of thinking through problems with others.”

If that constitutes winning for the tax industry, he said, “they won.”