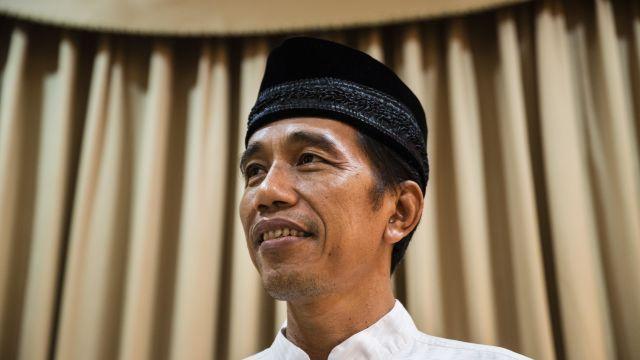 JAKARTA, Indonesia — Indonesia’s presidential election next year will be a rematch of the contentious 2014 contest, and analysts fear it will see a return of the smear campaigns and appeals to sectarian intolerance that marred that vote.

On Friday, President Joko Widodo and his 2014 opponent, former army Gen. Prabowo Subianto, both filed paperwork declaring their intent to run in the election next April. Friday was the deadline for candidates to register, and no others did.

It will be Indonesia’s fourth direct presidential election since the country’s democratic era began in 1998, after the fall of Suharto, the authoritarian president who ruled for decades.

Analysts of Indonesian politics said they feared the election would be blighted by social media campaigns of the kind seen in 2014, which falsely asserted that Joko — widely known as Jokowi — was an ethnic Chinese Christian. (He is a Muslim of Javanese descent.) The small but influential ethnic Chinese community is resented by many Indonesians, and it has suffered persecution and state-sponsored discrimination in the past.

A prominent Christian ally of Joko, former Jakarta Gov. Basuki Tjahaja Purnama, who is of Chinese descent, was imprisoned for blasphemy last year after hard-line Islamic groups mounted a protest campaign against him. Those groups — some of which are allied with Prabowo’s opposition Gerindra party — are likely to turn their sights on the president as the election approaches, some analysts said.

“They will be looking around for sure to pick up on some religious-based scandal,” said Stephen Sherlock, a professor of politics at the University of New South Wales who studies Indonesia.

Joko, 57, who was born in a slum in Central Java province and sold furniture before becoming a popular Jakarta governor, won the presidency in 2014 with 53 percent of the vote, campaigning as a political outsider. Reputable opinion polls during the past year have consistently put his approval rating above 50 percent, sometimes as high as 70 percent, and he is largely seen as having lived up to his promises to fight corruption and improve the country’s infrastructure, starting large toll road, airport and seaport projects.

Recent surveys have put the president far ahead of Prabowo, by margins of 15 to 20 percentage points. But Basuki, the president’s now-jailed ally, also had a double-digit poll lead in his campaign for re-election as Jakarta’s governor before Islamic groups began campaigning against him in earnest.

The Islamic organizations seized on a lighthearted reference to a Quran verse that Basuki made during a speech, as part of an argument that it was acceptable for Muslims to vote for a non-Muslim candidate. The Islamic groups staged large street demonstrations in Jakarta against the governor, including one in November 2016 that became violent.

Basuki was charged with blasphemy and lost the April 2017 runoff election to Anies Baswedan, a member of Prabowo’s party. Weeks later, Basuki was convicted and sentenced to two years in prison.

Prabowo and his political ally Susilo Bambang Yudhoyono, a former president, were widely suspected of orchestrating the protests against Basuki to embarrass and weaken Joko, allegations that both men denied. (Yudhoyono’s son, Agus Yudhoyono, had also been a candidate in the Jakarta governor election.)

Some analysts saw the campaign against Basuki as a “dress rehearsal” for the presidential contest.

“I am very worried,” said Benedict Rogers, the East Asia team leader for Christian Solidarity Worldwide, a rights organization based in Britain. “Will religion be used as a card and be dangerous over time? I definitely think so.”

Joko selected Ma’ruf Amin, a prominent conservative Islamic scholar and cleric, as his running mate, seemingly in hopes of warding off attacks from hard-line activists. Ma’ruf, 75, is the chairman of the Indonesia Ulema Council, the country’s largest body of clerics, which supported the prosecution of Basuki.

Prabowo, 66, is a former son-in-law of Suharto, the late dictator. He ran against Joko in 2014 on a platform of strong leadership, law and order, and economic nationalism.

“We fight for all Indonesians regardless of their ethnicity, ethnic group, religious group, whatever their race,” Prabowo said Friday after filing his campaign paperwork. “All Indonesians, our people, we will defend, we will fight for their rights.”

Prabowo has been accused of committing human rights abuses during his military career, including extrajudicial killings and the disappearances of pro-democracy activists in 1997 and 1998. He has denied the allegations and has never been charged with a crime in connection with them. During the 2014 campaign, Joko was accused of being a member of the Indonesian Communist Party, which was banned in 1965 after an attempted coup. Hundreds of thousands of people accused of being communist sympathizers were killed by the military and armed vigilante groups in the years that followed.

Some analysts expect the election to hinge less on religious sentiments than on the economy, which has been growing at an annual rate of about 5 percent — a disappointing figure, for Indonesia — amid shrinking foreign and domestic investment.

Economic inequality has also deepened since Joko’s first term, said Didik J. Rachbini, a prominent economist who founded the Institute for Development of Economics and Finance in Jakarta.

“It’s consumers who are contributing to the 4.9 percent or 5 percent growth,” he said. “It’s not from the budget and not from investment. Economic growth otherwise the past three years has been almost nothing.”