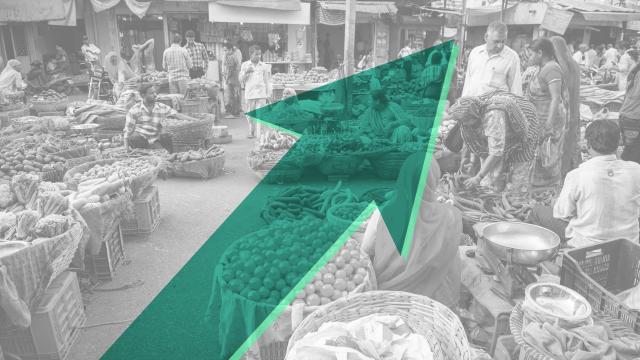 LONDON (CNNMoney) — The world's fastest growing major economy is getting even hotter.

It also means India continues to grow faster than China, which posted growth of 6.8% in the first quarter of 2018.

The latest GDP numbers come amid concerns that rising inflation, fueled by higher oil prices and a weaker rupee, could start to dent growth in India.

Energy minister Dharmendra Pradhan told Saudi oil minister Khalid Al-Falih of his "concern about rising prices and its negative impact on consumers and the Indian economy," the Indian government said.

World oil prices have spiked by 17% in 2018, and are up more than 55% over the past 12 months. Concerns about Iranian exports following President Donald Trump's decision to pull out of the international nuclear deal and a collapse in Venezuelan production have helped drive prices higher.

Oil prices have fallen back in recent days after OPEC and Russia signaled their readiness to start pumping more barrels after a meeting of the cartel next month.

-- Rishi Iyengar contributed to this article.