In Trump’s Immigration Remarks, Echoes of a Century-Old Racial Ranking 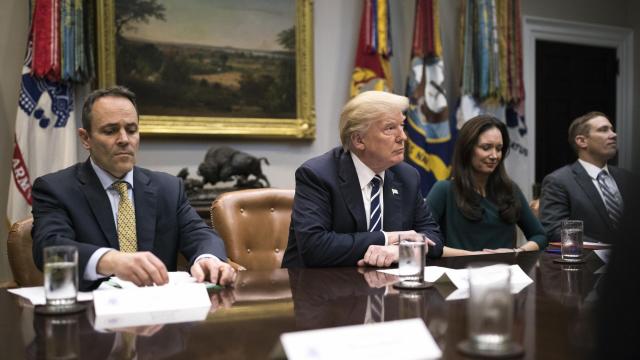 The argument was genteel, the tone judicious, the meaning plain: America, wrote the senator leading Congress’ push for immigration reform in 1924, was beginning to “smart under the irritation” of immigrants who “speak a foreign language and live a foreign life.”

The year before, things had been slightly less decorous. A certain unnamed country in Europe was “making the United States a dumping ground for its undesirable nationals,” the president of the American Museum of Natural History, Henry Fairfield Osborn, told a national immigration conference.

Here in the earliest weeks of 2018, the worldview that last gained wide acceptance nearly a century ago has found perhaps its most succinct expression yet — distilled, this time, to a pungent question from President Donald Trump: Why should the United States take in immigrants from “shithole countries” in Africa over people from places like Norway?

Trump, who made the remark while discussing potential immigration legislation with members of Congress at the White House on Thursday, also asked, “Why do we want people from Haiti here?” “Take them out,” he added. (On Friday, Trump denied that he had used some of the derogatory language, while a senator who attended the meeting confirmed that he had.)

His commentary struck many Republicans as well as Democrats as extreme, if not outright racist. But the words were a Twitter-era detonation of an attitude that once before shaped U.S. immigration policy, an attitude that, even after the country tried to reverse itself by loosening immigration laws in the 1960s, seems to have loitered on in the national attic.

Its resurfacing in the public sphere capsizes a half-century of mainstream consensus: that immigrants enrich the United States, no matter where they come from.

Trump’s remarks were “sadly reminiscent of the language used by nativists and racists in the early 20th century against Eastern and Southern Europeans and Asians,” said Mae Ngai, an immigration historian at Columbia University.

“Obviously he likes Norwegians because they are white,” she added. “But he knows nothing about Norway, a country with single-payer universal health care and free college education. Why would anyone want to leave Norway for the U.S.?”

The more liberal immigration policies of 1965 still form the scaffolding of the U.S. legal immigration system, ushering in — if unintentionally — an America that grows less white every year. For years now, Asians, Africans and Hispanics have accounted for an expanding proportion of the country’s visas.

But first came 1924, when the people in charge spoke openly of ranking immigrants of certain origins above others.

That was the year Congress passed an immigration overhaul that set strict quotas designed to encourage immigrants from Western Europe, block all but a few from Southern and Eastern Europe and bar those from Asia. Overall immigration levels were slashed. The racial theories at play in the legislation, wrote the immigration historian Roger Daniels, would later become the first draft of “the official ideology of Nazi Germany.” There were some familiar refrains in the 1924 immigration debate. Cheap immigrant labor had depressed wages, the restrictionists said. Immigrants had seized jobs from Americans, they said. But it was also heavy on racist rhetoric aimed at preserving what eugenicists and social theorists of the time called the “Nordic” race that, in their telling, had originally settled the United States.

The bill’s authors had been avid readers of the 1916 book “The Passing of the Great Race,” in which the eugenicist Madison Grant warned that the country was in danger of a “replacement of a higher type by a lower type here in America unless the native American uses his superior intelligence to protect himself and his children from competition with intrusive peoples drained from the lowest races of Eastern Europe.”

Under the 1924 law, the number of visas given to each country could not exceed annual quotas based on the number of people from that country who were living in the United States as of the 1890 census, before the flow of new Americans had begun to tilt away from Western European countries.

The United States, the law’s supporters said, could now dispense with the “melting pot.” The only new immigrants who would be allowed to come would already look, act and speak like the Americans already here.

“Each year’s immigration should so far as possible be a miniature America, resembling in national origins the persons who are already settled in our country,” the bill’s chief author, Sen. David A. Reed of Pennsylvania, wrote in The New York Times on April 27, 1924.

Englishmen and Germans were welcome; Italians and Jews, not so much. No Asians need apply. (Incidentally, Norway, home to many Nordics, was also subject to a quota, though it was given significantly more slots than countries including Greece, Spain, Turkey and Hungary.)

By 1965, Congress had repealed the per-country quotas, replacing them with a system that emphasized new immigrants’ family ties to American citizens and residents and, to a lesser degree, the skills they brought. Under the framework established then, people already admitted to the United States can sponsor their relatives overseas through the process Trump calls “chain migration.” Others now come for jobs, for study, as refugees or through the diversity visa lottery, a program put in place in 1990 and intended for nationalities that are underrepresented in the normal immigration stream. Conservative members of Congress, including some Democrats, had fought to include the family-based preferences for relatives of people living in the country, believing, according to historians, that more white Europeans were likely to come that way. But fewer Europeans, and far more Latin Americans and Asians, knocked on the door.

In the 2016 fiscal year, according to government statistics, there were about 98,000 people from Europe who became lawful permanent residents. More than four times as many, 443,000, came from Asia, and half a million from North, South and Central America and the Caribbean. Africa sent another 111,000. Overall, nearly 1.2 million people obtained green cards that year, compared with about 700,000 in all the years from 1930 to 1939 combined.

The consequences of the 1965 law were unforeseen by all. They were downright alarming to some.

In an October 2015 radio interview with Stephen K. Bannon, who would become Trump’s chief strategist, Sen. Jeff Sessions of Alabama, who would become attorney general, pointed out that the country’s population was heading toward a historically high proportion of foreign-born Americans. Sessions, a longtime supporter of tighter controls on immigration, helped craft Trump’s immigration proposals during the presidential campaign in 2016.

“When the numbers reached about this high in 1924, the president and Congress changed the policy, and it slowed down immigration significantly,” Sessions said. Those who came to the United States through the 1924 quotas assimilated into the country and helped create “really the solid middle class of America,” he continued.

But, he said, “We passed a law that went far beyond what anybody realized in 1965, and we’re on a path now to surge far past what the situation was in 1924.” Sessions and Trump have called repeatedly for ending chain migration and the diversity visa lottery. Haitians, too, have found themselves partially shut out by the Trump administration. In November, homeland security officials announced that they would end a humanitarian program that had given some 59,000 Haitians temporary permission to live and work in the United States since an earthquake shattered their country in 2010.

Living conditions in Haiti, they said, had improved enough that Haiti could “safely receive” its citizens.