In Sydney, a Feud Over Nightlife Intensifies 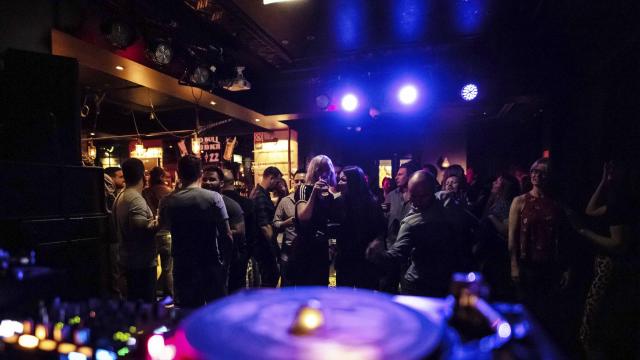 SYDNEY — The streets are no longer busy at all hours. There are fewer places to dance or hear live music, but also fewer scenes of public drunkenness and violence.

Is this what Sydney, once heralded for its carefree hedonism, wants to be?

Nearly five years after state legislation restricted the hours of alcohol service across the heart of Australia’s largest city, Sydney is again struggling over rules, risk, fun and freedom.

Supporters argue the laws, which generally restrict access to bars and clubs after 1:30 a.m., have reduced assaults. Opponents counter that they have just pushed trouble to new places while draining the city’s heart of creativity.

At the core of the argument — which will intensify when state lawmakers begin considering a repeal this week — is whether Sydney can truly be a great city without a 24-hour culture, when curfews cut nights short or push the adventurous to a politically connected casino.

“People want a city that they feel like they have agency over,” said Tyson Koh, a spokesman for Keep Sydney Open, an advocacy group pushing to repeal the lockout laws.

“We’ve lost confidence as a city,” he added. “If a city is only good during the day, then it’s really half a city, isn’t it?”

Many of the world’s cities manage late night indulgence more than restrict it. New York, like Amsterdam before it, now has a nightlife mayor to work out after-hours conflicts. Hong Kong restricts vehicular access to Lan Kwai Fong, its legendary nightspot.

Even Sydney’s rival, Melbourne, is making an effort to embrace the night. “We are Australia’s only truly 24-hour city,” said John Eren, Victoria’s minister for tourism and major events.

But in Sydney and the state of New South Wales, moderation has been elusive. That is partly because the laws’ origins are rooted in tragedy: On New Year’s Eve in 2013, Daniel Christie, 18, was celebrating in the Kings Cross neighborhood, then Sydney’s red light district, when a drunken stranger knocked him to the ground with a single blow that later killed him.

Another 18-year-old, Thomas Kelly, had died in Kings Cross after a single punch in 2012.

The public outcry was swift, pinpointing the neighborhood’s drunken revelry. A lobbying effort, spearheaded by the victims’ families, quickly led Barry O’Farrell, then the premier of New South Wales, to implement drinking restrictions and a curfew. Across Sydney’s busy center, venues prohibit entry after 1:30 a.m. and stop alcohol service at 3 a.m.

For patrons and business owners, who were used to a system of liquor licensing that allowed many venues to be open 24 hours, the legislation was a sudden shock.

One month after Christie died, many of Sydney’s bustling nightlife hubs fell quiet.

“You could throw a tennis ball down the middle of Oxford Street and not hit anyone,” said Charlie Lehmann, a bar owner and secretary of the Independent Bars Association, referring to a popular gay-friendly area.

The changes have rippled through the city. They have provided incentives for new luxury developments. They have led to shifts in policing and transportation patterns, while redefining what it means to be young here.

But for a few neighborhoods, the legislation’s effects are especially profound, and ongoing.

For younger Sydneysiders, a night in Kings Cross was a rite of passage. Nestled just far enough from Sydney’s business district, it was a freewheeling, chaotic playground where alcohol flowed freely, prostitution was regulated and cheap clubs pumped music until dawn.

That fun was accompanied by crowds, fights and puddles of vomit.

These days, it’s a quieter place. Many sex work establishments have shut down. Violence has clearly declined as well.

“It fell off a cliff,” said Don Weatherburn, director of the state’s Bureau of Crime Statistics and Research. A 2017 bureau report found that nondomestic assaults had decreased in Kings Cross by 49 percent since the law took effect.

In the rest of the lockout zone, which spreads south and west, that number has dropped 13 percent, in line with citywide trends.

On a recent Saturday evening, the people strolling down the streets in Kings Cross seemed dressed more for dinner than dancing. In one pub, patrons sipped beers as a guitarist performed in the corner. Beside new eateries, a new apartment complex has sprung up, as has a putt-putt golf bar.

Some Kings Cross residents are pleased with the change. Once described as trashy, the area is now... “Nice? Breezy? Leafy?” said Floyd Wind, a patron at Sweetheart’s Rooftop, a bar decorated with strings of hanging light bulbs.

But for hospitality workers across the lockout zone, it has come at a cost: their livelihoods.

“Five years ago, not one street on Kings Cross was empty,” said Hassan Elzein, a security guard working outside World Bar who was scanning IDs into a machine. “Now 1 o’clock, we’ll be shutting down.” The shift has been especially severe for those who invested just before the change. Alex Dowd, for example, opened Cliff Dive on Oxford Street just three months before the lockout laws took effect.

The property’s 24-hour license figured into the value of the lease and his business plan for an all-night inclusive escape. Initially, Cliff Dive opened from 4 p.m. to 5 a.m., Wednesday to Sunday. Now, it operates only two nights a week.

“We immediately lost 65 percent of our revenue,” Dowd said. “The laws vastly changed our live music and entertainment offerings because of what we were able to afford.”

Many places just shut down. As of May, 418 licensed premises in the lockout zone have closed since the lockout began, according to state regulators.

“All it’s done is pushed it all away from here,” said Elzein.

Weatherburn of the Bureau of Crime Statistics said there had already been some displacement of violence. “The crucial thing to bear to mind is this is a movable feast,” he said.

Newtown, a trendy neighborhood just outside of the lockout zone, is inheriting the worst and best of old Sydney.

It’s an area with the creativity and agency Koh longs for: Music venues fill up for up-and-coming and international acts; young creatives and bohemian veterans fill the bookstores, dives and restaurants.

But as people seek to avoid the curfews of the lockout zone — along with rules that ban shots after midnight and other restrictions — Newtown often feels overwhelmed.

After midnight one recent Saturday, half a dozen police officers congregated outside a pub where word of a fight spread through the sweaty, dancing crowd.

Outside another popular bar, the Bank Hotel, a large sign signified recent frustrations. “We have no time for homophobia, racism, sexism, transphobia, disrespect,” it declared.

Before the laws, the area was a safe space for the LGBT community, said Leigh Crawley, the assistant manager at The Bank. Now, the crowd leans more mainstream, and more intoxicated.

“A lot of people get aggressive when they get refused entry or asked to leave,” he said. “It’s fist fights. They’ll get verbally aggressive.”

Violence is up here and in the other areas beyond the lockout zone: Since 2014, nondomestic assaults related to alcohol increased 12 to 17 percent in these areas, government figures show. To address this, venues across Newtown’s main street unanimously agreed this month to ban groups from party buses. Many have also adopted a voluntary 3 a.m. curfew to further discourage late night intoxication. Still, many feel that broader changes are needed.

“Knowing Newtown for what it was, it’s a little bit heartbreaking seeing it turn into The Cross,” said Crawley at The Bank. “Now that the locals know what it’s like, they won’t come out anymore.”

We Have a Winner: The Casino

There is one place in particular where partygoers are welcome late: a glitzy casino known as The Star Sydney, and its nightclub, Marquee.

On most weekend nights, among the frenetic lights, dozens of clubgoers wait behind a velvet rope to get in. “Everyone ends up here anyway,” said Mary Youkhanna, 25, who stood with a group of girlfriends.

On a map of the lockout zone, the Star — as well as Barangaroo, a harborside stretch where a large Crown Sydney Casino is expected to open in 2019 — falls outside the restricted area. Critics of the laws say the casino owners have engineered themselves an advantage.

The Star has contributed to the Thomas Kelly Youth Foundation, named for one of the young men killed in Kings Cross, which lobbied for the introduction of the lockout laws.

Two high-ranking members of the NSW Liberal Party, which put the laws into effect, have since left government to take jobs with the Star Entertainment Group.

In an interview, Paul Toole, the minister for racing (whose office also oversees liquor and gambling), denied that The Star’s exemption was political.

“I’d say to those people that make these conspiracy claims and these allegations, where’s your evidence?” Toole said. “Provide your evidence or shut up.”

True or not, the casino’s exemption has reinforced the public perception that “the government is soft on ‘mates in high places'” and advantages the wealthy and powerful, said Murray Lee, a professor of criminology at the University of Sydney.

Many others agree. “The state of New South Wales is in business with the Star Casino,” said Lehmann, the bar association secretary who owns the Ramblin Rascal Tavern.

A spokeswoman for The Star said any suggestions of foul play were “inaccurate, inflammatory and ill-formed.” She added: “There is also a higher level of oversight and regulation of The Star than for any other licensed venue in NSW.”

Setting the casino aside, the government has started to walk back some restrictions.

After a 2016 state review, a pilot program now allows some venues to extend their hours by 30 minutes. Liquor store sales in the lockout zone are now permitted until 11 p.m., not 10 p.m.

There are also signs of adaptation: A study released in early September showed that small bars are springing back, with a rise in drinking establishments during 2016 and 2017. Toole said the government is open to additional changes. The bill being introduced this week would repeal the curfews regulating when people can enter a bar or club. Whether it passes or not, a government-commissioned review and upcoming parliamentary inquiry — along with an election in March — will likely bring out new ideas.

People on both sides of the divide agree that any change to the laws would allow Sydney to send a message — both to the world and to itself — about its future identity.

Less clear is whether a truce can be negotiated between freedom and safety, creativity and practicality.