In Stand of Trees, a Holiday Haul for the Naughty 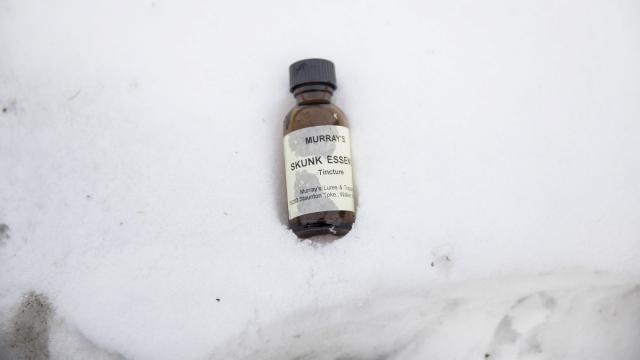 For America’s Christmas trees, it seems no place is safe. Spruces, firs and even artificial evergreens have vanished in recent weeks, leaving behind a trail of conifer crime scenes.

Already hit: a charity sale in Illinois, a tree farm in Massachusetts and a Whataburger restaurant in Texas.

Purveyors of holiday greenery are not taking the thefts quietly.

In upstate New York, the owner of a farm installed security cameras after three colorful trees were stolen. In Philadelphia, the police released footage of a man grabbing a decorated tree, in hopes of catching him. And at the University of Minnesota, landscaping crews bought bottles of skunk essence to spray on their live spruces — ones that were never meant for living rooms.

“If people know there’s the potential that they might get a stinky tree, they’re probably less likely to cut one down,” explained Tom Ritzer, the university’s assistant director of landcare. (The University of Idaho uses a slightly different theft-deterring potion: a blend of fox urine and skunk scent. It even published a recipe.)

In Minnesota, Ritzer estimated that one or two campus evergreens are stolen each year, including a hearty spruce hacked down last month before the skunk-scent-spraying efforts began.

“They had a pretty sharp saw,” Ritzer said.

Sadly, Christmas tree crime is nothing new, and it is hardly the only form of holiday larceny. So-called porch pirates terrorize online shoppers by following delivery trucks and snatching packages. And baby Jesus figurines are snatched from Nativity scenes with sinful frequency. But tree thieves have struck again and again this season, in small towns and big cities, seizing piney shrubs and giant spruces that could dominate any living room.

No one seems to keep national statistics on stolen trees, and industry groups say they have not seen a noticeable uptick. But this year’s thefts come amid a tight market for Christmas trees, making it harder for victims to restock.

In Virginia Beach, Virginia, where Bill Schratwieser and his wife run a gift shop and tree stand, around 20 Fraser firs went missing this month, a major financial blow to the small business. Because of the limited supplies, Schratwieser had already stocked fewer trees than he had wished.

“We never raised our prices,” he said, “but there are a lot of places that have jacked up prices because of the shortage.”

Schratwieser said the thefts felt like “getting punched in the stomach,” although he said he was heartened by an outpouring of support when his loss made the rounds on local news stations. One stranger insisted on giving him $40. Another tree merchant gave him some to sell.

Still, the thievery grated at him. “Who steals a Christmas tree?” he asked.

Lots of people, it seems, including a thief who grabbed a small tree with homemade ornaments from the front counter of a Whataburger restaurant in Texas. The theft led to a manhunt that included an elaborate Facebook post from the local police, who created a whodunit video set to Dr. Seuss’ “How the Grinch Stole Christmas” theme song and noted that restaurant employees had pooled their money to buy the tree.

“It’s a shame the Grinch decided to do what he did, but we have no problem arresting this ‘heartless-soul,'” the Seguin police wrote in a social media post complete with Whataburger puns and a reward: a Whataburger gift card.

As the surveillance video circulated, the Whataburglar had a change of heart, much like the other Grinch. He returned the tree, surrendered to the police and agreed to perform community service as punishment.

Elsewhere, trees keep disappearing. In Mobile, Alabama, employees of Big City Toys arrived at work this month to find that the artificial evergreens outside their store had vanished. Rather than mope, they decided to buy more Christmas trees and give them away for free.

“Some people need these trees to have a little bit of happiness in their life,” said Kristi Houseknecht, a store manager.

All the free trees went to new homes within two days. One was delivered to a man in hospice care. Another went to a recently released convict who could not afford a tree for her children.

In the end, the missing trees that had inspired the giveaway turned out not to be stolen at all. Someone at the toy store had moved them to an indoor storage room during a rainstorm.

There was no such happy ending in Minnesota, where the skunk-spray initiative came too late to spare the spruce that vanished from the university’s campus. The stolen tree — now just a sad stump in the snow — had been in a line of evergreens planted about a decade ago.

Ritzer, the campus landscaping manager, said he expected the university to spend around $2,500 to dig out the stump and plant a new tree. Otherwise, he said, “it will look like a missing tooth in a smile.”