In SoHo, Fresh Fruits and the Tarts They Inspire 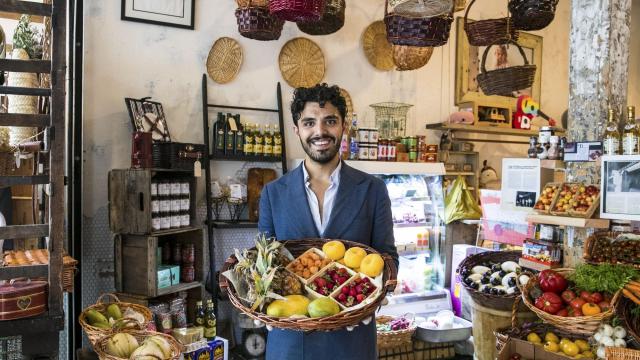 NEW YORK — For Daniel Soares, a fourth-generation Balducci, the idea of a produce pop-up takes his family connection full circle. “My great-great grandfather, Louis Balducci, started with a pushcart,” said Soares, whose family has run Balducci’s food markets for generations in New York. “This pop-up is today’s equivalent.” Soares’ six-week project is named for his grandmother Grace Balducci, who is still involved in the company. It features a selection of often hard-to-find ripe fruits and vegetables mostly from California, including yellow donut peaches, white cucumbers, blueberry grapes, baby pineapples and big, juicy golden kiwis. He also carries a selection of dried pastas, olive oils, canned tomatoes and cheeses. This minimarket is at the entrance to the Maman shop in SoHo.

For just a week, pastry chef Dominique Ansel is taking advantage of many of the same kinds of fruit that Soares is selling to make tarts. Donut peaches, champagne mangoes and strawberries from Harry’s Berries in California are some of the varieties that he’s layering with ganache and jams in delicate pastry crusts to make dazzling éclair-size tartlets in 11 flavors ($8 each).