In Prison for 16 Years, and Still Waiting for a Verdict 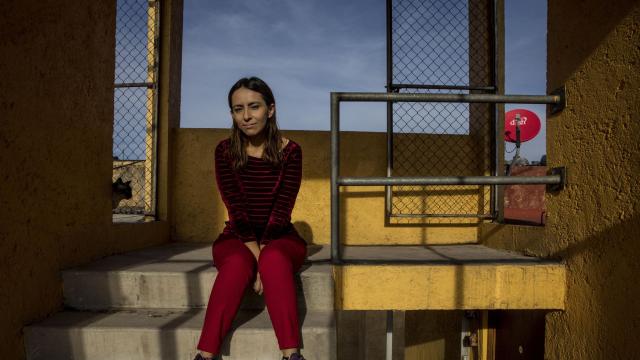 MEXICO CITY — Time seems to have stopped inside cell No. 6 of Barrientos state prison, where Daniel García has been held for more than 16 years without a verdict.

His distorted perception of time became clear more than a decade ago, when he sent his two daughters a dollhouse as a gift, seemingly unaware that they had grown into adults since 2002, when he was accused of murder and locked up.

García is caught in the legal trappings of Mexico’s old judicial system, which allowed those accused of crimes ranging from murder to minor offenses to be held indefinitely as their cases dragged on for years.

The Mexican government does not keep track of the average time that suspects like García are kept in pretrial detention. But the United Nations Working Group on Arbitrary Detention, which reviewed his case, has called his arrest “arbitrary” and described the use of preventive prison in his case as “quite exceptional.”

The working group has urged García’s immediate release, but the Mexican government has disregarded the recommendation, blaming the delay on the more than 15 appeal motions filed by García’s defense.

“That argument is a crazy,” said José Antonio Guevara, the director of the Mexican Commission for the Defense and Promotion of Human Rights. “The system punishes people for defending themselves.”

García’s case is extreme, but he is hardly alone. Nearly 40 percent of Mexico’s 204,442 prisoners were in pretrial detention as of March, according to the World Prison Brief compiled by the Institute for Criminal Policy Research in the United Kingdom.

An overhaul of the judicial system, passed in 2008, gave hope to prisoners like García, who were languishing in prison without completed trials or sentences and had been arrested under the former rules.

Its goal was to transform a slow and opaque process in which trials happened behind closed doors and where, too often, evidence was based on torture, forced confessions or fabricated proofs into one that relied on open-court trials, with a higher threshold for evidence and faster adjudication and sentencing.

The legal overhaul also limited the time that suspects could be held in pretrial detention, and allowed the use of alternative measures like house arrest or electronic bracelets.

The United States provided hundreds of millions of dollars to facilitate the transition to the new system, which was intended to curb corruption, increase public trust in the justice system and help strengthen the rule of law.

But García’s case, like others filed before the change, will continue to run under the old rules, even though human rights advocates and criminal justice experts say it exemplifies the flaws of the previous system.

The case began in February 2002, when García was arrested in Atizapán de Zaragoza, a town in the state of Mexico, about 20 miles northwest of Mexico City, and accused of ordering the murder of María de los Angeles Tamés, a town councilor who had been slain five months earlier.

Soon after García’s arrest, and before his trial began, Alfonso Navarrete, who was then the state’s attorney general and is now Mexico’s secretary of the interior, appeared on television accusing both Antonio Domínguez, who was then the town’s mayor, and García, who was the mayor’s private secretary, of murder and drug trafficking.

It was the beginning of what García described as an attempt to use him to build a case against Domínguez. Interviews with the attorneys involved and a review of court documents by The New York Times raise serious questions about the case.

García testified in court that, at the moment of his arrest, a local prosecutor said they had no evidence against him but demanded his cooperation to frame Domínguez. When García refused to do so, the prosecutor threatened to throw him and other members of his family in prison.

In the following months, four of García’s relatives, including one brother and his father, both city hall employees, were arrested and accused of being co-conspirators in the murder. They were all released shortly after, with no charges.

García’s attorney, Simón Hernández, from the Institute of Penal Justice, a legal clinic in Mexico City, said intimidation of this sort is not uncommon. The penal justice system in the state of Mexico is among the most flawed and corrupt in the country, according to the World Justice Project.

The case was initially built on the testimony of three witnesses who claimed they had overheard a man named Jaime Martínez Franco claim that García had hired him to kill Tamés.

Months later, a fourth witness, Reyes Alpízar, confessed he went to the victim’s house with Martínez and saw the shooting. He was charged with being a participant in the murder.

Alpízar and one of the initial witnesses later recanted their testimony, saying they had been tortured by police into signing false statements.

Alpízar was so brutally beaten he had to go to an emergency room. Medical examinations introduced in court confirmed he had been tortured. But he also remains in prison without a sentence.

Almost a year after García’s arrest, a local journalist revealed that the alleged gunman, Martínez, had been in prison in a different state on the day of the murder.

Domínguez, the mayor who faced the same charges as Mr. García, was released four years after his arrest.

It took eight years for Mexico’s landmark judicial reform to be put into effect nationwide. García followed the process closely, including the introduction of new laws that limited to two years the time a suspect could be held in preventive detention. He felt confident the changes would help him.

The new rules have, in fact, sped up processing, raised the bar for admissible evidence and improved protections for criminal defendants, making it far less likely that a suspect would be held for as long as García has been, legal experts said. But suspects charged with serious felonies, including murder, kidnapping and drug trafficking, are still automatically thrown in prison and may remain in custody for longer than two years if they choose to appeal court rulings.

Legal experts argue this element is contrary to the spirit of the legal reform, and against international legal standards.

“By keeping the compulsory preventive imprisonment, even if it is reserved only for certain crimes, we are left with a glass of clean water with drops of poison,” said Jorge Gutiérrez, a professor of criminal law in the National Institute of Criminal Sciences, in Mexico City.

But this measure does have popular support, he said, adding that in a country dealing with rampant violence and weak institutions, the public often favors such punitive laws. In the midst of a surge in violent crime, several bills are now being debated in congress to increase the number of felonies that would require mandatory preventive custody.

“There is a collective idea that there is no justice without prison, that imprisonment equals accountability,” said Gutiérrez. García’s hope now lies with the Inter-American Commission on Human Rights, which has taken on his case and could recommend his release.

To ease the sting of loneliness and despair, García spends his days studying the laws that keep him behind bars — and refining the art of making time stop, he said in a recent prison interview.

“It is kind of lost to me somewhere in space, the amount of time I have spent in here,” he said. “Maybe one day it will hit me, but hopefully I won’t be in here anymore.”