In Immigration Courts, It Is Judges vs. Justice Department 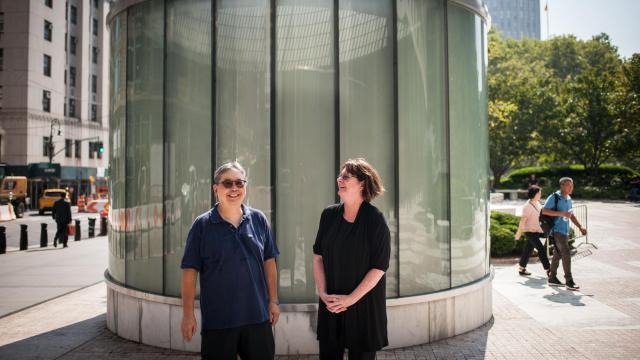 As the Trump administration pursues a hard-line policy on immigration, it is facing resistance from an unexpected quarter — judges who rule on whether immigrants will be deported or be allowed to stay in the country.

Immigration judges are objecting to a series of policy and personnel changes that their bosses at the Justice Department say are aimed at speeding up the immigration courts, which as of the end of June had a backlog of 732,730 cases, 94,871 of them in New York, according to the department’s Executive Office for Immigration Review.

Some judges, including those in the New York courts, interpret the new policies, which include quotas on how many cases they must hear, as an attempt to control their decision-making.

“There’s been so much focus on efficiency and speeding up the process,” said New York Judge Amiena Khan, speaking as the executive vice president of the National Association of Immigration Judges, the judges’ union. To the union, she said, the changes seem like an attempt to turn judges from neutral arbiters into law enforcement agents enacting Trump administration policies.

In a statement, a Justice Department spokesman called the changes “a series of common-sense reforms” that will realign “the agency towards completing cases, increasing both productivity and capacity and changing policies that lead to inefficiencies and waste.” The union is renegotiating its contract with the Justice Department.

New York’s immigration judges have long taken an independent line. While nationally, judges granted asylum to about 47 percent of immigrants from the 2012 fiscal year to 2017, according to statistics from the Transactional Records Access Clearinghouse, a research group at Syracuse University, the approval rate was nearly 83 percent among New York’s judges during that same time period.

Sitting judges are prohibited from speaking directly about issues that could be seen as political. But retired judges are not, and Margaret McManus, 67, who left the New York immigration court after 27 years at the end of 2017, said, “I must say, it was not a very nice year.”

Before the Trump administration, “there would be changes in policy but not so dramatic,” she said. “They never told us what to do with the case, they said, ‘Do the case.’ It wasn’t outcome-oriented.”

Immigration judges are appointed by the attorney general and are part of the Justice Department; they are not technically an independent judiciary.

The judges have long said they are deciding the fates of immigrants in a traffic-court setting. They wear robes, but do not have gavels. Instead, they pound date stamps on the pages of filings that come across their desks.

In April they were rattled when the Justice Department began requiring them to provide a detailed itinerary of upcoming foreign travel — car rental agencies, hotels and names of foreign nationals they were visiting — to maintain their security clearance. Although all department employees were required to submit the new information, the judges found it “invasive,” said Los Angeles Judge Ashley Tabaddor, speaking as the president of the union.

Other changes have been more substantive. In June, Attorney General Jeff Sessions issued a ruling making it more difficult for victims of domestic violence or gang violence to make asylum claims.

He also limited judges’ ability to put cases aside, for instance, while an immigrant sought legal status another way, such as by applying for a green card.

After a Philadelphia judge, Steven A. Morley, postponed a case because he thought the immigrant had not received proper notification, the Justice Department in July reassigned all of his 87 similar cases — saying it had reason to believe he had “committed potential violations” of law and policy. The union filed a grievance, arguing the government was trying to influence the outcome of the case.

Then, in August, Sessions declared that if judges saw it necessary to postpone a hearing — as they had in the past, for instance, to give a lawyer more time to prepare — they had to show “good cause.”

David Martin, a professor emeritus of law at the University of Virginia and a former lawyer for the Department of Homeland Security, said he understood the government’s perspective. He said immigration lawyers have used postponements to “string things out,” on the theory that the longer immigrants are in the country, the harder it is to deport them.

But what has upset judges the most is that beginning Oct. 1, they will have to meet a quota of 700 cases completed a year or they could be fired. To complete a case, they must let an immigrant stay in the country legally, issue a removal order or terminate the case because the immigrant’s status had changed. They could get negative performance reviews if 15 percent of their decisions get overturned on appeal.

The Justice Department said that from 2011 to 2016, judges completed an average of 678 cases per year.

Judges are being monitored on a performance dashboard on their court computers, which indicates if they are keeping up their pace.

Tabaddor called the new policies “huge psychological warfare,” and said judges were being pushed to move faster at the expense of denying immigrants their rights in court. In testimony to the Senate in April, Tabaddor said the union also wants to reduce the backlog of pending cases, in part by hiring new judges. It wants an increased budget and more administrative assistance.

One day last month, Khan was plowing through 56 cases for her morning docket. She was scheduling asylum hearings for fall 2021, saying perhaps they could be moved up “if we get additional resources.”

So far, it is hard to say whether the changes have affected immigrants in the New York courts. One Brooklyn nonprofit, Central American Legal Assistance, said that after Sessions’ asylum ruling in June, New York judges still granted asylum in 15 out of 20 cases. Lawyers reframed cases by arguing that their clients, for example, were witnesses to crimes or were persecuted because of family ties to either the police or organized crime.

“You can’t just end asylum,” said Heather Axford, a lawyer for the Brooklyn nonprofit. In fact, she said, in ruling to restrict asylum, Sessions had increased the backlog because lawyers are making more specific arguments that cause other cases to be postponed.

Across the country, there has been a rash of retirements of immigration judges. In New York alone, five retired in the last 15 months, including McManus and George T. Chew, a 22-year veteran who warned younger judges to “dispense mercy with justice” at his going-away party.

As part of its efforts to speed up the court, the Justice Department added four New York judges, bringing the total to 30. Another three start next month, and new courtrooms are being built.

Overseeing them will be a new presiding judge, Daniel J. Daugherty, a former chief trial judge for the Navy and a Marine Corps veteran who still sits on the bench in Las Vegas. Daugherty had an 86.5 percent denial rate of asylum claims, which made him the most lenient of the four judges in Las Vegas, according to the Syracuse research group.

“He runs a very dignified courtroom,” said Michael Kagan, the head of the immigration clinic at the University of Nevada-Las Vegas.

But Sarah Burr, a retired judge who was the supervising judge in New York until 2012, said Daugherty’s appointment seemed by design: “I think it’s absolutely a signal to the New York judges to adhere faithfully to what the attorney general’s program is,” she said.