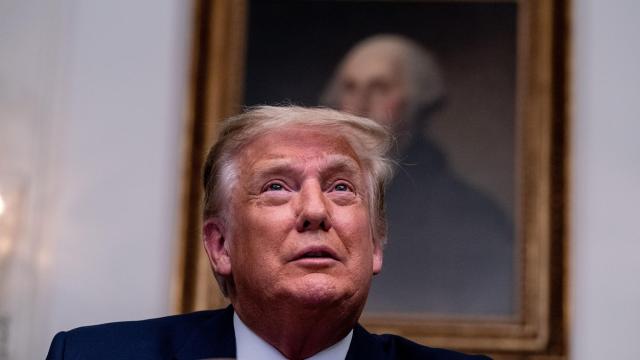 In a blistering decision, a Philadelphia appeals court ruled Friday that the Trump campaign could not stop — or attempt to reverse — the certification of the voting results in Pennsylvania, reprimanding the president’s team by noting that “calling an election unfair does not make it so.”

The 21-page ruling by the 3rd Circuit Court of Appeals was a complete repudiation of Trump’s legal effort to halt Pennsylvania’s certification process and was written by a judge that he himself appointed to the bench. “Free, fair elections are the lifeblood of our democracy,” Judge Stephanos Bibas wrote on behalf of the appeals court in a unanimous decision. “Charges require specific allegations and then proof. We have neither here.”

Many courts have used scathing language in tossing out a relentless barrage of lawsuits filed by the Trump campaign and its supporters since Election Day; but even so, the 3rd Circuit’s ruling was particularly blunt.

“Voters, not lawyers, choose the president,” the court declared at one point. “Ballots, not briefs, decide elections.”

The court accused the Trump campaign of engaging in “repetitive litigation” and pointed out that the public interest strongly favored “counting every lawful voter’s vote, and not disenfranchising millions of Pennsylvania voters who voted by mail.”

Even though Republican plaintiffs have continued filing lawsuits challenging the integrity of the elections and Trump has not let up on baselessly questioning the election results on Twitter, judges around the country — some of them appointed by Republicans — have held the line, ruling over and over that the legal actions in several swing states lack both merit and sufficient proof.

Last week, a federal judge in Atlanta appointed by Trump denied an emergency request to halt the certification of Georgia’s vote, saying that such a move “would breed confusion and disenfranchisement that I find have no basis in fact and law.”

Then there was the judge whose ruling was upheld by the 3rd Circuit, Matthew W. Brann of U.S. District Court in Williamsport, Pennsylvania. When Brann, a former Republican official and member of the conservative Federalist Society appointed by former President Barack Obama, dealt Trump’s team an initial legal defeat last Saturday, he likened the suit to “Frankenstein’s monster,” saying it had been “haphazardly stitched together.” He also noted that the suit was filled with “strained legal arguments” and “speculative accusations” that were “unsupported by evidence.”

The Pennsylvania decision came on a day of baseless tweets from Trump that the election was “a total scam,” that he “won by a lot” and that the news media “refuse to report the real facts and figures.”

Still, when asked Thursday if he would leave the White House if the Electoral College, as expected, formalizes Biden’s victory, the president said: “Certainly I will.”

On Friday, moments after the three-judge panel from the 3rd Circuit handed down its ruling, Jenna Ellis, one of Trump’s lawyers, wrote on Twitter that she and Rudy Giuliani, who is leading the president’s postelection legal campaign, planned to appeal to the Supreme Court. In her Twitter post, Ellis accused “the activist judicial machinery in Pennsylvania” of covering up “allegations of massive fraud” despite the fact that all three judges on the panel were appointed by Republicans.

But even if the Supreme Court granted the Trump campaign’s proposed request to reverse the 3rd Circuit, it would not get much, given the narrow way in which the appeal was structured.

Trump’s lawyers had asked the appeals court only for permission to file a revised version of its original complaint to Brann. If the Supreme Court abided by the strict terms of the appeal, it could do no more than return the case to Brann’s court for further action.

In a letter to the 3rd Circuit earlier this week, lawyers for Trump had suggested that the appeals court could, on its own, reverse the certification of Pennsylvania’s vote, which took place Tuesday when Gov. Tom Wolf signed off on the slate of 20 electors and solidified President-elect Joe Biden’s victory there. Georgia certified its vote last week after a hand-recount of its 5 million ballots left Biden’s victory intact. But Trump’s lawyers stopped short of formally requesting such a move.

Still, the appeals court shot down that suggestion too, saying the campaign’s arguments for effectively undoing Pennsylvania’s election had “no merit” and would be “drastic and unprecedented.”

“That remedy would be grossly disproportionate to the procedural challenges raised,” the judges wrote.

In the initial complaint, the campaign’s lawyers had argued there were widespread improprieties with mail-in ballots in Pennsylvania and that Trump’s poll challengers were not allowed proper access to observe the vote and vote count.

But the appeals court dismissed these arguments as “vague and conclusory.”

Trump’s lawyers never alleged “that anyone treated the Trump campaign or Trump votes worse than it treated the Biden campaign or Biden votes,” the court wrote. “And federal law does not require poll watchers or specify how they may observe.” The underlying lawsuit has been beset by legal stumbles almost from the moment it began on Nov. 9.

One week after it was filed, the Trump campaign was already on its third set of lawyers. On Nov. 17, Giuliani, rushing into the matter, personally appeared at a hearing in front of Brann and gave a disjointed opening statement that mentioned Mickey Mouse, former Mayor Richard M. Daley of Chicago and the Philadelphia mafia.

Giuliani also contradicted Trump — and his own public statements — by admitting at the hearing that no one was accusing Pennsylvania elections officials of committing fraud.

The appeals court seemed to throw that statement back in Giuliani’s face in its decision.

“The Trump presidential campaign asserts that Pennsylvania’s 2020 election was unfair,” it wrote. “But as lawyer Rudolph Giuliani stressed, the campaign ‘doesn’t plead fraud.’”