In final day of early voting, people wait and run to cast ballots

Raleigh, N.C. — Beautiful weather and the final day of early voting made for long lines Saturday at many early voting locations across the Triangle.

Voters at the Talley Student Union at North Carolina State University had to be in line by 1 p.m. to be able to cast their ballots. Lines there stretched along the building.

Some made it, and some didn't. Some reached out to WRAL, disappointed they were cut off from early voting.

The WRAL political team found that this year, there were fewer early voting sites than in 2014.

A new law required sites to be open from 7 a.m. to 7 p.m. on weekdays, so some counties opted for fewer locations so they wouldn't have to foot the bill for extended hours. 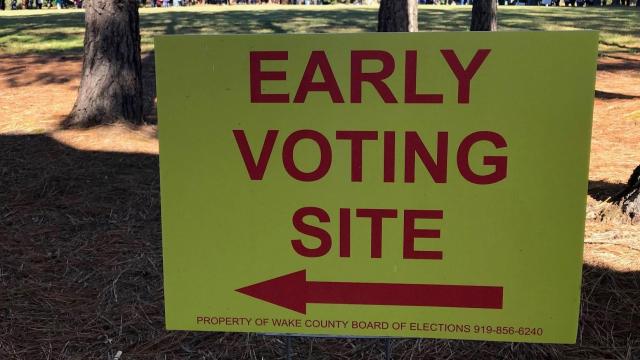 In Knightdale, one person said wait times for people in line were up to four hours, and in Apex, long lines were seen wrapped around a building.

In downtown Raleigh, a line of cars backed up onto Martin Luther King Boulevard as voters lined up to cast ballots at Chavis Community Center. 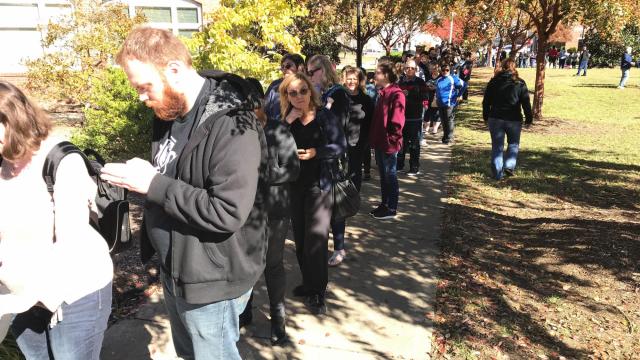 Saturday was the last chance to vote early. Polls open across the state at 6:30 a.m. Tuesday and close at 7:30 p.m.

At the Talley Student Union on Saturday, Shana Ricketts made it in line just in time.

“I just heard someone on the speaker say, ‘OK, you guys have less than a minute to get here,’ and was like, ‘What?’” she said. “Gone, I was just gone. I was like, ‘I’ve got to make it in these little booties.’ I do it every year, and it’s important.

As of 3:30 p.m. Saturday, more than 2 million voters statewide had cast ballots early. It’s an increase of 73 percent compared to early voting in 2014.

To find more information about voting locations or to preview your ballot: click here.

For some fun, you can also call 540-4-VOATES. The band Hall & Oates teamed up with Twilo and Lyft to "get out the voates."

After the message, press any key to get information about your polling location texted to your cell phone.

You'll also get a link to get 50 percent off a Lyft ride to the polls.