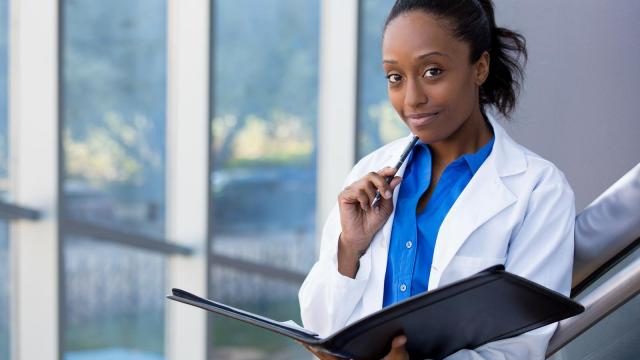 Getting a two-year degree or certification from a community college is a growing trend and the job market seems perfectly happy to absorb these new graduates.

"The Community College System's Council of Associations for Engagement, a group of industry associations that provide information regarding their member businesses workforce needs, have indicated that the pipeline of workers from community colleges is not keeping up with demand," said Matthew Meyer, associate vice president of educational innovations at North Carolina Community College System. "Low unemployment rates and competition for workers are causing the highly skilled community college graduates to be in high demand."

The U.S. Bureau of Labor Statistics sees this trend continuing through 2020, as well. It projects an 18 percent growth of demand for community college degree-holders, higher than that for those with a four-year degree.

Labor figures show the potential in the medical field for community college graduates is growing. A majority of recently-entering nurses and an overwhelming majority of healthcare professionals in general received their training from a community college, and the U.S. Department of Labor predicts the demand for healthcare workers to increase by 70 percent in the coming years.

There is also a growing shortage of software and computer workers. According to the U.S. Bureau of Labor Statistics, there will be significantly more job openings in the high tech industry than there are people trained in this field.

"[B]y 2020 there will be 1.4 million computer-science-related jobs available and only 400,000 computer science graduates with the skills to apply for those jobs. Further, Information Technology workers have been estimated to earn 74 percent more than the average worker," the White House commented on the report.

North Carolina companies like Red Hat and Lenovo are consistently rated as some of the best places to work in the state and growing technology sector. A certification from a community college in this area can get one in a growth market that has an abundance of demand for high-paying jobs.

"The North Carolina Community College System provides pre-licensure education for the majority of graduates that sit for the NCLEX-RN examination in North Carolina," explained Renee Batts, associate director of academic programs at NCCCS. "For example, in 2017, 3,738 nursing graduates in N.C. took the NCLEX-RN for the first time. Of this total, 2,025 (or 54 percent) graduated from the NCCCS. In 2017, our first-time test-takers pass rate average was 90 percent compared to the national pass rate average of 87 percent."

Other Fields Get Their Training at Community Colleges

First responders, including law enforcement, EMTs and firefighters, overwhelmingly receive both their initial and on-going professional training from community colleges. These training programs are offered through short-term training classes that lead to necessary, industry-recognized credentials.

"Responders who serve municipal, county and state agencies are not charged to take these work-related classes, thanks to state law providing colleges the authority to waive the registration fees as a benefit to these public safety agencies," explained Tracy McPherson, director of public safety training programs at NCCCS. "Through these highly accessible training options, North Carolina’s community colleges are able to support the public safety agencies across the state including both metropolitan and rural communities."

The Association of Community Colleges estimates that those with a high school diploma earn around $400,000 over their career. Community college graduates, on the other hand, earn an average of $1.6 million, so the degree makes a $1.2 million difference in their lifetime earnings.

In addition, the unemployment rate for associate's degree holders is 3.4 percent, which is below the 3.6 percent average. Those with a high school diploma alone had a 4.6 percent unemployment rate, a full percentage point higher than the average.