In Clayton, on Wade Ave., men without clothes raise many questions

Clayton, N.C. — Police in Clayton and Raleigh were dealing with cases Monday of public nudity.

In Clayton, a man has been seen walking half-naked through yards in the Riverwood subdivision. Police said home security video has captured the man, who appears to be in his 20s or 30s, walking across yards near Pritchard Road and Covered Bridge Road.

In some of the images, the man is wearing a ball cap, a blue sweatshirt or jacket, light blue shorts, white socks and black shoes, but in other footage, he is crouching near a grill and isn’t wearing shorts. 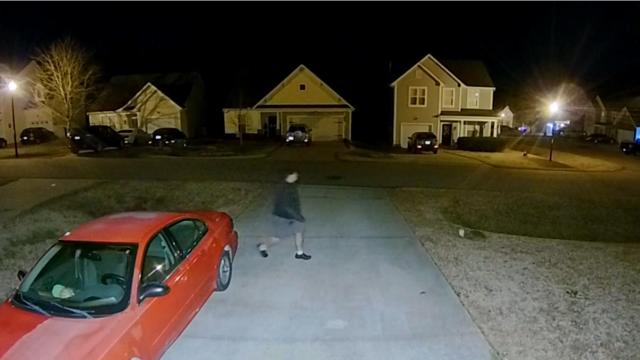 The man was last seen Saturday on Hutson Lane around 11 p.m., police said.

Anyone who may have seen the man or recognize him from footage can call 911 or reach the Clayton Police Department at 919-553-4611 or info@TownofClaytonNC.org.

In Raleigh on Monday morning, an accident on Wade Avenue yielded only minor injuries but resulted in images of a man crouched naked in the roadway. 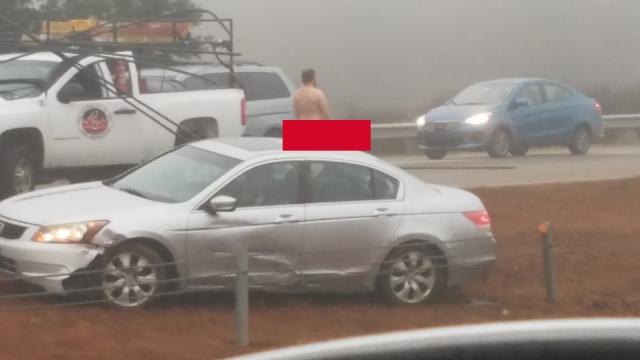 Police said the man, whose name they did not release, was involved in an accident and had at some point been inside a vehicle. They had no explanation for why he was wearing no clothes.

At the time of the accident, during the morning commute, temperatures were in the 40s.

Just last week, a Charlotte man was charged with misdemeanor indecent exposure. He was spotted running, "fully naked" and in full view of passing motorists along I-40, just east of Garner, according to the warrant for his arrest.