In Bipartisan Pleas, Experts Urge Trump to Save Nuclear Treaty With Russia 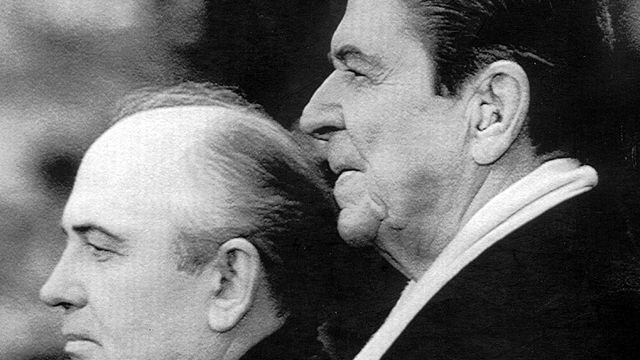 Alarmed at what they see as disintegrating curbs on nuclear weapons, a bipartisan array of American nonproliferation experts has urged President Donald Trump to salvage a Cold War-era treaty with Russia that he has vowed to scrap.

In letters sent to the White House this week that were seen by The New York Times, the experts said the pact, the Intermediate-Range Nuclear Forces Treaty, had reduced the risk of nuclear war.

Despite the treaty’s flaws, they said, the United States should work to fix the accord, not walk away from it.

“The INF Treaty has prevented the unchecked deployment of nuclear missiles in Europe,” stated one of the letters, sent Wednesday to the White House. It was signed by more than a dozen prominent figures in arms control, including former Secretary of State George P. Shultz and former Senators Richard Lugar and Sam Nunn.

Another letter, dated Tuesday and sent by the American College of National Security Leaders, a group of former high-level military officers, said: “The INF Treaty is a bedrock to our current arms control regime and serves rather than hampers American interests.”

There was no immediate comment from the Trump administration on the letters.

The treaty’s fate may come up this weekend if Trump sees President Vladimir Putin of Russia during a memorial event in France celebrating the centennial of the end of World War I. But there have been conflicting accounts from the White House and the Kremlin on whether the two will even meet.

Putin and his subordinates have warned of a new arms race should Trump make good on his pledge to renounce the accord. It would be the first time Trump has scrapped an arms-control treaty, American officials have said.

Many European leaders also have objected to Trump’s plan.

Trump and his hard-line aides, particularly John R. Bolton, the national security adviser, have long disparaged the treaty, asserting that Russia has cheated on its terms and that it should include China, which is not a signatory.

The treaty ended a crisis of the 1980s that had come to be seen as a hair-trigger for a nuclear war. The Soviet Union had deployed a missile in Europe called the SS-20, capable of carrying three nuclear warheads. The United States had deployed cruise and Pershing II missiles. All had the capability of reaching targets in as little as 10 minutes.

The Soviets were particularly fearful of a strike that could obliterate them before they could retaliate, further raising the possibility of a mistake or misunderstanding that could lead to an unspeakable outcome.

Under the treaty signed in 1987 by President Ronald Reagan and the Soviet leader Mikhail S. Gorbachev, all land-based cruise or ballistic missiles with ranges of between 311 and 3,420 miles were prohibited.

The United States has contended for years that Russia has violated the treaty by deploying a prohibited missile, the SSC-8, that threatens European nations. The Russians have argued that U.S. anti-missile batteries in Europe violate the treaty because they can be used to fire offensive weapons at Russia.

Bolton, who visited Russia a few weeks ago to explain the Trump administration’s decision to abandon the treaty, called it outdated. But he did not specifically rule out the possibility of a renegotiation.

In the letter signed by Shultz and others, the arms control experts recognized what they called Russia’s noncompliance with the treaty. But rather than move to terminate it, they called on Trump “to direct your team to redouble efforts to negotiate technical solutions to U.S. (and Russian) INF compliance concerns.”

Both letters also urged Trump to engage in negotiations with the Russians on prolonging the New Strategic Arms Reduction Treaty, or New START, which will expire in February 2021 unless both sides agree to an extension. That pact limits the number of long-range missiles, bombers and warheads in the American and Russian arsenals.

Should the treaty expire, the former military commanders said in their letter, it would be the first time since 1972 that the United States and Russia “have not been bound by a binding arms control agreement.”