In Australia, One Man Can Decide a Migrant’s Fate. Did He Abuse That Power? 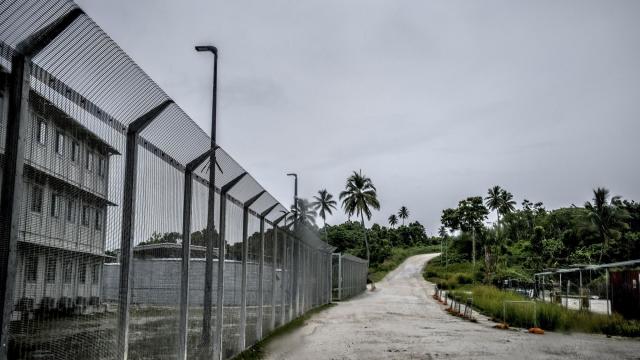 SYDNEY — When a suicidal 10-year-old boy in an offshore detention camp asked to come to Australia for psychiatric care, Peter Dutton’s answer was no.

But when an Italian au pair, who worked for a former colleague, needed a reprieve from deportation, Dutton obliged. It was at least the second European au pair for whom he made an exception in 2015, calling the visa a “humanitarian act.”

Critics across Australia are calling it something else: hypocrisy that reveals an unjust immigration system.

“I’m totally disgusted that the minister has used his powers to intervene in those cases,” said Jason Scanes, 41, a former army captain who has campaigned unsuccessfully for years to get a visa for his Afghan interpreter. “I’m just asking for a fair process and a fair go.”

Australia has always struggled with who belongs. The first British settlers slaughtered the Indigenous population, and xenophobia has shaped the nation since its earliest days when the government restricted migration to whites. In some ways, Dutton, 47, a former police officer who has been in Parliament since 2001, is simply the latest in a long line of Australian leaders to seize on concerns about foreigners and security to advance their political careers.

But since taking over the immigration portfolio in 2014, he has also made the job uniquely his own.

The approach has won accolades from conservatives at home and abroad, including President Donald Trump. Just two weeks ago, Dutton also nearly became prime minister, leading a party coup only to be defeated by Scott Morrison, another former immigration minister known for strict enforcement.

Dutton has not ruled out another go. With Australia’s Senate holding hearings this week on whether he appropriately approved the au pair visas, he has defended his decisions with righteous indignation.

“I am a person of integrity,” Dutton said in a recent radio interview. “I’ve never been compromised. I never will.”

But legal experts and former officials argue that the trouble with country’s immigration system extends beyond one man. Few other developed democracies imbue a single elected official with so much power and so little public oversight.

“Our migration system has never been as fair or transparent as it claims when it comes to race or disability,” said Susan Harris Rimmer, a law professor at Griffith University. “The treatment of the au pairs combined with the dreadful tales of traumatized children on Nauru underscores the juxtaposition of this kind of leniency for some, with cruelty to others.” — A History of Racism?

Australia must “populate or perish,” he said — and the immigrants must be white.

“Immigration policy always had this duality,” said Gwenda Tavan, an immigration historian at La Trobe University in Melbourne. “On one hand Australian officials for successive generations knew they needed people to populate the country but they also only wanted certain types of people.”

Even after Australia fully abandoned the White Australia policy in the 1970s, few checks and balances followed. Since 1989, the immigration minister has actually gained power, with Parliament and the courts expanding discretion and control.

One result is now clear: Dutton has had the right to grant visas as he favors with limited scrutiny.

In one case from 2015, according to leaked emails that emerged last week, Dutton halted the deportation of Alexandra Deuwel, a 27-year-old Frenchwoman who had worked as an au pair for the cousin of Gillon McLachlan, chief executive of the Australian Football League.

Deuwel’s tourist visa had been canceled after she told border officers she would receive free accommodation for “helping the family’s children, cooking and riding horses” — a violation because tourist visas do not allow people to work.

The McLachlan family is both popular and generous to Liberal Party causes. The emails show Deuwel’s visa was granted a few hours after Dutton’s office received the request.

In another case in 2015, an Italian woman linked to the family of a former police colleague of Dutton’s was also released from detention after he intervened.

A Senate inquiry, launched by the opposition Labor Party, is now scrutinizing his actions. Last week, senators demanded details about Dutton’s use of his power of “discretion” in immigration cases, including 4,129 visa interventions since 2014, of which 25 involved tourist visas.

Previous investigations into discretion reaching back to 2004 yielded little reform or transparency, and former officials say Dutton’s intervention in the au pair cases were probably legal.

Under Australian law, the immigration minister can overrule an immigration decision as long as he (most have been men) deems the reversal “in the public interest.” These exceptions must be exercised personally by the minister and the courts have resisted restricting them.

Philip Ruddock, a politician in the governing party and former immigration minister, said such discretion was necessary.

“It’s inevitable that the black and white law fails you from time to time,” he said, citing examples from his time in government: parents with work visas and a disabled child who had been denied entry, and a school principal denied a visa on medical grounds for a disease that would not manifest for a decade.

“I’d much rather a system where you have politicians making these judgments who are accountable to the people as opposed to judges you can’t sack,” Ruddock said.

Still, he acknowledged that requests for ministerial intervention have risen to thousands of cases under Dutton from a few dozen cases in the late 80s, adding pressure to intervene and making the job harder.

Each intervention, he said, must be carefully considered. “You have to think to yourself, ‘What would the implication be if this were to be more widely known?'” he said. — A Culture of Secrecy?

In many other countries, discretionary powers are more limited and transparent.

“It’s not housed in one individual,” said David Leopold, a Cleveland immigration attorney and former president of the Immigration Lawyers Association in Washington.

In Canada, a Commonwealth country like Australia, discretionary powers come with more specific guidelines. The Immigration and Refugee Board of Canada, an independent body, rules on asylum claims, and annual reports with data on temporary admissions decided through discretion are published online.

Similar reports used to be part of Australia’s public calendar too, until recently. After Dutton rose to take over the new Ministry of Home Affairs, information became harder to obtain.

In July, The Australian, a conservative newspaper owned by Rupert Murdoch, reported select details from what appeared to be the ministry’s annual report, crediting Dutton for reducing the annual permanent intake of immigrants by 10 percent.

But the ministry has declined to release the full report. Dutton did not respond to requests for the report, or an interview.

“Why is it secret?” asked Abul Rizvi, a former senior immigration official, “Why can’t we look at it?”

Those who have worked closely with Dutton describe him as civil until crossed, less interested in policy than politics, and quick to see the world in black and white. Dutton rarely smiles in public, and sounds most passionate when condemning critics.

He first ran for office at 19, losing a Queensland state election, then became a state police officer. Wealth came later through property deals.

“He’s just a Queensland cop of the past,” said Cheryl Kernot, whom Dutton defeated to enter Parliament. “He is an old-style cop, and I don’t think he’s changed from that at all.” Dutton’s appeal to voters has long been based on his working-class roots and family-values conservatism. He has said the hearings on his actions are motivated by politics and threatened to publicize “quirky” cases that opposition politicians have asked him to intervene in.

“I’m gobsmacked by the hypocrisy,” he said.

His supporters seem unfazed. “I can’t condemn him,” said Andrew Schloss, general manager for a health care business next to Dutton’s district office in a Brisbane suburb. “He holds a conservative view. I am relatively conservative.”

The larger problem, critics of discretion said, is that Australia has given too much leeway to immigration ministers at a time when the fear of foreigners can be easily exploited.

Ministerial discretion has become a metric of compassion.

The Senate hearing last week examined cases in which Dutton intervened, but also those he did not — for example, that of a Tamil asylum-seeker whose wife and children had already received protection visas. The man was deported in July, despite requests for ministerial intervention.

The most damning examples for Dutton may yet come from beyond Australia’s border.

Soon after the terrorist attacks of Sept. 11, 2001, Australia finalized plans for the so-called Pacific Solution — a policy under which migrants (mostly from Iraq and Afghanistan) who tried to reach Australia by boat were sent to detention centers on the island nation of Nauru and on Manus Island in Papua New Guinea.

Thousands of migrants, many of whom later qualified for resettlement as refugees under international law, have since been held in these offshore camps, which have become a global human rights embarrassment for Australia.

Under Dutton, government support for the detainees has been cut and conditions have deteriorated. Twelve people put in the detention camps have died since 2014.

On Nauru, where 900 people are still detained, “children as young as 7 and 12 are experiencing repeated incidents of suicide attempts, dousing themselves in petrol, and becoming catatonic,” according to a recent report by the Refugee Council of Australia and the Asylum Seeker Resource Centre.

Leaders from both of Australia’s major parties have defended the policy, saying it eliminates incentives for human smuggling and dangerous sea journeys.

But this week, photos of dark-skinned children stranded on Nauru have competed with images of the white au pairs smiling and enjoying Australia’s beaches.

The women have since returned to their home countries.

The children remain in limbo off the Australian coast.