If Not Pelosi, Whom? The Question Hovers Over a Simmering Rebellion 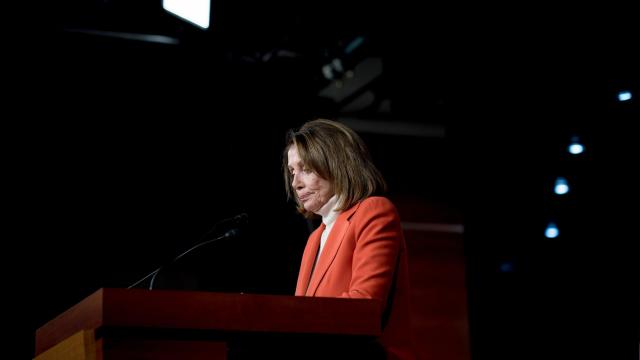 WASHINGTON — What if House Democrats tried to stage a coup and nobody showed up?

That is the predicament facing Democrats as a quiet rebellion simmers in their ranks to block Rep. Nancy Pelosi of California from being speaker. Inside the Capitol and at nearby watering holes and restaurants, there are hopeful whispers among a small band of Democrats that a fresh-faced new leader will come forward to challenge Pelosi, who has led House Democrats for 15 years.

But so far, no one has emerged to take her on. As much as some House Democrats, including several among the wave of newcomers elected this month, say they want to shake up a calcified party leadership, would-be challengers are keenly aware of the immense power Pelosi wields, and fearful of institutional retribution and reputational damage if they step forward to test the status quo.

Democrats who had hoped to release a letter clearly demonstrating that Pelosi did not have the votes to become speaker pulled back Friday, hoping to garner more than the 17 signatures they said they had collected. Rep. Marcia L. Fudge of Ohio, who is considering a run against Pelosi, said she was undecided.

And Pelosi, a legendary legislator, vote-counter, campaigner and fundraiser who served as speaker from 2007 to 2011, has expressed supreme confidence that she will be elected again in January. She has enlisted powerful allies to weigh in on her behalf and worked to build an air of inevitability around her bid, including through a letter of support circulated by a veteran lawmaker, Rep. Nita Lowey of New York, and signed by 61 Democratic women as of Friday afternoon. (An additional four women elected this month have since said publicly that they will back her.)

Pelosi has effectively dared a challenger to come forward, declaring, “Come on in, the water’s warm.” Privately, her allies have taken to using a sharper axiom: “You can’t beat somebody with nobody.”

Still, while so far it is a threat without a face, the rebellious Democrats are eyeing the most consequential challenge yet to Pelosi’s tenure as their leader. It has the potential to set off an intraparty feud that would dim the afterglow of Democrats’ sweeping midterm election victories and mar the opening days of their majority.

The situation leaves a fog of uncertainty around the party’s coming leadership elections. While Pelosi should easily win the backing of a majority of her fellow Democrats in a closed-door vote this month to gain the nomination, a much more intriguing vote will take place Jan. 3, when she must garner the support of a majority of the House to regain the speaker’s gavel.

At the moment, the number of Democrats said to be committed to voting against her would be enough to prevent her from getting the 218 votes she needs. That margin could change depending on a number of pending House races, but the most she could afford to lose would be 19, if no Republicans support her and every member present casts a vote. The unpredictability highlights the fact that Democrats lack a stable of young leaders serving in key positions on Capitol Hill. And it speaks to the customs of a House Democratic caucus that has had the same three people at its helm for more than a decade — Pelosi, 78, Rep. Steny Hoyer of Maryland, 79, and Rep. James Clyburn of South Carolina, 78 — discouraging all but the most daring from mounting a challenge.

“It’s a fate you fear — people worry about a future of irredeemable obscurity should they undertake that task and inevitably lose,” said Rep. Gerry Connolly of Virginia, who is backing Pelosi. “You can look at the past, and those intrepid souls who have done it are mostly no longer here.”

Pelosi, the only woman to be House speaker, controls a vast array of levers of power within her caucus, including committee appointments, funding for staff salaries and office space, and all manner of other opportunities.

“I think there’s probably a natural fear of having something taken away from you,” said Rep. John Yarmuth of Kentucky, another supporter of Pelosi, who hastened to add — twice — that he had “never seen her retaliate against anybody.”

Rep. Hakeem Jeffries of New York, a rising star in his party who had been the object of intense speculation as a possible challenger to Pelosi, is instead running for chairman of the Democratic caucus. He argued that potential challengers were not coming forward simply because of a calculation that Pelosi could not be beaten.

“No one’s a better vote-counter than Nancy D’Alesandro Pelosi,” Jeffries said Friday, alluding to Pelosi’s background as the daughter of Thomas D’Alesandro Jr., a mayor and congressman from Baltimore whose political operation was also a family affair, and her early exposure to tallying votes and tracking favors and transgressions.

“It’s not clear to me that there’s a risk factor,” Jeffries added, “but I think that there are some who have made the determination that she clearly has the votes to be the speaker-designee, and therefore there’s no utility in moving forward with a race if there’s no clear pathway to success.”

Whatever the reason for the reluctance, the lack of a clear challenger has perplexed many Democrats, including some newly elected lawmakers who vowed during their campaigns not to support Pelosi, many of them from more moderate districts where she is unpopular.

“That tells you something, doesn’t it? And that’s a problem,” said Rep.-elect Abigail Spanberger of Virginia, who promised during her campaign not to back Pelosi and says she will keep her vow. “I want to vote for somebody who will be a new messenger for change, and who will work toward bipartisan policies.”

“There’s an effectiveness that comes with being a fresh voice that I think is important,” Spanberger said last week on her first full day in Washington since being elected.

Yet fresh voices have been hard to come by, even as a group of rebels led by Rep. Tim Ryan of Ohio, who challenged Pelosi for minority leader in 2016, and Rep. Seth Moulton of Massachusetts say one is sorely needed.

Rep. Kathleen Rice of New York, one of the 17 lawmakers who signed the letter pledging not to vote for Pelosi, said no challenger would emerge until it was a mathematical certainty that Pelosi could not get enough votes on the House floor to clinch the speaker’s post.

“The whole concept of ‘you can’t beat somebody with nobody’ is a Nancy Pelosi talking point,” Rice told reporters last week. “I get it, it’s pretty compelling. But because of the dynamic that she has set up in harnessing all the power at the top, the first step is showing that she cannot get to 218, and then I believe the challengers will emerge.” Pelosi is toiling to nail down the support she needs to make sure that never happens. At a meeting Friday of the centrist New Democrat Coalition, a group she rarely visits, Pelosi argued that allowing her adversaries to take her down would thwart the will of a majority of the party and leave it paralyzed in the same way that the ultraconservative Freedom Caucus has stymied House Republicans.

Norman J. Ornstein, a scholar on Congress at the American Enterprise Institute, said the spectacle of a floor fight over the speakership would do lasting damage to the Democratic majority, setting a narrative that any leader would be powerless to counter.

“It’s going to be about Democratic disarray,” Ornstein said. “This is almost the definition of a circular firing squad, and the impact that that could have on 2020 is quite significant.”

For now, the prospect is a mere hypothetical, but the lack of a named challenger has not made the battle among Democrats any less bruising. On Friday, Moulton criticized Pelosi’s leadership, saying in an interview with MSNBC that she had failed to bring gun safety measures to the floor when she had the chance.

The comment infuriated Pelosi and her allies, and the Brady Campaign to Prevent Gun Violence quickly issued a statement effusively supporting her candidacy for speaker.

“There were two reasons we couldn’t pass gun control: One was the Republican majority, and the other was people like Tim Ryan,” said Mark Glaze, an adviser to the Brady Campaign and a former executive director of Everytown for Gun Safety, alluding to the fact that Ryan, a centrist, once had an “A” rating from the National Rifle Association. (He has since returned donations and distanced himself from the group.)

Glaze said the criticism appeared to be part of a “weird jihad to oust Nancy Pelosi,” who, he added, was “routinely one of the most aggressive people in the room” pressing for strong gun safety measures.