If He Does This Met Opera Job Well, You’ll Never Know He Exists 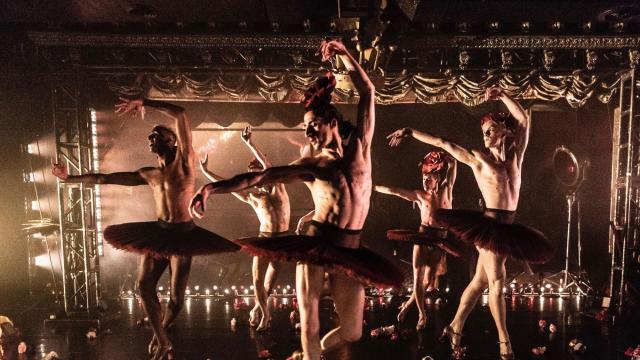 As a music producer for the Metropolitan Opera, he operates a soundboard — you can see it through a window on the Grand Tier level of the house — that feeds broadcasts for radio, movie theater screenings and, in the case of the season-opening gala performance of Saint-Saëns’ “Samson et Dalila” on Monday, a simulcast in Times Square.

He sits in a booth, following along with a conductor’s score and constantly adjusting several dozen faders, dials that control the levels on microphones set up onstage and throughout the orchestra pit. With the appearance of an organist juggling complex polyphony, he aims to match the high quality of studio recordings — only in real time. If he does his job well, listeners shouldn’t have any idea he is there.

Seeming invisible takes preparation that begins weeks before opening night, by attending piano rehearsals and plotting where to plant microphones onstage and in the pit. Frost — a Juilliard-trained pianist who, since his late 20s, has also been a record producer, working with Renée Fleming and the Chicago Symphony Orchestra — also studies the score, flagging passages he knows will be difficult at the soundboard.

By opening night, Frost becomes part musician, knowing the score better than some of the singers; part technician, perfecting his soundboard and finding creative ways to hide microphones onstage; and part diplomat, negotiating with various backstage departments including the costume shop, which is occasionally tasked with incorporating microphones into its designs.

I shadowed Frost during the gala performance on Monday, beginning with setup around two hours before the 6 p.m. curtain. With him in the booth was John Kerswell, the Met’s operations director, who was busy communicating with people onstage to test each microphone and would later spend the night at Frost’s side.

Roughly an hour before curtain, Frost went down to the pit and stage to adjust the microphones in ways that looked comically minute but can have crucial consequences for whether, say, a trio of singers is heard equally.

Frost was also trying to account for anything that could go wrong. “The challenge here,” he said, “is that people are running all over the stage.” They can also move differently from how they did in dress rehearsals; singers sometimes unexpectedly turn away from their microphones, in ways that can have drastic effects on the sound. All Frost can do in a situation like that, he said, is brush it off and keep going.

He tinkered with the microphones until the last possible moment, when the Met opened its doors to the black-tie audience. As people took their seats, he finished setting up the soundboard.

If Frost was nervous, he did not show it; all evening, he was cool yet restless as he continuously adjusted the faders and flipped back and forth in the score. (He was also humble, never volunteering the fact that he has won 16 Grammy Awards, though he did mention that his father, a famed producer, worked on Vladimir Horowitz’s recordings.) On the monitors in front of Frost, sound levels danced animatedly, like a “Fantasia” cartoon, but he was stoic, breaking his silence only rarely for brief comments like “What a master she is,” referring to Elina Garanca’s star turn as Dalila.

There was little room for error, and none of the luxuries of studio production. Mixing sound live at the Met, Frost said, “couldn’t be more different,” because there’s no opportunity to stop or try something again. He did, however, take notes for future broadcasts, especially during a surprisingly difficult stretch of Act II, as Garanca sang the famous aria “Mon coeur s’ouvre à ta voix.”

His score was full of Post-its, color-coded highlights of the text, and notes, such as a small sketch of eyeglasses — a signal to look up and pay attention. “I’m constantly refining what I’m doing,” he said.

The moment the curtain came down, Frost was done. Sometimes, when he is eager to go home, he’s out the door before the applause ends. On Monday, however, he first ate the chicken and Brussels sprouts dinner he had neglected all night.

As the clapping died down and the theater emptied, a woman walking past the booth window gave Frost and Kerswell a thumbs-up. They both laughed, saying she probably thought they were responsible for the sound effects in the production.

The audience made its way across the plaza to the David H. Koch Theater for the gala dinner. Frost would not be attending; he planned to hop in his car and drive home to his family in Washington Heights. This was just another day at work, after all, and he had to be back in the morning to begin producing Puccini’s “La Fanciulla del West.”

“I’ll still think about this and get better at it,” he said of “Samson.” “But now there’s a whole other opera.”