Identifying signs of domestic violence difficult, but not impossible 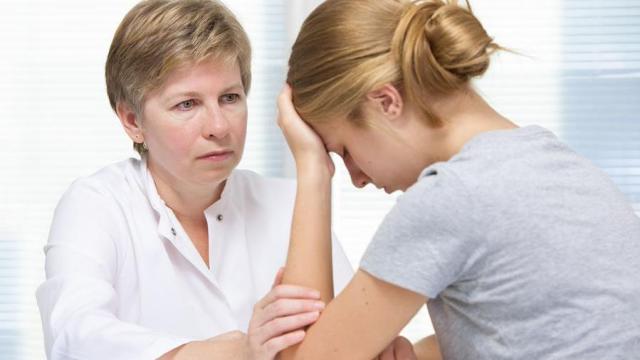 The bill was named after Britny Puryear, a 22 year-old mother who was killed by her child’s father, a live-in boyfriend with a history of abusing her. The law was championed by her family after Puryear's boyfriend did not receive a penalty they believed fit the crime. Her family members joined Cooper as he signed the bill named in her honor.

The role of loved ones in fighting abuse

Puryear's family used the law to fight for future victims in their daughter's memory and to bring awareness to the issue of intimate partner violence.

There are other ways families and loved ones can have a role in combating domestic violence. Identifying warning signs of abuse is one way families can be aware and take an early role to prevent the escalation of intimate partner violence.

The National Coalition Against Domestic Violence explains that domestic violence is perpetrated on and by people of all genders, races, sexual orientations and religions.

NCADV further states there is no real personality type that is more likely to abuse or be abused, and the abuser is usually non-violent outside of the relationship, with 90 percent of abusers having no record of other violent behavior.

"People who use force, intimidation, violence, and/or coercion in a relationship are not always easily identifiable as abusive to those outside the relationship," said Amy Cleckler, campus prevention advisor for North Carolina Coalition Against Domestic Violence. "In fact, abusers often behave very differently toward colleagues, friends and even other family members."

Cleckler explained abusers often come off as "charming and kind" and some are leaders in their communities.

"This 'dual personality' helps camouflage their abuse and, unfortunately, reduces the likelihood that those they are abusing will be believed when they ask for help," she said.

What To Look For

There are a number of common warning signs of an abusive personality that loved ones can look out for.

Abusers often attempt to control what their victim says and does, as well as what they wear and who they spend time with. This makes the abuser feel more powerful and in control.

Additionally, abusers have trouble taking responsibility, and tend to blame the victim for their own abusive words and actions. And abusers often objectify their partners, showing possessiveness and signs of jealousy.

There are also some cues to look for in the person who is being abused, including signs of anxiety or depression. Victims often become more isolated from loved ones, especially if those loved ones are asking about how healthy the relationship is.

Victims may also be perceived as constantly trying to please their partner or keep the abuser calm by adapting their own behavior. This often looks like the victim is "walking on eggshells" around their partner.

And victims might attempt to minimize and cover up any bruises or other injuries out of fear of further abuse.

Cleckler points out that "people in abusive relationships don’t always show the same pattern of signs or symptoms, but they are almost always denying, excusing or minimizing their partner's behaviors. They rely on keeping secrets to stay as safe as possible from their abuser, and this secrecy results in increased isolation, depression and anxiety."

When one notices signs of abuse, there are many ways to contact an advocate or community counselor for support and assistance. The NCCADV lists domestic violence service providers by county, with all relevant contact information provided.