Idaho Isn’t Turning Blue, but One Democrat Is Turning Heads 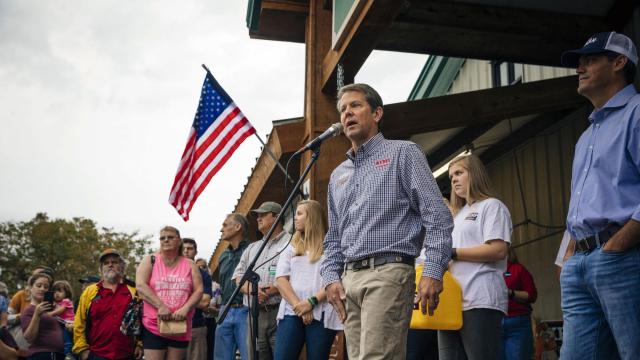 EMMETT, Idaho — This state is indisputably Trump country, what with the president’s 32-point victory margin in 2016 and the Republican state leadership and congressional delegation. Still, in storefront windows like at the Possumtrot Traders pawnshop in this deeply conservative town of 6,800, you see it: a large Paulette Jordan sign displayed next to a Trump sign.

Jordan is the Democratic nominee for governor in Idaho. But Tuesday’s election, which she is not likely to win, is not the only reason she is interesting. She also represents a fresh attempt by Democrats in the frontier West to find a brand of politician who can help keep the party credible and energized, instead of an endangered species. In other governor’s races in the region, Democrats are running a Latino educator in Arizona, a gay congressman in Colorado, a white businessman in Nevada and prominent female leaders in New Mexico and Wyoming.

A 38-year-old former state legislator, Jordan holds some traditional Democratic positions like helping low-income Idahoans, supporting abortion rights and decriminalizing marijuana. But she also wants to give local officials more autonomy on tax policy and land use, and supports term limits. She owns guns, and while she supports universal background checks, restrictions for domestic abusers and a ban on bump stocks, she does not advocate stricter measures like a ban on AR-15s — the weapon that is popular with many gun owners but also used in many mass shootings, including last Saturday’s attack at a synagogue in Pittsburgh.

Jordan has Idaho’s small contingent of Democrats fired up; many said they had never expected to be so excited about a statewide Democratic candidate. But Tri Robinson, a retired evangelical pastor in Boise and a longtime Republican, is voting for her, too. She also won over Mayor Michael Barrett of Challis, who described his politics as “somewhere to the right of Attila the Hun.”

“You don’t have a traditional conservative R and a traditional liberal D,” Barrett said. “As a conservative, and especially somebody who’s representing a small community, there are certain things that we believe, and I think they’re better represented by Paulette.”

The Republican candidate for governor, Lt. Gov. Brad Little, has consistently led polls and enjoys an array of advantages: There are more than four times as many registered Republicans as registered Democrats in Idaho. The state has elected only one Democratic member of Congress in the past 25 years, and he lost re-election after a single term. And recently, Jordan has been trailed by suggestions of campaign finance violations, which her team denies but have brought substantial scrutiny.

But Jordan may be attracting attention because, in a state with about 30,000 Native Americans, she would be the first Native American to be governor of any state, as well as the first woman to lead Idaho. Native Americans are still relatively unrepresented in high political office, but many of them vote Democrat, and party leaders see them as a key part of a political coalition if a Democrat is ever going to win statewide here.

Born into two lines of tribal chiefs, Jordan was raised in Plummer, a city of 1,000 on the Coeur d’Alene Reservation in northern Idaho. Growing up, she hunted and fished and pitched on an otherwise all-male baseball team. She attended a Jesuit high school in Spokane, Washington — Jesuit missionaries converted most of the Coeur d’Alene tribe to Catholicism in the mid-1800s — and returned to the reservation every evening to listen to the tribal elders’ stories.

“When you just are a certain way, you don’t see yourself any differently, until you come across people who don’t know what an indigenous person is like or what that means to have a connection to the land,” she said. “Most people here don’t know what that is. They don’t know what it means to be connected to a land for thousands of years.”

Jordan returned to Plummer after college and was elected to her tribal council. She became a state representative in 2014 and was re-elected in 2016. She was the only Democrat to win a state legislative race in northern Idaho that year.

Shelby Scott, political director of the Idaho Democratic Party, said she thought that Jordan benefited from being willing to work across the aisle, and that she stood out as a Native American woman. Still, “there are a lot of structural things that don’t necessarily help set us up for success,” Scott said.

Partisanship is still very much in play, with most Republicans supporting Little. At a Boise State football game in early October, a woman seated near Jordan grimaced upon learning she was there and turned away, saying, “No comment.” Don Brister, 76, of Meridian, added that he could not vote for Jordan because he considered her a socialist.

But the exceptions are hard to miss.

The morning after the game, Jordan attended a service at Vineyard Boise, an evangelical church with some 3,000 members. Robinson, the church’s founder and former pastor, had invited her. He noted dryly before the service that his fellow evangelical leaders might not be happy with him. He, too, was a lifelong Republican until very recently.

“She’s authentic and genuine, and I haven’t seen that so much in other politicians,” he said.

A few feet away, Jordan was talking to two teenage girls who had taken several minutes to gather the courage to introduce themselves. Jordan’s scheduler hovered behind them. She was supposed to attend another service at St. Paul Baptist Church in seven minutes, and the church was 10 minutes away.

As Jordan finally made her way out the door, a woman who had been approaching fell back with a small “oh” of disappointment.

To the scheduler’s consternation, Jordan stopped. She shook the woman’s hand and leaned in to listen.