I Was Paid to Act (in Pager Days) 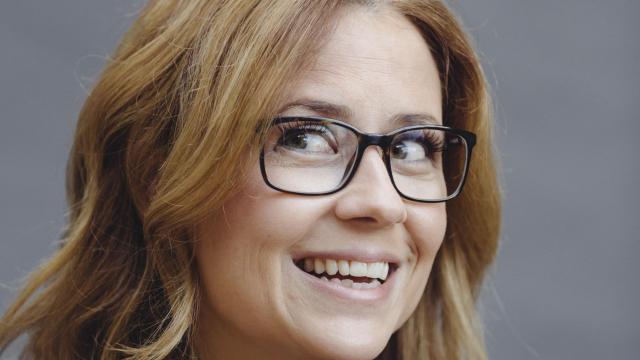 While I knew I wanted to be an actor from the time I was a child, I was not a “child actor.” I went to dance class, joined the theater club and put on little shows in my garage, but I never acted professionally. The bulk of my experience came from auditioning for school plays. These auditions mostly ended in failure; I never got the lead roles. I barely got the supporting roles. I usually found myself being offered the obligatory consolation prize: a role in the dancing chorus.

Nonetheless, after college I collected my theater degree, packed up my Mazda 323 hatchback, and, with my cat, Andy, started on the long journey from St. Louis to Los Angeles. I didn’t know anyone. No fancy connections. No idea how the business worked. Still, I completely expected to be a successful working actor within six months.

Upon arriving there, I did what every serious actor did in 1996: I went out and got a pager. It seemed absolutely necessary to manage the relentless schedule I anticipated for myself. So, with a pager in my hand, everything seemed to be falling into place. Now all I needed was my first acting job.

Cut to six months later. My savings were gone, my car engine had blown up, and my cat was so depressed he was licking out patches of his fur. My pager was still running on the knockoff battery included in the purchase, the kind that says Enerjizer or Doracell. Nothing had happened for me. Broke and depressed, I faced reality and looked for a day job, eventually becoming a receptionist.

I felt like a failure. The thought of quitting was constant. But I was too embarrassed to go back to St. Louis. I’d basically told everyone I was going to be this big star in Hollywood, and after almost a year I hadn’t booked a single job. I was humbled and humiliated.

Then one day something extraordinary happened. While wallowing in my depression with a giant bowl of Lucky Charms, I noticed the faintest vibration deep in the cushions of my couch. I hesitated, not wanting to get my hopes up, but instinctively knew it must be my pager. Overcome with anticipation, I fished around in the cushions and found it.

A number I didn’t recognize was flashing on the screen. Finally, after all the struggle, the years of dreaming, the scene study classes, the movement classes, the voice and speech work, my efforts were about to pay off. I had landed my first real acting job.

Was it a role in a Martin Scorsese film? A guest spot on “Seinfeld”? Not quite. My first acting job was in a sex education video for mental health patients. Yep, you read that right. Not quite the career milestone I’d imagined during my formative years in acting school, but it was a start. Finally.

The scene was shot in an apartment bathroom. I wore my own clothes and did my own makeup. I played a girl preparing to go on a date. While getting ready, my older sister entered the bathroom, and we exchanged the following riveting dialogue:

SISTER: Wow, you’re spending a lot of time getting ready. You must really like this guy. Are you bringing protection?

Apparently my character had never spent much time in this bathroom, because at this point, the sister opened a drawer and revealed every type of contraceptive device ever invented (even an IUD, which actually has to be implanted by a gynecologist).

She held up each one and described how it worked, while I listened very earnestly and nodded my head. Then, at the end, I got to say, “Thanks, Sis! I’m glad I know how to protect myself.”

Not much changed after this masterpiece. I saw it. I was fine. I was told it was shown to mental health patients upon their release from the hospital. It was good tape for my reel.

I went back to the grind, struggling in odd jobs to support the occasional audition. (Yes, I finally had gotten a fresh battery for my pager!) There were more milestones to keep me going. Getting my first callback, my first agent, my union card. Until I was eventually working steadily.

But I’ll never forget “Protection? Protection from what?” It’s not beautiful; two questions, four words. But it was important to me; it gave me the courage to keep going, to stay in Los Angeles and chase my dream.

Until eight years later, when I eventually got to say a line that would change my life forever: “Dunder Mifflin, this is Pam.”