I Like Joe Biden. I Urge Him Not to Run. 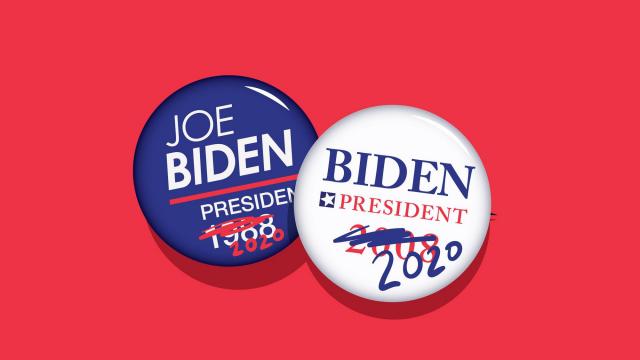 You’d agree, wouldn’t you, that Consideration No. 1 in choosing a Democratic nominee in 2020 is making sure that he or she is the person best positioned to defeat Donald Trump? That nothing else comes close?

Then what would you say if I told you that we should put our chips on a man who failed miserably at two previous campaigns for the nomination, the first one all the way back in 1988, a year before Alexandria Ocasio-Cortez was born?And that when he applied the lessons from that debacle to his second bid two decades later, he did no better, placing fifth in the Iowa caucuses, getting fewer than 1 percent of the state’s delegates and folding his tent before even the New Hampshire primary?

And that he spent nearly 45 years in Washington, a proper noun that’s a dirty word in presidential politics? And that his record includes laws and episodes that are reviled — rightly — by the female and black voters so integral to the Democratic Party? And that, on Election Day, he would be 77, which is 31 years older than Bill Clinton was in 1992, 30 years older than Barack Obama was in 2008 and a complete contradiction of the party’s success over the last half-century with relatively youthful candidates?

You’d tell me that I was of unsound mind.

Right now there’s a swell of talk about, and interest in, a Biden candidacy. Last Monday he told an audience in Montana that none of the other Democrats eyeing the White House were as qualified as he is, and it sounded like the beginnings of a stump speech.

A terrible stump speech at that. If what Biden took away from the 2016 election was that qualifications rule the day, I’d urge him to ask Hillary Clinton how consoling her impeccable credentials are and then to educate me on the gold-plated wonders of Trump’s CV.

A national poll two weeks ago showed that Biden was far ahead of other Democrats in a hypothetical primary field, winning the favor of 25 percent of respondents in comparison with 15 percent for Bernie Sanders, 13 for Hillary Clinton, 9 for Beto O’Rourke and under 5 each for Elizabeth Warren, Cory Booker and Kamala Harris. But that’s name recognition multiplied by nostalgia. And nostalgia is a risky currency and an odd fit for a party that last claimed the White House with a mantra of hope and change.

An article about Biden that The Atlantic published Thursday said that “people keep coming up to him everywhere he goes” to profess their longing and love. It quoted one 89-year-old woman who told Biden: “If you promise to run, I’ll promise to stay alive long enough to vote for you.” She clearly admires him very much.

I do, too. He’s an admirable person. How I wish that mattered more in terms of the outcome of a presidential election than it obviously does. He pressed on with public service long after he could have cashed in. His devotion to his family is palpable; his strength through its tragedies, extraordinary. He’s informed, he’s affable and he’s real.

But is he the best bet? The difference between four and eight years of Trump could be everything; this is a time for ruthlessly unemotional calculation. Show me persuasive evidence that the president’s most fearsome adversary is an avocado and I’ll whip up the corresponding paraphernalia: Make America Guac Again.

And you know what? By the time 2020 rolls around, perhaps an avocado could beat Trump. We await Robert Mueller’s report while being reminded daily of how staggeringly thorough his inquiry has been. We could be on the cusp of a recession. Even amid strong economic indicators, voters issued a clear repudiation of Trump in the midterm elections, as the Democrats picked up at least 40 House seats.

But we should plan for a worst-case scenario — for a Trump who’s wounded but not critically or who has managed to hit some kind of herky-jerky homestretch stride. We should be cleareyed about each Democratic contender’s shortcomings and vulnerabilities.

Biden, who followed 36 years as a senator from Delaware with eight as Obama’s vice president, has many. His record is one of them. There’s prodigious accomplishment there but also trouble: his stern treatment of Anita Hill when she appeared before the Senate Judiciary Committee, of which he was chairman; his role as an ambassador for the financial services industry in Delaware; his key part in the passage of crime bills that ended up punishing African-Americans disproportionately. None of that jibes with his party’s current priorities and mood.

The very scope of that record isn’t ideal. “It would be so nice, after Hillary, to have someone without years and years of votes and baggage,” one Democratic strategist told me. Biden’s long history, she added, “is a treasure trove for any opponent.”

Then there’s Biden’s famous propensity for cringe-inducing gaffes. Maybe those would be less noticeable or relevant than before, given the nature and nuttiness of Trump’s expectorations.

But maybe they’d muffle the substance of his message. Between his verbal fumbling, his attempts to recover from them and all the shiny, meaningless objects that Trump gets journalists to chase, a Biden-Trump matchup could turn into a total circus, and who flourishes in that kind of habitat? Trump. He can out-clown Bozo and the specter in “It” combined.

While Biden, at 76, is only four years older than Trump, Democrats have had more luck over recent decades with presidential candidates younger than their Republican opponents. “In the last century, the party has never won with a non-incumbent who was older than 52,” Thor Hogan, who teaches politics at Earlham College, wrote in The Washington Post recently.

That “makes perfect sense,” Hogan added. “Democrats are the party of progress, of hope and of change.”

They’re already straining that brand with their trio of top leaders in the House: Nancy Pelosi, 78; Steny Hoyer, 79; and Jim Clyburn, 78. They’re going to plump up the septuagenarian society further with their 2020 nominee? “It would be tragic for Democrats to squander an obvious chance at an age and health and vigor and generational contrast to Trump,” another Democratic strategist said.

That’s a contrast plenty of local Democratic operatives want. On the same day that Biden trumpeted his qualifications in Montana, The Wall Street Journal reported that it had surveyed the Democratic chairmen and chairwomen of all 99 counties in Iowa; that 76 responded; and that while there was no consensus on the issues or positions that a 2020 nominee should emphasize, 43 of these leaders indicated a preference for “a young candidate” and “a fresh face.”

As that latter phrase suggests, Biden’s problem isn’t just age. A candidate can be old in years and relatively new to presidential politics (Elizabeth Warren, 69; Mike Bloomberg, 76) or old in years and the champion of new directions (Bernie Sanders, 77). Neither of those descriptions applies to Biden.

His party can’t get enough of the word “progressive,” but he’s regressive, symbolizing a step back to an administration past. Don’t get me wrong: That’s infinitely preferable to the indecent present. But it’s a questionable campaign slogan.

He has said that he’ll decide in the next month or two whether to run — whether he’s willing to spend that much time away from his grandchildren. For their sake, I hope he stays on the sidelines. For our sake, too.