Lucama, N.C. — The Wilson County Sheriff's Office was investigating a murder-suicide at the home of a popular high school teacher and her husband, authorities said Wednesday.

The sheriff's office said they responded around 11 p.m. Tuesday to a home in the 5600 block of Wellons Court on a report of a burglary in progress, authorities said in a written statement. When deputies arrived at the residence, the investigation shifted to a murder-suicide probe, according to the sheriff's statement.

Authorities have identified the married couple as Pamela Eatmon and Anthony Eatmon.

The sheriff's office has not publicly said who was the victim in the killings or how the two died. 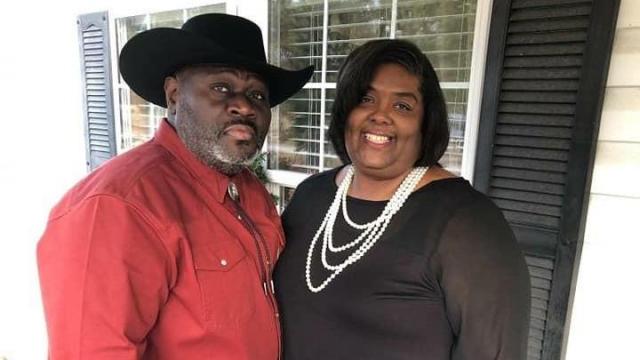 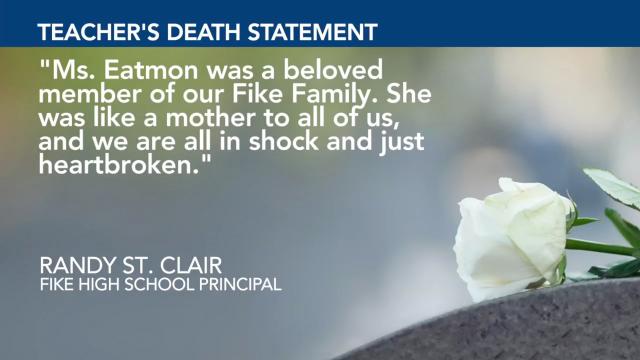 "Ms. Eatmon was a beloved member of our Fike family. She had been here for 10 years and taught Family and Consumer Science. She was like a mother to all of us, and we are all in shock and just heartbroken," St. Clair said. "I ask that everyone please keep her family - as well as our staff and students - in your thoughts and prayers during this difficult time."

On Wednesday, there was a crumpled piece of yellow crime scene tape that had fallen down after being posted previously at the one-level home in the Black Creek area.

“I was at work and I got a phone call (and) I just couldn’t believe it," said Sherry Thompson, a neighbor of the Eatmons.

“I used to go over there spend countless hours there like if that I hadn’t eaten anything they would go to the store get me something to go to the restaurant they were lovely people.”

Were told Pamela and Anthony had three children, the youngest of whom died almost 10 years ago in February when he collapsed during basketball practice at Hunt High School.

Despite family tragedy, the couple carried kindness.  And Pamela – that signature smile.

Neighbors who live in the area said the couple was known for their friendliness.

She was a sweet person," Thompson said. "When I see her, (she was) never frowning, never mad, never sad (and) always with a beautiful smile."