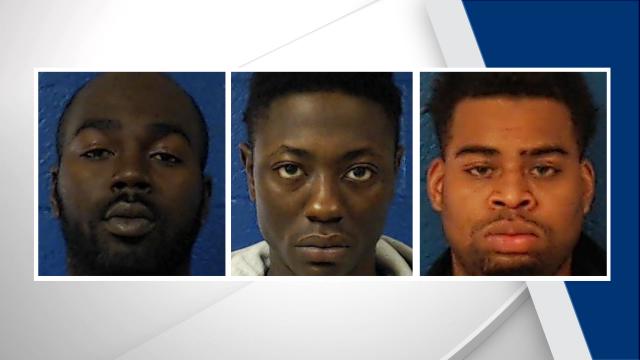 Rocky Mount, N.C. — Three Georgia men were arrested Tuesday after a traffic stop on Interstate 95 north of Rocky Mount led to the discovery of drugs, weapons and a cache of bogus gift cards, authorities said.

Deputies with the Nash County Sheriff’s Office Highway Interdiction Team stopped a car with Virginia tags at about 8:30 a.m. for a traffic violation. Smelling marijuana inside the car, the deputies searched the vehicle and found a small metal grinder with marijuana residue inside and three semi-automatic handguns that were hidden in the car, authorities said.

The deputies also found a handheld card skimmer and a laptop in the car and numerous fraudulent gift cards, authorities said. Identification containing the names and driver's license numbers of two people had been altered and were being used to manufacture the gift cards, they said.

All three were placed into the Nash County Jail under $43,000 secured bonds.