I-95 reopened near Rocky Mount after truck overturned 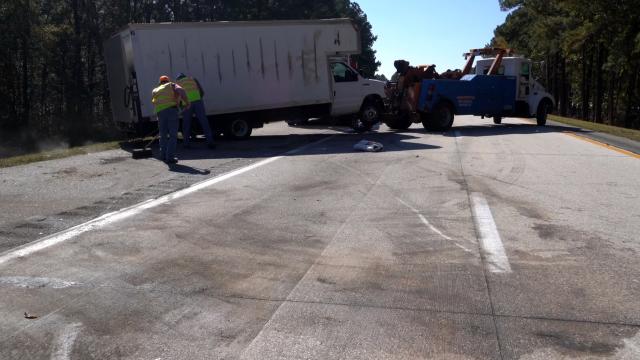 The driver, whose name wasn't released, went off the left side of I-95 near the N.C. Highway 97 exit (Exit 127) and then over-corrected, causing the truck to overturn and slide along the pavement, authorities said.

The crash happened shortly after 8 a.m., and the highway wasn't cleared and reopened until about 12:30 p.m.