Hutch: Six bands not to miss at Hopscotch 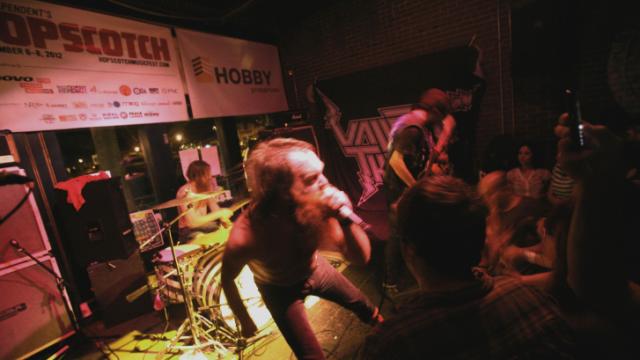 Raleigh, N.C. — WRAL photographer Greg Hutchinson loves local music. With Hopscotch Music Festival right around the corner, he gave Out & About a list of his "Do Not Miss" shows:

Spoon – This is likely a top pick for a lot of people. They are headlining a Friday night on the main stage for a reason. It should be a high energy show while Spoon rattles through their highly touted, brand spankin’ new album, "They Want My Soul." I will be cringing with sadness that I have to shoot football that night instead of checking in on one of the best acts to ever hit Hopscotch.

Valient Thorr – One of the best shows I’ve ever seen was VT at the Pour House during Hopscotch. There is basically one rule when attending their show: Don’t bring your face because they will rock it off. You’ve been warned.

IIII (four) – So, imagine the drummers from five of your favorite bands teaming up with ten of your favorite local drummers (with maybe a synthesizer or two mixed in). Now, go see this show. Your dream just came true. The truth is, no one knows what this will sound like, because this combination of musicians has never been seen before. It literally seems impossible for this to suck, unless of course, you don’t like drums, in which case, you should probably stay far far away from this.

Witch Mountain – I’ll be the first to tell you to avoid a metal show, yet there are two metal bands on this list. I’m not interested in explaining myself, but I am interested in hearing Uta Plotkin live. There is just something intriguing hiding in her voice. I will make a point to pop into the Lincoln Theatre during their set on Saturday.

What Cheer? Brigade – Want to see and hear something you’ve never experienced before? This loaded brass band has a flair for entertaining, and manages to get a lot of buzz following their performances wherever they go. C’mon, a 19-piece brass band taking over Kings? Ummmm, ok. Where do I sign?