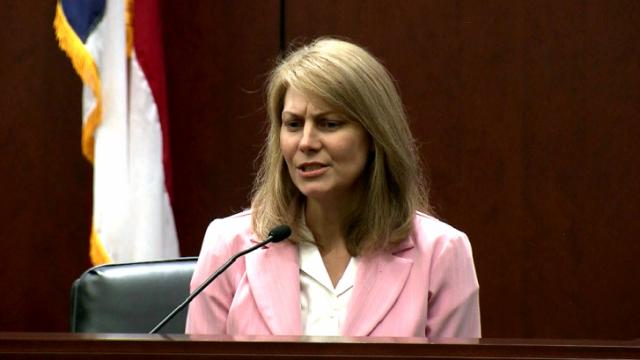 Raleigh, N.C. — A Raleigh woman who says she feared her husband when she helped him cover up the grisly murder of his ex-girlfriend three years ago is asking for a divorce, according to court documents filed this week in Wake County District Court.

Amanda Smith Hayes, 42, and Grant Ruffin Hayes III, 35, were both convicted in the past year of the July 13, 2011, death of Laura Jean Ackerson, whose dismembered remains were recovered 11 days later in a Texas creek.

Prosecutors say the Hayeses, married April 29, 2010, wanted to rid their lives of the 27-year-old Ackerson – the mother of Grant Hayes' two young sons – because of a bitter custody battle.

But at their trials, the couple blamed each other for the crime. Grant Hayes said his wife accidentally killed Ackerson, while Amanda Hayes said he was responsible and that she assisted because he threatened her and the children if she didn't cooperate.

Johnny Gaskins, who represents Amanda Hayes, confirmed that she is seeking a divorce but declined to comment on the matter.

Amanda Hayes was convicted in February of second-degree murder and is serving 13-16 years in prison. She was also indicted in Fort Bend County, Texas, in April on a charge of tampering with a human corpse.

Grant Hayes is serving life in prison without the possibility of parole after being found guilty in September of first-degree murder. He's appealing his conviction, and paperwork on the matter is due next month.