Husband in critical condition, wife injured after crash near RDU 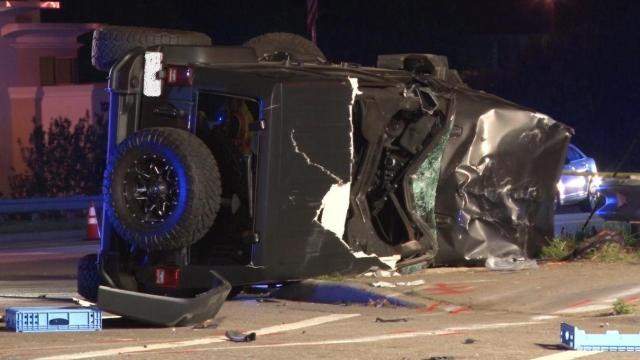 Morrisville, N.C. — A man is in critical condition after a Saturday night crash near the Raleigh-Durham International Airport.

Morrisville police said officers responded to a crash involving a black Jeep Wrangler and a white pickup truck at about 10:03 p.m. near Airport Boulevard and Factory Shops Road. 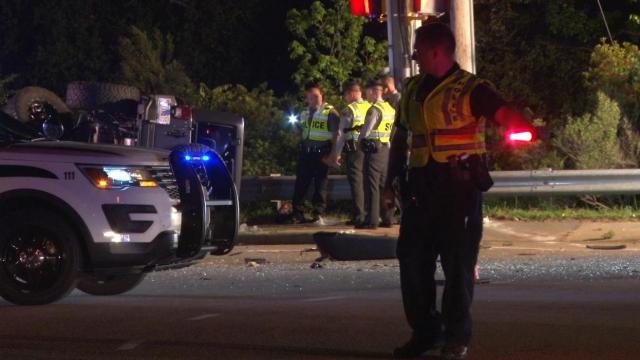 Officials say both vehicles were traveling on Airport Blvd. when another car pulled out in front of the pickup truck. The pickup truck swerved to the right to avoid hitting the car and sideswiped the Jeep, which hit a guard rail and flipped.

Authorities believe the Jeep and pickup truck were traveling from Interstate 40 to Airport Boulevard when a third vehicle pulled out in front of the truck from Aerial Center Parkway. The pickup truck swerved to the right in an attempt to avoid a crash with the third vehicle, and struck the Jeep, authorities said.

The driver of the Jeep was ejected from the car and is in critical condition. His wife, who was riding in the passenger seat, is in stable condition.

Authorities are searching for people who witnessed the crash and are asking anybody with information to call Morrisville police at 919-463-1610.