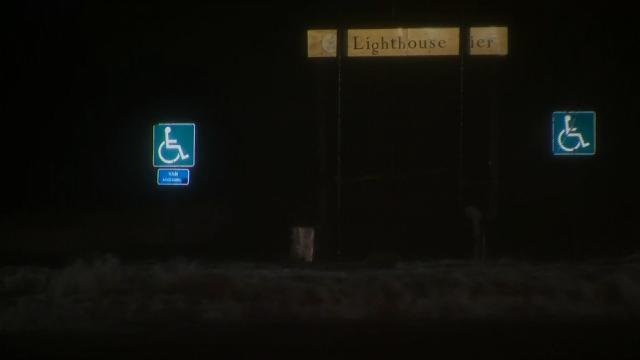 (CNN) — Nate was downgraded to a tropical depression late Sunday morning as it continued to move inland, the National Hurricane Center said.

The storm made its second landfall early Sunday morning as a Category 1 hurricane and had been steadily weakening since.

Its maximum sustained winds had dropped to 35 mph, the center said, adding that elevated water levels from storm surge in areas along the Gulf Coast would "gradually subside (Sunday) afternoon."

The hurricane center discontinued all warnings and advisories as a result of the weakening of the storm.

Nate made its second US landfall near Biloxi, Mississippi, shortly after midnight local time Sunday as a Category 1 hurricane. Hours earlier it had made its first US landfall near the mouth of the Mississippi River in southeast Louisiana, with winds of 85 mph, according to the hurricane center.

It was the first hurricane to make landfall in Mississippi since Hurricane Katrina in 2005.

Nate triggered hurricane, tropical storm and storm surge warnings across a swath of Gulf states, as residents braced for the third hurricane to hit the US mainland in just six weeks.

Officials warned coastal communities of the storm surge, a rise in water level as the storm approaches the shore.

Nate knocked out power to 67,000 homes across the Gulf, most of them In Alabama. Alabama Power reported Sunday afternoon that more than 63,000 customers were without power.

Mississippi Power said 3,716 of its customers were without power, while in Louisiana, 332 homes were affected.

"Nate's center will continue to move inland over Mississippi and across the Deep South, Tennessee Valley and central Appalachian Mountains through Monday," according to a hurricane center advisory. Those areas could see anywhere from 3 to 6 inches of rain, the center said, with a maximum of 10 inches in some spots.

There was also the risk of isolated tornadoes in the Florida Panhandle, eastern Alabama and some areas in northern Georgia.

"A turn toward the northeast with an increase in forward speed is expected during the next couple of days," the advisory said. The storm would "continue to quickly weaken as it moves farther inland," it added.

Nate carved a path of devastation in Central America. At least 28 people were killed Thursday in Costa Rica, Nicaragua and Honduras. Hundreds were rescued from floodwaters and mudslides. Many lost power and running water.

Flooding along the Mississippi coast

Ahead of Nate, President Donald Trump declared an emergency in Mississippi and Louisiana.

"We are extremely fortunate there has been no loss of life due to the storm," Bryant said, giving credit to emergency management officials and residents who heeded their warnings.

There was some damage, he said, mainly to homes along the coast that were hit by the storm surge. That damage is being assessed, Bryant said.

In Biloxi, Mayor Andrew Gilich was especially concerned about the storm surge Nate might bring. "The storm surge is a big thing that really traps everyone," he said on Saturday morning.

A dozen casinos in Mississippi took the rare step of closing early as the storm moved in. Several casinos in Biloxi experienced flooding overnight in either their parking garages or entry areas, the Harrison County Emergency Operations Center said.

There have been no reports so far of Nate causing injuries or major damage to homes in the city, according to Biloxi's public affairs manager, Vincent Creel.

"We were well aware that this could've been a much more serious storm. There was talk of it being a Category 2 with an 11-feet tidal surge when it came ashore. It did not -- happily -- it did not live up to that billing," he said.

Biloxi will now assess the damage.

"We're starting to see the water recede and we still have some wind gusts on the back end of the storm and we're going to have a lot of cleanup to do on our front beach. ... It's to be seen how much damage was done to the sand beach here in Biloxi and Harrison County," he said. "It looks like the beach took a pounding from the surge."

Louisiana official: 'I think we dodged a bullet'

Nate moved east of New Orleans, sparing the city the worst of the storm.

New Orleans spent most of Saturday under a hurricane warning that was lifted around 7 p.m. It was downgraded to a tropical storm warning and New Orleans Mayor Mitch Landrieu lifted a citywide curfew.

Landrieu said in a news conference Sunday that officials "haven't seen or had reported any damage anywhere in the city. We're very thankful for that."

Landrieu said the city would begin to return its focus to helping hurricane victims in Puerto Rico, Houston and the Florida Keys.

"I think we dodged a bullet," Louisiana Lt. Gov. Billy Nungesser told CNN's Brooke Baldwin on Saturday night. "I think we got the dry side of the storm."

Nungesser said he had been at Plaquemines Parish, which is at the southeast tip of the state. "We saw no flooding or levees overtopping," he said.

Trump approved an emergency declaration for 39 counties in Alabama Sunday afternoon, which would free up federal resources to help state and local agencies in their recovery efforts after the storm.

Alabama's Dauphin Island had "significant saltwater flooding," Mayor Jeff Collier said early Sunday. He said homes and cars were flooded, the causeway leading to the island closed and the west of the island inaccessible due to water up to 6 feet deep. The water had started to recede, Collier said.

There were a handful of water rescues in Mobile, Alabama, CNN affiliate WALA reported. Otherwise, an initial survey of the area showed light damage in Mobile County.

The Port of Mobile closed Saturday, meaning the Carnival Fantasy cruise ship would not be "making its scheduled call" there Sunday, the Mobile Alabama Cruise Terminal said.

The Bankhead Tunnel, a major downtown thoroughfare that passes under the Mobile River, was closed because of the hurricane, emergency officials tweeted.

The President also approved an emergency declaration Sunday for Escambia and Santa Rosa counties in Florida.

Florida Gov. Rick Scott, who had previously declared a state of emergency in 29 counties, said Saturday that evacuation orders were in effect for Escambia and Santa Rosa counties, with shelters open for those seeking higher ground.

On Sunday morning, he warned residents of the continued risk of storm surge and urged residents to "stay off the beach and listen to local officials."

Correction: Mississippi's emergency management agency has revised its statement regarding the number of customers in the state who are without power. This story has been updated to reflect that change.