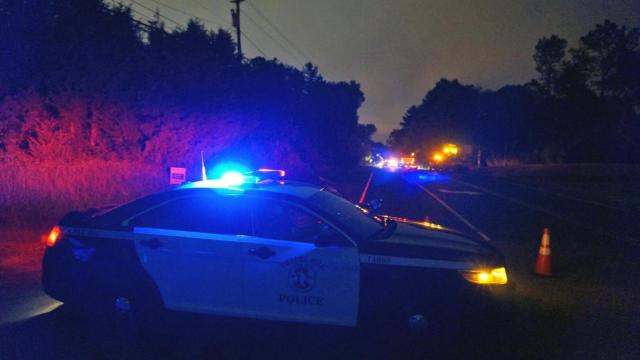 Chapel Hill police officers were called to the area, which is between Pope Road and East Lakeview, at about 1 a.m. Tuesday.

The road was closed for a portion of the day while Duke Energy crews were on scene to repair the lines. Power returned at about 11:40 a.m., according to Duke Energy spokesperson, Jeff Brooks.

About 430 people in Orange County and another 250 people in Durham County were without power because of the incident. No injuries were reported.