Hundreds of volunteers clean up downtown Raleigh after looting, fires

At 4 a.m. Saturday morning, even as looting and fires were still happening in downtown Raleigh, nearly 200 volunteers had already signed up to get up early and help begin the clean-up process.

By noon, nearly 450 people said they were attending the clean-up event.

Organizers like Amber Smith of Activate Good, a non-profit that encourages volunteerism across the Triangle, and Zach Medford, a local business owner who had three bars on Fayetteville Street that were heavily damaged, helped manage the massive group of volunteers who descended upon downtown Raleigh--ready to help. 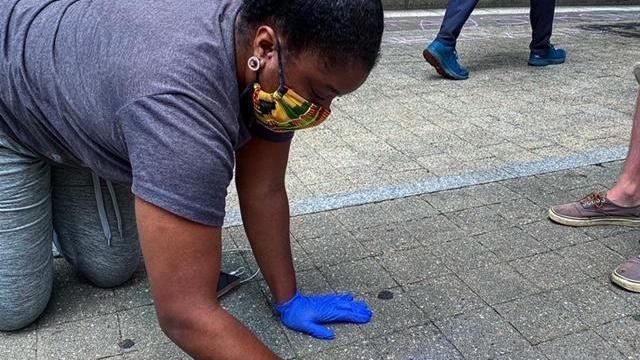 Smith said, "There were about six different people on Facebook organizing clean-ups for this morning. We all discovered each other's efforts and teamed up."

By 11 a.m., much of the shattered glass was off the streets. Windows were boarded up. People were scrubbing graffiti off walls. 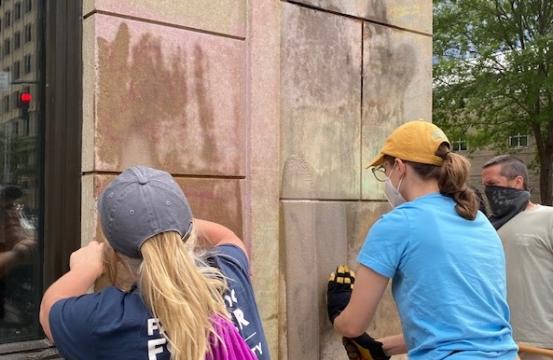 Messages of kindness, love and unity were scrawled across the sidewalk in washable chalk.

"We are all saddened and probably angry to some extent; however [rioting] is not the way to correct a wrong," said Faith Chaplin.

From protesting Saturday to volunteering Sunday

Some volunteers, like Jacquie Keller and Aryn Banks, attended the protest when it was peaceful.

Banks said when she heard of the later rioting, she decided to step up.

"I wanted to come back today to show that Raleigh is still beautiful. It’s still peaceful and that’s what I’ve experienced here. There’s lots of people helping out lifting a hand, cleaning up," she said.

Keller had also been part of the protests on Saturday, making an impact by making her voice heard. Sunday, she was making an impact in a different way--helping clean up the mess left behind by looters.

"We need the injustice to be addressed, but we also need love to prevail. And so, we stand for both of those," said Ester Thiz. 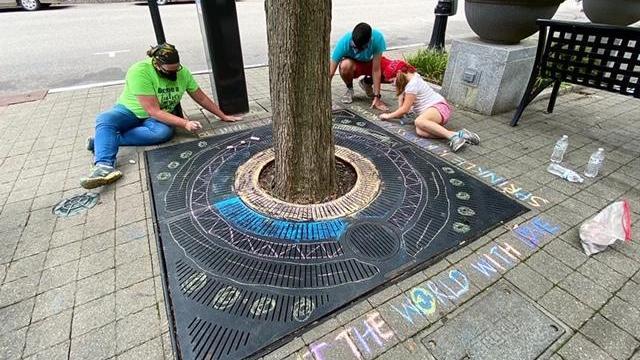 One volunteer lovingly drew a heart on the ground while speaking about unity and love. Another wore a mask that said "Be Kind."

Look for the helpers

Smith said no more volunteers were needed today--they had an abundance of help. However, she encourages people who want to help to watch the Facebook event, where more opportunities to help will be shared.

"This is only the beginning," she said.

As the small businesses--many of whom were already facing economic hardship in the wake of COVID-19--pick up the pieces, they have hundreds of helping hands ready to offer assistance. 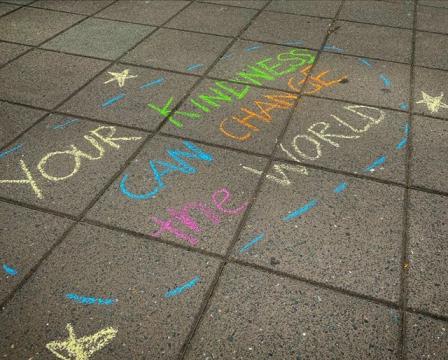