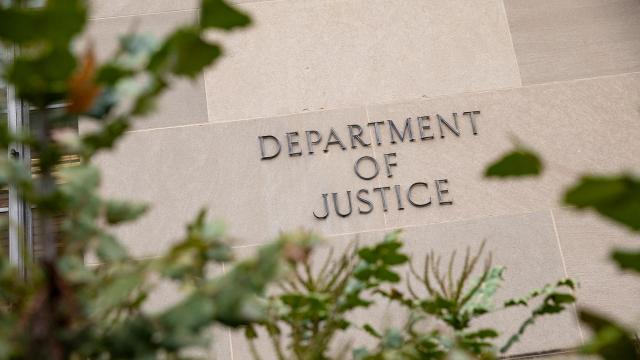 "Make no mistake: The Department's action is extraordinarily rare, if not unprecedented," the letter says. "If any of us, or anyone reading this statement who is not a friend of the President, were to lie to federal investigators in the course of a properly predicated counterintelligence investigation, and admit we did so under oath, we would be prosecuted for it."

The letter, organized by Protect Democracy, a nonprofit that has combated the Trump administration, mirrored a similar effort put forward by the group earlier this year after the Justice Department softened its sentencing recommendation for Roger Stone in another episode that sparked cries of political interference in cases involving the President's friends.

As of its launch Monday morning, more than 1,950 former Justice Department employees who served under Republican and Democrat leadership had signed their names to the letter.

The former officials urged the federal judge who must still approve the government's request to dismiss the case to "closely examine the Department's stated rationale for dismissing the charges" including by holding a hearing on the evidence with witnesses.

"While it is rare for a court to deny the Department's request to dismiss an indictment, if ever there were a case where the public interest counseled the court to take a long, hard look at the government's explanation and the evidence, it is this one," the letter says.

The officials also revived their call for Barr to resign "for the integrity of the Justice Department and for our democracy," and said that lawmakers should censure Barr for the move and reschedule a planned testimony that had been canceled as a result of the pandemic "as soon as safely possible."

Barr said the department had a "duty" to move to dismiss the charges against Flynn during an interview with CBS News on Thursday. He denied that he was following instruction from Trump and instead said that he was "doing the law's bidding."

"I'm doing my duty under the law, as I see it," Barr said. He echoed the legal reasoning to drop the case that was laid out in the filing, saying that "a crime cannot be established here."

Barr also said the FBI "did not have a basis for a counterintelligence investigation against Flynn at that stage," adding that "people sometimes plead to things that turn out not to be crimes."

UPDATE: This headline has been updated with a more precise number of former employees who signed on to the letter.