Conner was shot and killed while conducting a traffic stop early Wednesday in Columbus County near the South Carolina line, authorities said.

Conner stopped a white GMC pickup that was speeding on U.S. Highway 701 south of Whiteville. The truck pulled over near the intersection with Sellers Town Road, and when Conner approached the vehicle, someone inside fired multiple shots, hitting Conner in the face and the torso, authorities said. 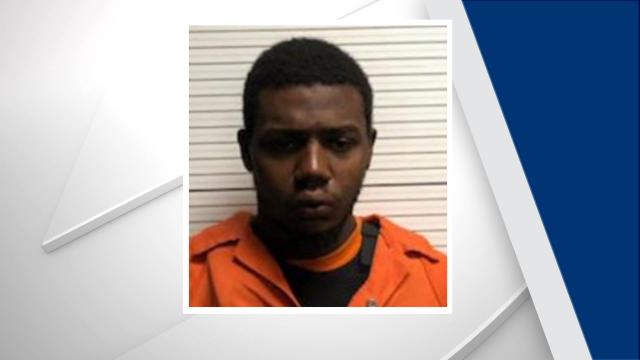 A Good Samaritan happened upon a wounded Conner and called 911, David said.

An 11-year veteran of the Highway Patrol assigned to Columbus County and the father of two children, Conner was pronounced dead at a nearby hospital.

"He was a family man. He loved his wife and kids. He loved his community," said Mike Baker with the North Carolina Highway Patrol.

The bond between law enforcement was evident, as people from agencies in 22 different states attended the service.

"It just shows we support each other in times of good and times of bad," Baker said.

Conner's body was escorted to the funeral by the North Carolina Troopers Association Caisson Unit and Gov. Roy Cooper spoke during the service.

The service was followed by a memorial outside the high school, which included a flyover.

Jeff Tripp, president of the local nonprofit Blue Knights Motorcycle Club chapter said that even though some of their members didn't know Conner personally, they wanted to attend Sunday's funeral to show respect.

"We want to show the Highway Patrol men that are here that we respect them. They're still out doing the job day in and day out," Tripp said. "It should tell you that we're all brothers in blue. We are the thin blue line."

The North Carolina Troopers Association has set up a fund to help Conner’s widow with funeral costs and family needs.

Donations can be made by credit card online at www.nctroopers.org, or checks can be mailed to P.O. Box 840, Summerfield, NC 27358.

Flags across the state were lowered to half-staff Thursday morning in memory of Trooper Kevin Conner, the 65th State Highway Patrol officer to be killed in the line of duty.

In 2011, Conner was hailed a hero when he extinguished a car fire while saving a driver involved in a crash in Whiteville.