Raleigh, N.C. — People rallied in 700 cities across the country on Saturday, including gatherings in Raleigh, Durham and Charlotte.

In Raleigh, roughly 1,000 people filled with Bicentennial Plaza for the 'Rally for Abortion Justice.' The demonstration included speakers and a march during the national day of action.

The rally was part of a larger Nationwide Women's March, which is a response to SB 8 in Texas, which organizers say, "essentially outlaws abortion in the state by empowering private citizens with $10,000 bounties to file devastating lawsuits against abortion providers and anyone 'aiding and abiding' an abortion." 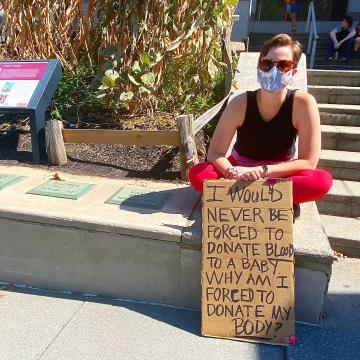 In a release sent ahead of the rallies, organizers said, "SB 8 is not only an attack on abortion rights, but an attack on affordable healthcare services for working class people, who will lose access to free and low-cost reproductive healthcare if abortion providers are forced to close due to costly legal battles. Restrictions on abortions do not stop abortions from happening; they only increase the number of life threatening abortions."

Those in attendance spoke passionately about their cause. They shared stories of those, who they say, would be most hurt by the loss of abortion access. In many cases, the minorities and the poor were most negatively impacted, they felt.

"In Texas, that has really created a blueprint for other states like North Carolina to possibly and potentially follow,” said Lela Ali with Muslim Women For.

In a counter-protest, speakers talked about ways to push back. That contingent felt encouraged by new legislation they're seeing.

“I am really excited for what is going on in politics," said counter protestor Lydia Taylor. "We are getting closer to overturning Roe versus Wade, which is a great step in reversing abortion.”

In response, rallies to demand full reproductive rights took place around the United States on Saturday, ahead of the Supreme Court's reconvening on Oct. 4. 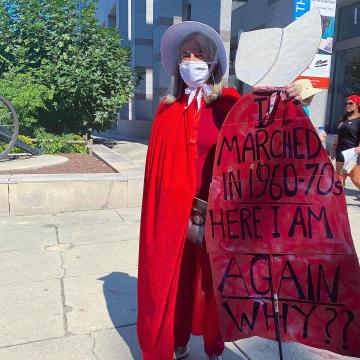 The marches are calling on Congress to pass the Women's Health Protection Act (WHPA), protecting a person's ability to decide to continue or end a pregnancy.

"WHPA would enshrine into law healthcare providers' right to offer abortion services 'prior to fetal viability' without restrictions imposed by individual states," said the release.

"In North Carolina, a web of medically unnecessary restrictions prevents many people from accessing abortion, inflicting serious harm on patients, particularly people of color, people who live in rural parts of the state, and people experiencing financial hardship," said organizers in a release. 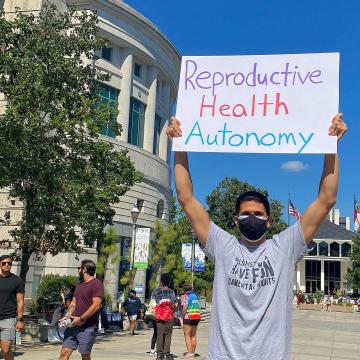 "91 percent of North Carolina counties do not have an abortion provider today," they said.

“We need to make sure we have a policy in place that is sustainable that can protect all people and give them access to reproductive rights,” said Dana Alhasan with the Party for Socialism and Liberation. 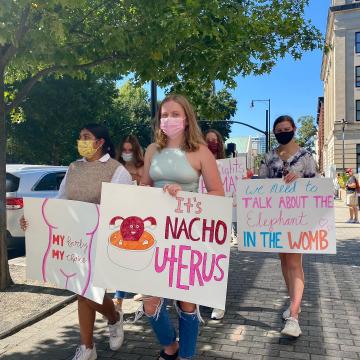 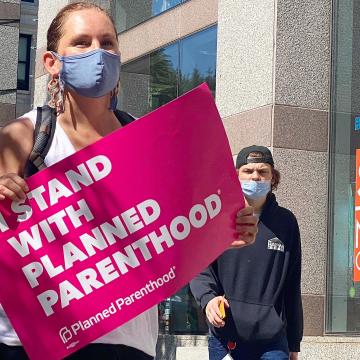 There is more information about the Raleigh march on their website.

A federal judge is deciding whether to block the law, which has banned most abortions in Texas since early September.