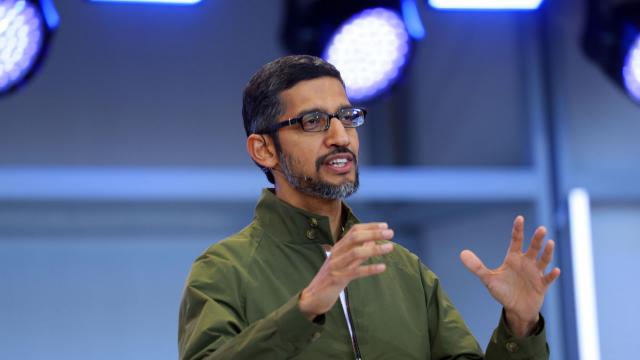 SAN FRANCISCO — Google is struggling to contain a growing internal backlash over its handling of sexual harassment and its workplace culture.

Over the past week, Sundar Pichai, Google’s chief executive, and Larry Page, a co-founder of Google and the chief executive of its parent company, Alphabet, have taken multiple steps to calm its agitated 94,000-person work force. The anger arose after The New York Times revealed last week that Google had paid millions of dollars in exit packages to male executives accused of harassment and stayed silent about their transgressions.

Google later said it had fired 48 people for sexual harassment over the past two years; none received an exit package. Page and Pichai also issued apologies, with Pichai later saying his initial statement “wasn’t enough” and apologizing again. And one of the executives whom Alphabet continued employing after he was accused of harassment resigned Tuesday and did not obtain an exit package.

But employees’ dissatisfaction has not subsided. On Thursday, more than 1,500 — most of them women — plan to walk out of almost two dozen company offices around the world to protest the treatment, organizers said.

“We don’t want to feel that we’re unequal or we’re not respected anymore,” said Claire Stapleton, 33, a product marketing manager at Google’s YouTube who helped call for the walkout. “Google’s famous for its culture. But in reality, we’re not even meeting the basics of respect, justice and fairness for every single person here.” The walkout is a culmination of simmering tensions at a time when Silicon Valley workers have become more activist. Tech employees once moved in lock step with their leaders to make products that they said would change the world, but the industry has come under the spotlight for causing harm rather than good. That has led engineers, data scientists and others to increasingly question how their work is being used.

Employees at Microsoft and Amazon recently protested the companies’ work with federal immigration authorities when migrant children were being separated from their families at the Mexican border. And some employees at Facebook have complained that the social network is intolerant of different political perspectives.

Nowhere has the tech employee activism been more evident than at Google. Workers have pushed back this year against the company’s artificial intelligence work with the Pentagon, saying their work shouldn’t be used for warfare. Google eventually decided not to renew its contract with the Pentagon. Employees also rebuked Pichai and other executives for developing a search engine for China that would censor results. Since then, Google has not moved forward on a search product for China.

The treatment of female employees has been an especially charged topic at Google. Just 31 percent of its global workforce and about 26 percent of its executives are women. Google has also been sued by former employees and the Department of Labor, which claim that it underpaid women; the company has said it does not have a wage gap between male and female employees.

Google workers said other incidents had raised questions about the company’s attitude toward women. Last year, one engineer, James Damore, argued in an internal document that women were biologically less adept at engineering and that “personality differences” explained the shortage of female leaders at the company. After an outcry, Google executives rejected the memo and fired Damore.

At a staff meeting last year, Google’s founders, Page and Sergey Brin, also struggled to answer a question about who their female role models were, said two employees who saw a video of the meeting. Brin tried to recall the name of a woman he had recently met at a company event who had impressed him, the people said. Page eventually reminded Brin that the woman’s name was Gloria Steinem, the feminist writer. Page said his hero was Ruth Porat, the chief financial officer of Google and Alphabet, said the people, who were not authorized to speak publicly.

Last week, The Times reported that Google had paid Andy Rubin, the creator of the Android mobile software, a $90 million exit package even after the company concluded that a harassment claim against him was credible. (Rubin has denied any misconduct and has said the report of his compensation is a “wild exaggeration.”) Google also paid millions of dollars in an exit package to another executive who was accused of harassment, and continued employing a third despite a harassment claim.

Google’s workers were outraged. They immediately raised questions at a staff meeting with executives last Thursday about how the company approaches sexual harassment.

“I know this is really an exceptionally painful story for some of you, and I’m really sorry for that,” Page said at the time.

The meeting did little to quell the anger. On Friday, Stapleton said, she created an internal mailing list to organize a walkout. More than 200 employees joined over the weekend, she said, and the numbers have since grown to more than 1,500.

On Tuesday, Richard DeVaul, one of the Alphabet executives who The Times revealed was accused of harassment, resigned from the company. He did not receive an exit package, according to a company spokeswoman.

That same day, Pichai sent an apologetic email to employees, saying he would support this week’s protest. He said that some workers had already raised constructive ideas of how to improve policies around harassment and that he hoped to “turn these ideas into action,” according to the email, which was obtained by The Times.

Employees organizing the walkout have called on Google to end the practice of private arbitration — which requires people to waive their right to sue and often includes confidentiality agreements — in cases of sexual assault and harassment. They also are demanding publication of a transparency report on instances of sexual harassment, more disclosure of salaries and compensation, an employee representative on the company’s board and a chief diversity officer who could make recommendations directly to the board.

Other employees said they were disappointed that senior executives such as David C. Drummond, Alphabet’s chief legal officer, who had a child with a female subordinate, and Brin, who had a public extramarital relationship with an employee, remained in influential positions. Some raised questions about whether it was appropriate for Eric Schmidt, the company’s former chief executive and chairman, to remain on Alphabet’s board after former and current employees said he had retained a mistress as a company consultant.

Thursday’s walkout is set to begin in Google’s Tokyo office and then circle the globe, with employees leaving work around 11 a.m. in their time zones, Stapleton said. People can choose whether or not to return to work, she said. “While Google has championed the language of diversity and inclusion, substantive actions to address systemic racism, increase equity and stop sexual harassment have been few and far between. ENOUGH,” organizers of the walkout wrote on an internal website, which was viewed by The Times. “Time’s up at Google.”