How Trump Is Ensuring That Greenhouse Gas Emissions Will Rise 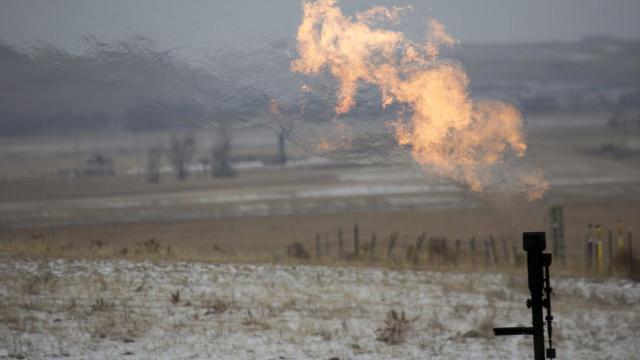 WASHINGTON — President Donald Trump had a clear message Monday when asked about the core conclusion of a scientific report issued by his own administration: that climate change will batter the nation’s economy. “I don’t believe it,” he said.

Trump then laid responsibility for cleaning the atmosphere on other countries like China and Japan: “Right now we’re at the cleanest we’ve ever been, and that’s very important to me. But if we’re clean but every other place on Earth is dirty, that’s not so good. So I want clean air. I want clean water. Very important.”

The remarks fit a pattern, and not just for their bluntness. In almost two years since taking office, Trump has denied the scientific reality of climate change and taken aggressive steps that will increase emissions of heat-trapping greenhouse gases — despite unequivocal scientific evidence that those pollutants are warming the planet to dangerous levels.

“Since virtually the first day the administration came into office they have systematically worked to reverse policies in place to reduce greenhouse gas emissions,” said Robert N. Stavins, a professor of environmental economics at Harvard. “But this report, which is mandated by law, shows that greenhouse gas emissions are going to have profound effects on the United States in this century.”

The report Trump referred to, the National Climate Assessment, issued Friday, was the product of four years of work by 13 federal agencies. It concluded that “Earth’s climate is now changing faster than at any point in the history of modern civilization, primarily as a result of human activities,” and adds, “the severity of future impacts will depend largely on actions taken to reduce greenhouse gas emissions.”

Those impacts include more devastating wildfires, severe storms and coastal flooding, droughts, crop failures, water shortages, threats to public health and the loss of hundreds of billions of dollars to the U.S. economy, according to the authors.

But in his disregard for scientific evidence, Trump has made the dismantling of policies to curb greenhouse pollution a centerpiece of his deregulatory agenda.

The most direct way the Trump administration is working to allow more greenhouse gas emissions is by weakening the Obama-era regulations meant to reduce pollution at its source: the smokestacks of power plants and tailpipes of automobiles.

A ‘calculated effort’ on coal

In 2015 the Obama administration put forward its signature climate measure, the Clean Power Plan, designed to cut greenhouse pollution from power plants 32 percent below 2005 levels by 2030. That would be the equivalent of preventing more than 365 million metric tons of carbon dioxide from entering the atmosphere.

By contrast, the Trump administration’s replacement unveiled in August, known as the Affordable Clean Energy rule, sets no national bench mark. It aims to cut carbon dioxide emissions from 2005 levels by 0.7 to 1.5 percent by 2030.

According to estimates by environmental groups, that means the amount of carbon dioxide emitted from U.S. power plants over the next decade could be up to 12 times higher than it would have been under the Obama-era plan.

“These are life-extension projects for coal plants,” said Jody Freeman, a Harvard law professor and former counsel to the Obama administration. “It’s a very calculated effort to go in the opposite direction from what’s needed.”

The ‘exact opposite signal’ on car emissions

In 2012, the Obama administration put forth a major regulation on planet-warming pollution from vehicle tailpipes, requiring automakers to nearly double the fuel economy of passenger vehicles to an average of about 54 miles per gallon by 2025.

If fully implemented, the plan would have cut about 6 billion tons of greenhouse gas pollution over its lifetime, the equivalent of roughly a year’s worth of greenhouse pollution for the entire country.

In August, the Trump administration published a proposal designed to drastically weaken that rule, freezing average fuel economy standards after 2021 at about 37 miles per gallon. While that rollback is not yet final, early analysis shows that it could lead to the increase of up to 1 billion tons of greenhouse gas pollution from 2012 levels.

“They were a big deal because vehicle travel is one of the biggest sources of greenhouse gas emissions,” said David G. Victor, director of the Laboratory on International Law and Regulation at the University of California, San Diego, of the Obama-era tailpipe rules.

“And they sent a long-term signal to Detroit that they need to make vehicles that produce fewer emissions,” Victor said. “Attempting to loosen them has sent the exact opposite signal to Detroit.”

More methane in the atmosphere

The Trump administration isn’t only loosening Obama-era efforts to curb carbon dioxide emissions. It has also taken multiple steps to make it easier for oil and gas companies to release methane into the atmosphere.

Methane is a potent greenhouse gas — about 25 times more powerful than carbon dioxide in its ability to trap heat in the atmosphere. It is emitted from landfills and coal-fired power plants, burned as part of oil drilling operations and routinely leaked into the atmosphere from faulty oil and gas wells.

Under Trump, both the EPA and the Interior Department have proposed weakening Obama-era requirements that companies repair and monitor methane leaks in wells. New rules under consideration would also loosen restrictions on “flaring,” the burning of methane from drilling operations.

The Obama administration had estimated its steps to regulate methane would prevent the equivalent of 11 million tons of carbon dioxide from entering the atmosphere by 2025. Experts say a rise in methane emissions is an inevitable consequence of Trump’s rollbacks.

“I don’t think there’s any question that dumping the venting-and-flaring rule is causing increases in emissions,” said David J. Hayes, a former deputy secretary of the interior during the Clinton and Obama administrations.

Finally, there is the Trump administration’s vow to withdraw from the Paris Agreement, a voluntary accord under which nearly every country in the world has agreed to reduce emissions.

President Barack Obama pledged the United States would cut carbon at least 26 percent below 2005 levels by 2025. The Trump administration cannot formally withdraw from the Paris pact for two more years, but in rolling back key climate regulations it has effectively stopped all efforts to meet that goal.

But the U.S. role in the Paris Agreement was never just about driving down the United States’ own emissions. It was also about using its leadership to prod major developing countries like China, India and Brazil to also reduce their emissions despite still climbing out of poverty. Those countries, under U.N. rules agreed to by the United States in the 1990s, also are not legally obligated to cut carbon because of their status as developing nations.

“When the U.S. is not taking action on climate it makes it incredibly difficult for countries with lesser means than ours to take action themselves,” said Richard G. Newell, president of Resources for the Future, a nonpartisan Washington-based research organization. Trump’s actions seem to be reverberating in rich and poor countries alike. Australia’s prime minister, Scott Morrison, has threatened to pull out of the Paris Agreement. His conservative government has since said it will honor its pledges, but the country’s energy policy contains no plans for curbing emissions.

In Brazil, the far-right populist President-elect Jair Bolsonaro campaigned on a vow of pulling out of the Paris Agreement.

China, on the other hand, has worked to position itself as the new leader on climate change.

Countries will meet in December in Katowice, the heart of Poland’s coal country, to finalize a set of rules for implementing the Paris Agreement. The United States will attend the talks and, despite the intended rollbacks, is expected to push other countries to be more transparent about their own plans for cutting emissions.