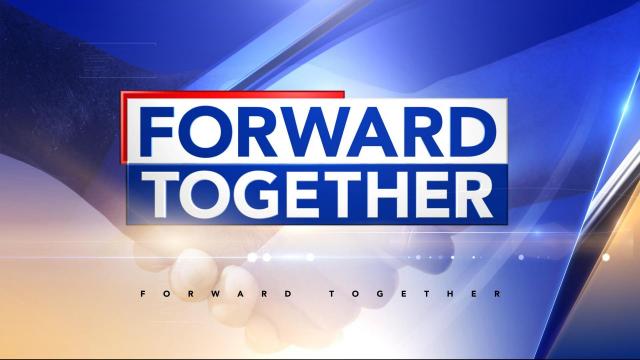 The proposed revisions to North Carolina’s new social studies standards led to intense division among some state board of education members, several of whom were concerned about the proposed standards themselves being too divisive.

The proposal goes before the board for a vote next week, but members discussed the latest revised language at a special call meeting Tuesday.

At issue is whether the proposed standards teach enough of the negative history of the United States to inspire progress or whether they do enough to encourage students to feel positively about their country to inspire unity.

The proposed standards emphasize teaching history from multiple perspectives, including discussing racism, marginalized groups and the impact of policies on different populations. Students may be asked to compare narratives of different perspectives or to list examples of how individuals have resisted and overcome “inequities, injustice, and discrimination within the American system of government over time.”

This is the latest draft of the standards, which the board directed in July to address diversity and inclusion. The board approves subject matter standards but not the supporting documents that teachers use to guide their lesson planning.

Per the North Carolina Department of Public Instruction, 85% of the 7,000 comments received on the proposed standards “indicated a favorable response” to them. The department has since suggested changing references to “systemic racism,” “gender identity” and “systemic discrimination” to “racism,” “identity” and “discrimination.”

Board members opposed to the proposed standards took issue with the overall “tone” of them and said they’re concerned about the outcome of kids learning under their framework, that if students learned too many negative things compared to positive things, they would disengage from civic life. They agreed that negative history needs to be told but disagreed on the extent to which racism is built into society or government and how that should be taught.

“We have to talk about the hard things, the failures, but we also have to build optimism and unity,” board member Todd Chasteen said.

Further, the U.S. has made progress, Board Member Olivia Oxendine said, noting her own presence as a Native American woman on a statewide governing board.

Proponents of the proposed standards argued they would ensure students across North Carolina would receive comprehensive educations that would leave them better prepared to be engaged citizens.

“I believe that saying yes to including multiple diverse perspectives in our history, including the history that might be termed as negative, is in fact a beautiful representation of what it means to be patriotic,” said Mariah Morris, the 2019 Burroughs Wellcome Fund North Carolina Teacher of the Year and a board advisor. “We are going to take and learn from what happened and move onto the future.”

The debate was a “microcosm” of national political discourse surrounding race and the United States’ racial history, board members observed.

That the discussion occurred was good and an indication that the proposed standards would be beneficial for students, board member Jill Camnitz said.

She called the dialogue “the kind of discussions that we need to be having that we hope this revision will encourage in our classrooms.”

But board member James E. Ford took issue with many of the arguments against the proposed standards, and said he felt people weren’t being forthright in their arguments.

“I’m really tired, y’all, because I feel like we’re not being direct,” he said, adding, “The truth is this debate is also about what we don’t want students to know. That’s the subtext we need to take out of our pocket and put on the table.”

The new standards encourage teaching too much negativity about United States history, Lt. Gov. Mark Robinson told the board. Robinson denied the U.S. had serious racism issues and said the proposed standards “smack of leftist dogma.”

Others argued the proposed standards, in emphasizing history from multiple perspectives, will help students better understand the people around them.

Including more perspectives will also help engage students who may feel like their perspective or their families’ perspectives are left out of the classroom, Morris said.

“I know the one thing that’s of the utmost importance is students’ ability to engage in our curriculum,” she said, adding, “Students have to have entry points into conversations, so their identities, their families’ histories … are seen in and validated in our curriculum.”

Robinson said he learned about the accomplishments of minority populations and women during his time in Guilford County Schools and about the “complicated issue of slavery” without the proposed standards in place.

The proposed standards also include broad definitions of “identity” and “racism,” which were made more broad recently after concerns raised about the use of the terms “gender identity” and “systemic racism.”

Ford supported the term “systemic racism” in the definitions and questioned whether the existence of systemic racism was truly debatable.

The U.S. has a long history of laws and policies that have disadvantaged people of color, he said, such as redlining policies that prevented Black prospective homeowners from living in certain areas.

“Racism lives within those laws and systems and customs and norms,” he said. “I am just wondering if that is truly up for debate here.”

The definitions aren’t exhaustive, Superintendent Catherine Truitt told the board, and they were broadened to leave room for different types of identities and different levels of racism. She said she took “systemic racism” to mean that the United States’ Constitution itself is racist.

The board will discuss whether to approve the new standards next week, during their regular February meeting Wednesday and Thursday.