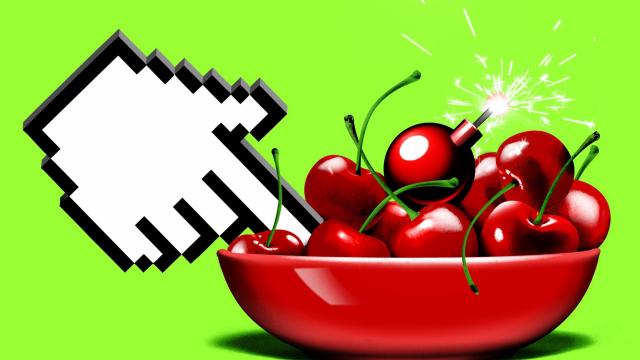 Nearly five years ago, in my very first State of the Art column, I offered a straightforward plan for how to survive what was shaping up to be a turbulent time in the tech world.

At the time, technology felt thrilling and world-changing. You could use a smartphone to call up a car as if you were some kind of baller. You could video-chat with people anywhere in the world, like “The Jetsons” — and maybe some of those people would use the new tech to throw off the yoke of repression, somehow. They were the days of miracle and wonder.

But tech also felt confusing. There were so many new things — every year, new phones with so much more power, made by so many new companies, all running so many new and purportedly revolutionary apps — that it was easy to get lost in the hype. It was also easy to pick the wrong horse. There was no guarantee that this or that novelty would last until next year.

So to get the most out of innovations and avoid betting on the also-rans, my inaugural advice to readers was to follow these steps: Buy hardware from Apple. Use online services made by Google. And get digital media from Amazon.

Now the time has come to amend and update that advice — which is fitting, because this will be my final column in these pages. (I am not going far: I will be writing for The New York Times’ Opinion section starting next year.)

The tech industry in 2018 is far more consequential than it was in 2014, when I started this job. It is bigger, more pervasive and in every way more dangerous. It is also less amenable to outside pressure: The companies that run the show are more powerful than ever, and in many cases governments — especially in the United States — have proved ineffective at curbing their excesses.

How should you, as an ethical and upstanding user of tech, navigate this misbegotten industry? I offer three new maxims for surviving the next era of tech. I hope you heed them; the world rides on your choices.

— Don’t just look at the product. Look at the business model.

Not long ago — in the nascent days of smartphones, mobile apps and the mysterious “cloud” — wading into the market for new tech was often risky. You might buy a phone or tablet whose maker would quickly go belly-up. A lot of stuff did not work well: Backing up your data was a headache, keeping your photos organized across different devices was a nightmare. And even technologies that did work left you plagued with guilt and worry. Remember the curse of email spam, or how you had to pay through the nose for texting?

Something strange and unexpected has happened in the last five years: A lot of tech got pretty good. Slowly but surely, many of our basic struggles were fixed. Nothing is perfect, but for most people, the mobile era has brought simplicity to tech for the first time.

But ubiquitous quality has given rise to a new problem: If everything just works, how are you supposed to choose what to buy?

My advice: Don’t just consider how well a product works, but look at who is making it and how it is sold. Before you dive in to any new doodad, consider a company’s ethics, morals, branding and messaging. If you are not comfortable, look to alternatives (last year, for instance, I switched to Lyft from Uber and I have never looked back). Most important, when choosing tech, it is wise to consider the business model — because it is in the buying and the selling of a product, rather than in the using, that you can best figure out its dangers.

For instance: Even though Google’s Pixel line of phones is very good — a far more affordable option with some features that iPhone users might kill for — I stick with Apple’s phones because I appreciate the simplicity of the trade. I pay Apple a huge sum of money for the device, and it takes extraordinary care in protecting me from some of the worst digital scourges. I don’t doubt Google’s capacity to make great devices. But because Google makes most of its money from ads, and because the internet ad business lies at the heart of just about every terrible thing online, I would rather not fall deeper into that swamp.

Similarly, I found Facebook’s new video-chatting machine, Portal, to be very good, but I will never buy it. Besides Facebook’s dependence on targeted ads, the company has repeatedly breached its users’ trust, not to mention the casual disregard it has shown for larger ideas like democracy. Portal is nice, but it is not that nice.

One thing that has not changed in the last five years is who is running the show. When I started writing this column, Apple, Google, Facebook, Amazon and Microsoft were tech’s biggest and most influential companies. Today, even with recent stock-market troubles, the same five giants sit at the top of the world.

I have railed against this sort of concentration again and again — the tech giants’ increasing domination ruins innovation, undermines consumer choice and generally makes a lot of the industry ungovernable. Lawmakers around the world are now taking notice, and it is possible that in the next five years, we will see greater regulatory curbs to the behemoths’ size and scope.

But you do not have to wait for politicians to weigh in. Your choices as a consumer matter, too — and for a better, healthier tech industry, it is best to avoid mindlessly feeding the giants whenever you can. If you have a choice between something made by one of the Big Five and some indie brand, choose the indie.

Here is one example: Even though I like Apple’s hardware and appreciate its business model, I have stayed away from Apple Music, its subscription streaming service. For me, Spotify is superior in just about every way. Its app works better (its music recommendation algorithm is eerily good), it releases innovative features at a faster clip, and its songs play on more types of devices.

Best of all, Spotify is an independent company. So when I pay for it, I am, in a small way, spreading the wealth in the industry. There are some downsides to this. Apple has shamelessly given its own service priority on its devices — so Siri, for example, will play music from Apple’s service but not from Spotify. But it is precisely this sort of mischief that I am hoping to dissuade by putting my money elsewhere.

There are lots of other examples for looking beyond the big guys. You can use Dropbox instead of storing all your stuff with Apple and Google. Rather than Microsoft Word or Google Docs, I write in Ulysses, a lightweight composing app that is faster and more elegant than any big-tech competitor. Whatever tech you are in the market for, there is most likely some innovative thing made by a non-giant that deserves consideration, if not your money.

One reason the tech industry feels as terrible as it now does is that many of us failed to appreciate the collective power of our choices. Ten years ago, smartphones looked like fun gadgets and social media seemed like a harmless pastime — and few saw the implications for society in their ubiquity, not least the people running the companies and making this stuff.

The lesson of the last decade is that our private tech choices can alter economies and societies. They matter. And they matter most in the mindless rush, when everyone seems to be jumping on board the latest new thing, because it is in these heady moments that we lose sight of the precise risks of turning ourselves over to tech.

That is why the most important lesson I have gleaned in writing this column is this: Just slow down. Don’t jump on the newest thing. If it isn’t plagued with bugs or security nightmares, some other unexpected, emergent risk probably lies within it — and whatever its short-term benefits, you may live to regret it.

Yes, tech could make everything better. But we should be on guard for the ways it could make things worse — how self-driving cars could induce sprawl, how the “internet of things” could provoke apocalypse, how social media could ruin democracy.

Are these unlikely dangers? Maybe. But we live in unpredictable times. The unlikely happens. Be careful. Go slow.