How to help when your child is sick to their stomach 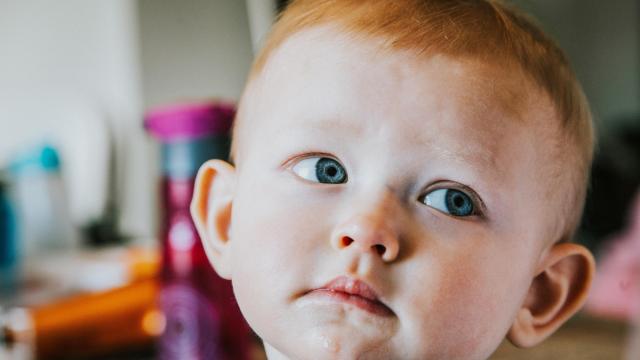 Vomiting is part of life—unfortunately—but that doesn’t make it any easier to watch your child throw up. You just want to make it better.

The good news is, “the vast majority of causes of vomiting in children are viral infections that pass fairly quickly,” says UNC Health pediatrician Edward M. Pickens, MD. “Foodborne illness, or food poisoning, can affect kids too, and that also should be short-lived.”

Of course, when your child is vomiting, you want to know what to do and how to help now. Here’s what you need to know.

Causes of Vomiting in Babies and Children

Most vomiting in kids is caused by the same things that make adults vomit—viral infections, food poisoning and occasionally bacterial infections, Dr. Pickens says. These conditions may be accompanied by abdominal pain, diarrhea and cramping.

For babies younger than 1 year old, especially those younger than 3 months old, it’s important to keep a close eye on any vomiting.

First, evaluate what’s going on. Is it spit-up or vomit? Some babies spit up a large volume, which can be normal, Dr. Pickens says. A baby who spits up all the time might have gastroesophageal reflux disease, or GERD, which can be improved with more frequent burping and keeping your baby upright after feedings.

But if the substance is ejected forcefully—you’ve heard of “projectile vomit”—and the baby seems to be in pain, call your pediatrician. This is especially true if your newborn has a fever of 100.4 degrees or more.

“A happy/unhappy demarcation is helpful,” Dr. Pickens says. “Do you have an unhappy baby who is vomiting with force? Does she or he have a fever? A pediatrician needs to know about it.”

That’s because your pediatrician will want to rule out infections that can be very serious if not treated, such as bacterial meningitis, appendicitis and urinary tract infections.

If your baby appears to be in severe pain, is vomiting forcefully over and over, is lethargic or vomiting green fluid, call 911 or visit the emergency department.

If your child is older than 1 year, it is probably safe to assume that vomiting is caused by a short-term infection or foodborne illness. In these cases, vomiting should resolve in two to three days.

Vomiting in adolescents is sometimes a result of migraines, Dr. Pickens says. And if your child vomits after eating a certain type of food, such as milk, soy, eggs or nuts, he or she should be tested for food allergies and should avoid that food in the meantime.

Finally, vomiting and diarrhea can be symptoms a COVID-19 infection, but they’re not nearly as common as nasal congestion, cough or fever.

As a parent, your No. 1 concern if your child is vomiting is preventing dehydration. This is especially important for babies, Dr. Pickens says.

Give your child fluids as he or she can stomach them. For babies, that will be breastmilk or formula; babies older than 6 months also can have plain water or electrolyte drinks such as Pedialyte, as directed by your pediatrician. Older children should drink water or an electrolyte beverage. Soft drinks, including ginger ale, can aggravate the stomach lining and should be avoided.

Know the symptoms of dehydration. For children of all ages, warning signs include dry mouth, decreased urine production, no tears when crying, and feeling weak or lacking energy. If your child is a baby, he or she should wet a diaper at least every six to eight hours.

If you think your child is dehydrated, call your pediatrician right away. If it’s after clinic hours, contact the pediatrician on call or go to an urgent care or emergency department.

In most cases, no over-the-counter or prescription medicine will resolve your child’s vomiting. You just have to wait for the illness to run its course. In the meantime, give your child lots of fluids and encourage him or her to rest. You might be able to comfort a sick baby or toddler with extra cuddles.

If you’re concerned about your child’s vomiting, you can always call your pediatrician for advice.