How to Foster Empathy in Children 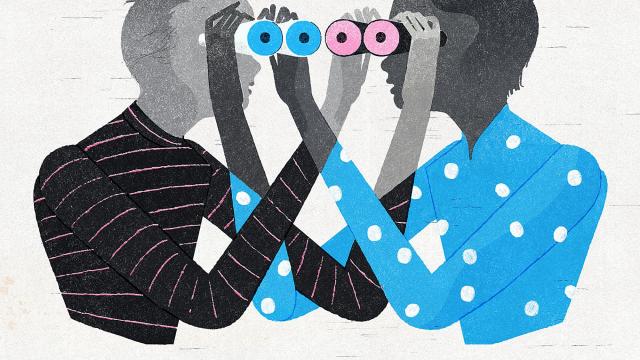 As the year’s end approaches, most Americans get bombarded by emailed and snail-mailed requests for donations to all manner of charities, A to Z.

I’m an easy target, a softy readily seduced by impassioned pleas to help improve the well-being of people, animals and the environment, and I often respond to more appeals than my earnings warrant.

This year will be different, thanks to advice from a leading expert on empathy, Dr. Helen Riess, associate professor of psychiatry at Harvard Medical School and author of a new book, “The Empathy Effect,” which explores the neuroscience behind concern for others and offers advice on how to nurture and apply it most effectively.

Instead of a scattershot of small gifts to a dozen or more charities, Riess suggested in an interview that I “pick one or two where a more substantial contribution can really make a difference.” She told me to use “cognitive empathy,” a more rational, less emotional approach. Empathy doesn’t mean saying “yes” to every request, she emphasized. “Recognize that you can’t save the world, and give to organizations that are most important to you.”

Let something from your own life experience determine which issues are closest to your heart and most deserve your money, she suggests in her book. For me, that would be education and food security; I’ll leave it to others to save abandoned pets and the planet this year.

Perhaps no one knows the importance of balancing feelings with thoughts better than Dr. Judith Orloff, a Los Angeles-based psychiatrist and author of “The Empath’s Survival Guide.” Her book can help highly sensitive people avoid taking on everyone else’s needs and problems, which Riess says can lead to “compassion fatigue” and burnout.

“There’s healthy giving and there’s unhealthy, codependent giving that can ultimately make you feel worse,” Orloff said in an interview. “It’s important to be empathetic but also to set healthy limits and boundaries rather than being a doormat. If you’re a highly sensitive person, you have to learn how to channel your energy. Healthy empathy is when you give from your heart, but not martyr yourself.”

She added, “You have to practice self-care. ‘No’ is a complete sentence — no explanation needed.”

While overly empathetic individuals can be their own worst enemy, more distressing to me, at least, are people who seem deficient, even devoid, of empathy. They are self-focused, narcissistic, always thinking about what’s in it for them and never responding to the needs of others, a deficit that can undermine human survival, which depends on community support.

People with empathy deficiency disorder, as some experts call it, lack a moral compass. They can’t distinguish between right and wrong, Riess said.

Research by Riess and her collaborators has shown that we are each born with a given number of neurons that participate in an empathetic response. But whether this potential to care appropriately for others is realized or undermined is largely molded by early life experiences, starting at birth and continuing throughout childhood.

How, then, can a healthy degree of empathy be instilled in a child? “Empathy is a mutable trait, it can be taught,” Riess told me. “We’re all born with a certain endowment, but it can be dramatically up-regulated or down-regulated depending upon environmental factors,” especially, she said, by the examples set by a child’s caregivers.

Riess urges parents to be role models who show respect and caring for others: “Billy scraped his knee. Let’s go get a Band-Aid for him,” or “Mrs. Jones just came home from the hospital. Let’s take her some soup.”

Teachers and caregivers in child care and pre-K settings can foster empathy by acknowledging rather than dismissing a child’s distress or by bringing a toy or doll to comfort a child who is upset or injured. Libraries and bookstores are replete with stories in print and video that demonstrate the giving and receiving of empathy for children at different age levels. Among the many choices: “I Am Human,” “What’s Wrong with Timmy?” and a personal favorite, “Wonder,” which was also made into a popular movie last year.

Riess has vivid memories of her parents taking turkeys before Thanksgiving to the homes of people who had almost nothing. “Kids tend to focus on what they don’t have — this exposes them to people who have so much less and gives them the gift of being a giver.” She told me of a program called Cradles to Crayons, in which volunteers package up donated items for children in need. The program, operating in Boston, Philadelphia and Chicago, provides essential items for needy children from birth through age 12.

Last August in Boston, for example, Cradles to Crayons volunteers filled 40,000 backpacks for children across Massachusetts from low-income or homeless families. Parents and children can participate together in such programs, perhaps using this program’s model to establish similar projects in cities elsewhere in the country.

With older children, parents might take them to help out in a soup kitchen or visit a nursing home, Riess suggested: “It’s never too late to guide a child toward greater appreciation of others’ feelings.”

Equally important is for parents to demonstrate empathy with their children by acknowledging their concerns and feelings and recognizing their need for security. For example, she said, “When a child is fearful of a dog, instead of saying ‘Don’t be afraid, he won’t bite you,’ say: ‘Are you scared of the dog? What scares you?’ This validates the child’s fears rather than negating them.”

At the same time, Riess said, parents should not overreact by being intolerant of “a single second of unhappiness in their child’s life” lest such misguided empathy deprive the child of developing the grit, perseverance and resilience that is essential to a successful life.

Parents can talk to their children about other people’s feelings. If a child breaks another child’s toy, Riess suggests that instead of saying: “'Why did you do that? That was bad,’ say: ‘Sara is sad because you broke her toy. What can we do to make up for that?’ which leaves the door open for an apology.”

Also helpful is to “validate your child’s difficult emotions instead of being judgmental,” she said. “If the child says, ‘I hate Tommy,’ rather than say it’s wrong to hate, ask what makes the child feel that way. Explore what’s behind the feelings, the back story.”

For very young children, stuffed animals or puppets can be used to help them act out different stories, Riess suggested.