How to Deal With Nosy People at Work 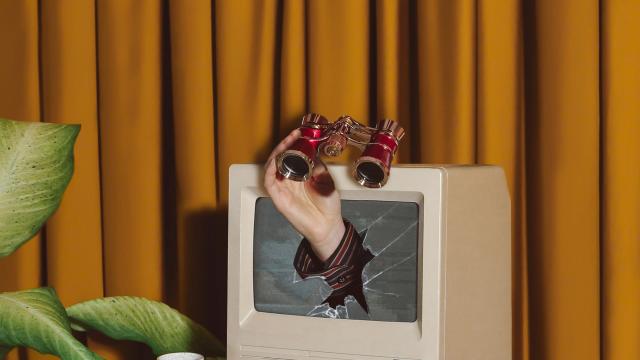 — Who Will Watch the Watchers?

Q: I manage a team of people. The most competent person on my team is also, unfortunately, the most annoying. Everything he does that isn’t directly related to his job or to making my job easier absolutely drives me crazy. I have a hard time putting on a fake face about it. I just want to scream.

He’s one of those people that watch you do things and then comments as you’re doing them: “Having a snack?” as I am having a snack. “Heading out?” as I am putting my coat on at 5 p.m. “Oh no, are you sick?” as I grab a tissue. Sometimes he’ll just stare at me until I cannot handle the feeling of his eyes drilling into my skull and am forced to look up to acknowledge him. I feel bad because he’s capable, but I am having a hard time hiding my true feelings. — M.C., New York

A: The trick of capitalism is that we simultaneously live for the immediate, destructive moment (These trees, people, minerals, oceans only matter today, let’s burn them, drink them, use them up!) and for the long view (My grandchildren will be world-ruling plutocrats and my name will adorn a fleet of mansions). These two notions are in conflict, impossible to reconcile. This is why the young people today have such wrinkled brows and so many angry tweets. They know that the math of this reconciliation will be calculated in their lifetimes. They know that the last hundred years have been a trash bargain. We sold their safety and health and freedom so that we could all have bigger houses, more billionaires and more ads on Instagram celebrating teas that allegedly trigger human emaciation or erection.

For us older-than-millennial people, who are all likely to die before the Final Planetary Showdown, essentially every moment at work is a series of terrible choices between exploitation and vanity. We self-soothe with “The Chilling Adventures of Sabrina,” or meat, or Adderall — while, ironically, our workplaces find ever-more-impressive ways to also monetize our self-soothing.

What were we talking about? Oh, right! You should tell this person: “Stop policing my behavior, it makes me uncomfortable.” Uncomfortable is a keyword that makes lawyers and HR people, well, uncomfortable and therefore is very effective.

Q: I’m working at my third startup in a row and I’m finding the idea of joining yet another “thriving” office culture exhausting. I’m not rude to anyone at work, I engage in small talk around the coffee machine and on Slack occasionally, and I’m friendly with a couple of people on my team, but I’m sensing a big gap between my level of involvement and that of my peers. It’s not just happy hour and birthday cakes. My office has a handful of company-sponsored clubs, from murder-mystery board games to a rock-climbing club to a feminist discussion group that isn’t really intersectional enough for me. My boss has invited me to several things, and when I opted out of emails from several clubs, he asked if anything was wrong. Can I keep my job and work hard at my purpose in this office without being labeled a buzzkill or anti-social? Is it enough to function well if I’m clearly not a culture fit? — Anonymous

While every office is some kind of cult, every group of people respects archetypes. Lean into being the office grump. Be the rakish yet slightly alluring “bad” one. “I don’t go for drinks after work, we already have work together, let’s talk about our work during the time that we work” is something I like to say at the office. Be more aggressive about who you are, not less.

— You Don’t Know From Petty

Q: I was the brains behind the creation and development of a project that got approved at the company I work for, but I’m not the face of it. In both company acknowledgments and in the press, it’s become apparent that the person who is the face is claiming credit for developing the idea, with me almost as a secondary creator, rather than the primary one. How do you navigate this situation when they are people you work closely with? There’s no real way to bring this up without being petty, and yet I also think this is how resentment begins and builds. — Anonymous

A: If you are at the office for your own amusement, maybe then this is “how resentment begins.” You have lost the entire point of going to work. Your entire career, which means the structure of your life — your age at retirement, the city you will eventually live in, the way you feel about yourself — may hinge on this moment. Being casual about capitalism misses the whole point.

Capitalism is like a vat of boiling oil. Sure, you’d rather not be in the vat at all. But there’s nothing worse than being halfway submerged. Right now, you’re watching half your body boil away while still awake. You put yourself just half in the vat, and you’re worried about being petty? You need to blow way past petty.

Q: My boss is a very attractive woman who has been giving me pretty clear signs she wants to have sex with me. No threats or coercion involved, just plain lust. She’s no female version of Harvey Weinstein, and I know I’d enjoy it. What’s the downside? — Anonymous

A: There is no downside whatsoever here and that sounds completely fine. Your cats will be thrilled that soon, everyday will be Caturday at your house.