How ‘The Alienist’ Finally Found a Screen 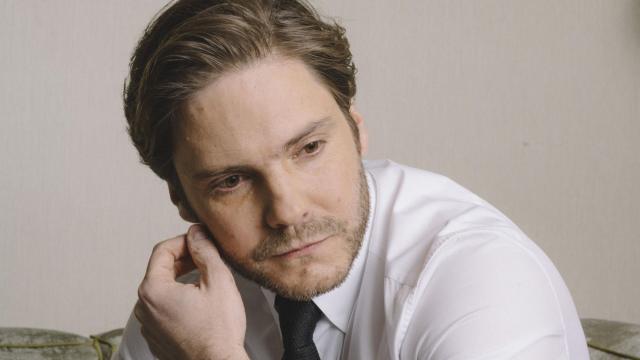 In “The Alienist,” the 1994 best-selling historical thriller by Caleb Carr, a group of unlikely sleuths kept a running tally of a serial killer’s known traits, the better to get inside his head to stop him.

If one were to itemize the distinguishing characteristics of the novel itself, the list might include gruesomely macabre, intellectually ambitious and historically vivid. Not to mention totally unfilmable.

A heady thrill ride with rich characters and an atmospheric Gilded Age New York setting, “The Alienist” begged for a Hollywood adaptation, and movie rights were sold for half a million dollars before the book was even published. But the intricate mystery proved too dense to distill into a satisfying film, though that didn’t stop producers from trying.

“It’s been 25 years of battling against really bad interpretations of this book,” Carr said.

But on Jan. 22, “The Alienist” finally comes to screens on TNT, because of a fortuitous convergence offactors: a resurrected television studio looking to mine its rights library; a cable channel angling for more prestige; and an emerging program format — the limited series — that accommodates both ambitious, season-long narratives and actors who wouldn’t sign on for television’s usual multiyear commitments.

The 10-episode season will present, from start to finish, the book’s story of Dr. Laszlo Kreizler, a brilliant, prickly psychiatrist — or alienist, in the parlance of the day — and his team of cohorts tracking a killer who preys on boy prostitutes in the vice-ridden city. The German actor Daniel Brühl (“Rush”) stars as the titular doctor, with Dakota Fanning (“American Pastoral”) and Luke Evans (“Beauty and the Beast”) rounding out the leads.

Carr said the past film attempts failed because producers like Scott Rudin sought to turn his layered psychological tale into a more conventionally formatted blockbuster, proposing to cut characters, add a love story and otherwise abandon the main focus on the team tracking the murderer.

“If you don’t get what the central dynamic of a book is, you’re not going to be able to make a good movie out of it,” Carr said. (“I wish him well with the show,” Rudin emailed in response.)

For all his exasperation, Carr remained eager for an adaptation “that enough resembled the book that I didn’t have to fight that battle anymore,” so he could move forward with the next chapter of the saga. He is now working on the third book in the series, “The Alienist at Armageddon,” slated to arrive in September. (The second, “The Angel of Darkness,” came out in 1997.)

“It seemed like a really futile struggle to continue the series when there was no interest in making a decent product out of the first book, much less the second book, much less a future book,” Carr said.

That pessimism lifted after the television arm of Paramount, which held the movie rights, was revived in 2013. “The Alienist” was “literally the first book I took off-the-shelf,” said Amy Powell, the studio’s president.

In the past few years, the network has forged a new path under the president Kevin Reilly, with more provocative series like “Animal Kingdom” and “Claws.” But “The Alienist” represents its biggest swing yet.

It is the most expensive show the network has produced, Aubrey confirmed, though she wouldn’t say how much “The Alienist” cost. (Variety reported that TNT was paying $5 million per episode.)

Set mostly in 1896, the series was shot in Budapest on an elaborate ersatz fin de siècle Manhattan set that was designed to allow 360-degree movement of the cameras and actors, where designers obsessed over not just cobblestone streets, costumes and gas lamps but also pocket watches, hairpins and shop windows.

“Every detail matters,” said Jakob Verbruggen (“The Fall”), a director and executive producer of the series. “We could only sell this world if we made it 100 percent believable.”

Such historical specificity was a big part of what captivated readers of “The Alienist,” which unfolds in a grimy New York teeming with beleaguered immigrants, sordid brothels, crooked cops and uptown oligarchs, and includes real-world figures like Theodore Roosevelt, then a police commissioner, and the financier J.P. Morgan. The philosophical question at its dark heart — is evil born or bred? — is debated throughout by the agreeably ragtag group pursuing the killer, which in addition to the alienist includes a crime reporter for The New York Times; a police secretary who was the department’s first female employee; and two quirky detective brothers. Their innovative tactics include what we now recognize as criminal profiling, fingerprinting and forensic science. Though the series is faithful to the team dynamic that animates the novel, there are differences. The killer’s perspective, absent from the book, is introduced early in the series. The reporter character, played by Evans, is now an illustrator. Sara Howard, the secretary played by Fanning, has been broadened into a fuller portrait of a young woman trying to be tough enough to thrive in a man’s world without losing her femininity and sexuality, Fanning said.

“As women, I think that’s something we all deal with, and especially right now it’s being talked about a lot,” she added, alluding to the ongoing national reckoning with toxic male behavior.

Powell said, “When people see it, I think it will be even more relevant than we thought it was when we were working on it.”

Additional modern resonance can be found in the book’s story of forgotten refugees seeking better lives in a new country and in the economic chasm between its impoverished New Yorkers and privileged ones.

“You can parallel it almost perfectly to certain societies we know today,” Evans said. “It’s very topical, and I think people will talk about it a lot and make the comparisons.” But what does the toughest critic of all say about “The Alienist”? Carr sounded annoyed that his being named a consulting producer meant little in practice. “My contribution was neither sought or, when it was volunteered, paid attention to,” he said.

But he had no complaints that the project’s original main creative force, Cary Fukunaga (“Beasts of No Nation,” “True Detective”), left “The Alienist” before filming started. His take on the story was too salacious and “nearly completely mistaken,” Carr said.

(The reason given by the studio for his departure, then and now, was that production delays led to conflicts with his other commitments. Fukunaga, who didn’t respond to requests for comment, remains credited as an executive producer and is currently shooting another Paramount series, an adaptation of the Norwegian comedy “Maniac” for Netflix. “Cary put a huge fingerprint on the project,” Powell said.)

Carr also said he liked much of the pilot, the only episode he’s watched, praising in particular the visuals and performances by Brühl and Evans. Finally seeing his most famous story onscreen, after decades of starts, stops and misfires, brought a sense of bifurcation, he said, as he separated his author self from his viewer one in an effort to assess the series’ chances in an overstuffed TV universe. But it brought no relief, at least not yet.

“I’ll feel a sense of relief if it succeeds,” he said. “If it doesn’t, it’s just further frustration.”