How small business owners in Georgia feel about the state reopening 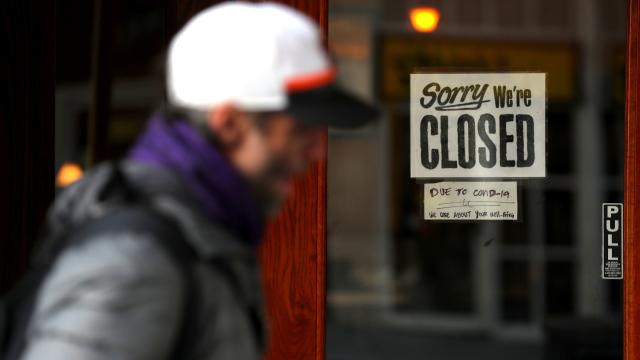 A day after Georgia Gov. Brian Kemp announced plans to reopen barbershops, salons, gyms, restaurants and movie theaters in the coming week, CNN spoke to business owners about their plans ahead.

Their responses -- anecdotal and far from comprehensive -- suggest a general unwillingness to risk their health as well as a skepticism that customers will come out and spend.

Will Ho, the owner of Treat your Feet spa, in an Atlanta suburb, said that it was insane for anyone in the spa industry to reopen.

"Whoever opens up in the spa industry is crazy, you are asking for it! And who is going to come back and work? It's not worth the risk," Ho said.

He said he is seeing demand from customers, but that his employees were scared to return to work.

"In our business we have skin-to-skin contact. We work in close proximity. I think it's way too early, and the problem is a lot of our employees are not willing to come back this early because they are scared and don't want to get infected. They want to see how this pans out. Many of them really want to wait until June or late May to see how things pan out."

Peiru Kim, the owner of four Sugarcoat nail salons around Atlanta, similarly said she is going to stay closed for another couple weeks and make a determination closer to that point.

"The pandemic is killing me and my business, but I'd rather be safe than sorry," Kim said. "I understand why Kemp is doing it. He wants the economy to get better. But I don't want to put my girls in jeopardy."

Thomas Herring, the owner of Azul Salon and Spa in Macon, said he thought it was too soon to reopen. Still, he plans to do so anyway because he believes he has no other choice.

His business was denied relief from the Payroll Protection Program, and his 12 employees have all been denied unemployment benefits from the state.

"We need to feed our families and we have bills. We've not had any income. We have no choice to but to go back to work," he said.

He said the salon and spa will follow strict guidelines of sanitation and cleanliness, will make people wait in their cars until their appointment, and they will use separate rooms for customers.

Ronda Sapp, owner of Ahn Fitness Center & Blackbelt in Macon, said they will not reopen.

"I know people need to get back to work, (but) I just want to be safe. We can't space people enough apart safely," Sapp said.

She said she planned to wait into May to see how the reopening goes.

Gregory Smith, the owner of She's Fit, a gym in Martinez, outside Augusta, said he's ready to open.

"It's been a big hit on our business, our revenue dropped 35% because people were not comfortable coming in March. April 2 is when we had to close. If we continue, we would not be able to survive. We need to open to survive," he said.

He said the gym trains a small mount of people at a time, so they are already separated. He also planned to keep people 10 feet apart and said he is going overboard on sanitation for both people and equipment.

"The way I look it personally, I shop at the grocery store two to three times a week, I take precautions. It's an individual choice. People know the risk, if they feel comfortable then we should provide a service," he said. "That will be a big question when we open: Who will come? But the feedback I've gotten is 90% of the clients are ready to come."

'I don't think the public feels safe and secure yet'

Ian Winslade, the partner and executive chef of Mission + Market restaurant in Atlanta, said the restaurant will not reopen to customers next Monday.

"You can tell the public is not comfortable venturing out," he said. "I just don't think it's the right move from a business standpoint. Even if we did reopen, honestly, I don't think people would come. I don't think the public feels safe and secure yet. We also want to protect our employees and the public as much as possible. So from both angles, we think it's smart to stick with curbside pickup or delivery."

Winslade said his restaurant has been brutally hit by the pandemic and he would like to get back to business as usual. But he says he will be relying heavily on health experts and allow science to dictate when it's safe to reopen. In the meantime, he and his employees will continue to provide free meals to the unemployed every Thursday.

Baker Dude Bakery Cafe in Atlanta will not be reopening on Friday because owner Orrin Booher is not financially ready, he said.

"We went from having seven employees to just one...me," Booher said. "There has been a lot of lost revenue and it will take time to make it up and be able to pay employees. It will be a gradual process over time and depends on how fast foot traffic increases and customers are ready to dine in.

"I don't think May 1st is likely either. It will be several weeks and beyond," he added.

Christian Favalli, the owner of La Grotta restaurant in Atlanta, said he was shocked by the governor's decision to reopen.

"Georgia is like a guinea pig. It's already been proven that when other countries have tried to do this, cases there spiked," Favalli said. "Nobody wants the economy to reopen more quickly than I do, but not at the cost of deaths of more people. Why take the chance and put my staff and customers at risk? It's better to wait it out."

He also said it would not be worth it financially to have staff come in for what he predicts would be a small number of customers and tables. He has had to furlough half his staff, and the other half of about 15 workers have been keeping curbside pickup and delivery service going.

The Sentimentalist, a bridal shop in Atlanta, will not reopen until May 1, owner Krista McMichen said.

"Even then, it won't be back to business as usual because we will implement extra cleaning procedures, masks and taking temperatures of employees," she said. "I'm also looking into what we can require of customers legally. It's just not a good idea to reopen before April 30th."

Sherrie Smith, the owner of Imperial Hair Salon in Macon, said she believes the number of coronavirus cases is spiking too much to reopen.

"I believe it is too soon. If people actually start going out, the numbers will spike and it will be catastrophic here as it was in New York," she said. "They called for stay-at-home orders because people were not following social distancing. I think (reopening) is ridiculous, (and) there will be a ripple effect."

The issue is, quite literally, a matter of life and death. She said she would reopen when the numbers are not doubling and a vaccine is in place.

"My customers are uneasy, asking what I am are going to do. My folks know I have common sense," she said.