This article was written for our sponsor, Raleigh Executive Jetport.

From one of the lowest corporate tax rates to a workforce-focused education system, there are plenty of benefits to doing business in North Carolina.

And now, the state's growing aviation ecosystem is helping companies expand business opportunities beyond the region, too.

Construction Partners, Inc. — one of the nation's fastest-growing civil infrastructure companies — uses a base at Lee County's Raleigh Executive Jetport to connect with their offices across the Southeastern United States. 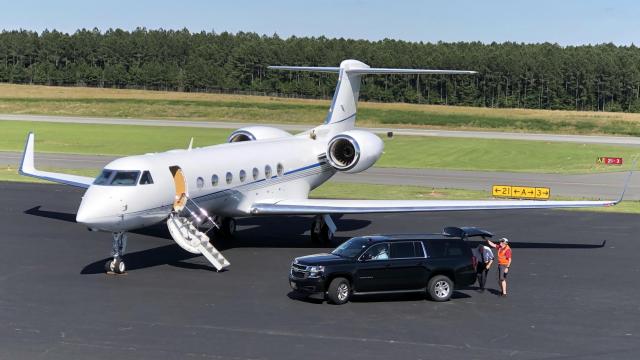 While Construction Partners initially chose Raleigh Exec due to the availability of both hangar space and office space, the airport's amenities and facilities have quickly become invaluable.

"Our office is closer to RDU, but it turned into a blessing that there wasn't anything available at RDU," said Harvey Weir, chief pilot at Construction Partners. "They have a very capable runway, wonderful instrument approaches to handle weather — it's a fairly new airport with great infrastructure, and they've been able to provide everything we need."

In addition to hangar space and office space, the company is also using storage space at Raleigh Exec. Since the office is right there at the airport, employees are able to do planning and logistics needed to support the air traffic. For employees traveling in from other states, they're able to arrive, work and leave all in the same location.

While Construction Partners has been stationed at Raleigh Exec for just a few months, there's already a strong relationship with the airport's management, and Weir feels comfortable bringing any issues or ideas up when needed.

"You have to have a unique structure to support an airplane, and the management at Raleigh Exec thoroughly understands business aviation and general aviation. Most of the world just sees aviation as commercial jets, but they don't understand everything that goes on behind the scenes," said Weir. "That understanding and infrastructure is certainly there at Raleigh Exec. They've done a good job of rolling out the red carpet for us, from providing competitive fuel prices to answering any questions." 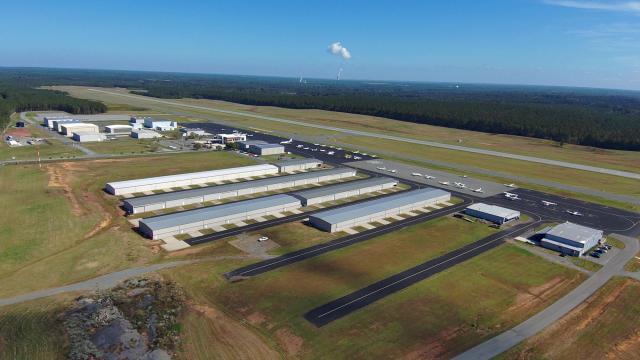 For Weir, one of the major benefits of Raleigh Exec is the runway. Since it's a newer regional airport, the runway is longer than many others of its kind. This allows for larger and faster jets to land safely. Weather instruments on the planes and at the airport also ease landing in inclement weather.

Moving forward, Weir is excited to see where general aviation goes — and he sees Raleigh Exec as being an ideal place to take it all in.

"Raleigh Executive has done a very good job thinking about the future over the horizon. If you think about it, the Wright brothers flew in 1903, and we were standing on the moon less than 67 years later — that is mind boggling. Think about where we're going to be 67 years from now," said Weir. "I think with the infrastructure and the surroundings at Raleigh Exec, they have a huge head start for future generations."

This article was written for our sponsor, Raleigh Executive Jetport.