DAVID BROOKS: How racist is America? 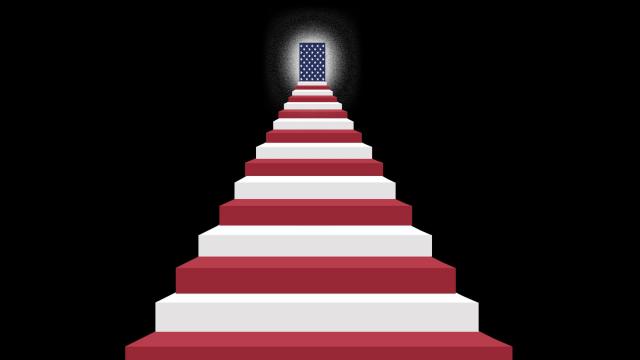 EDITOR'S NOTE: David Brooks is a New York Times columnist and the author of “The Road to Character” and, most recently, “The Second Mountain.”

One question lingers amid all the debates about critical race theory: How racist is this land? Anybody with eyes to see and ears to hear knows about the oppression of the Native Americans, about slavery and Jim Crow. But does that mean that America is even now a white supremacist nation, that whiteness is a cancer that leads to oppression for other groups? Or is racism mostly a part of America’s past, something we’ve largely overcome?

There are many ways to answer these questions. The most important is by having honest conversations with the people directly affected. But another is by asking: How high are the barriers to opportunity for different groups? Do different groups have a fair shot at the American dream? This approach isn’t perfect, but at least it points us to empirical data rather than just theory and supposition.

When we apply this lens to the African American experience, we see that barriers to opportunity are still very high. The income gap separating white and Black families was basically as big in 2016 as it was in 1968. The wealth gap separating white and Black households grew even bigger between those years. Black adults are more than 16 times more likely to be in families with three generations of poverty than white adults.

Research shows the role racism plays in perpetuating these disparities. When, in 2004, researchers sent equally qualified white and Black applicants to job interviews in New York City, dressed them similarly and gave them similar things to say, Black applicants got half as many callbacks or job offers as whites.

When you look at the data about African Americans, the legacies of slavery and segregation and the effects of racism are everywhere. The phrase “systemic racism” aptly fits the reality you see — a set of structures, like redlining, that have a devastating effect on Black wealth and opportunities. Racism is not something we are gently moving past; it’s pervasive. It seems obvious that this reality should be taught in every school.

Does this mean that America is white supremacist, a shameful nation, that the American dream is just white privilege? Well, let’s take a look at the data for different immigrant groups. When you turn your gaze here, the barriers don’t seem as high. For example, as Bloomberg’s Noah Smith pointed out recently on his Substack page, Hispanic American incomes rose faster in recent years than those of any other major group in America. Forty-five percent of Hispanics who grew up in poverty made it to the middle class or higher, comparable to the mobility rate for whites.

The Hispanic experience in America is beginning to look similar to the experience of Irish Americans or Italian Americans or other past immigrant groups — a period of struggle followed by integration into the middle class.

This economic success obviously does not mean immigrant groups do not face hardship, bias and exploitation. Almost every immigrant group in American history has faced that. It just means that education and mobility can help overcome some of the effects of this bias. According to that same study, immigrant groups are largely doing well because they come to places where opportunity is plentiful. They are not so much earning more than those around them, but earning more along with those around them.

Economic progress is one thing. What about cultural integration?

A landmark 2015 report from the National Academies of Sciences, Engineering and Medicine found that the lives of immigrants and their children are converging with those of their native-born neighbors, in good ways and bad. This pattern applies to how well educated they are, where they live, what language they speak, how their health is and how they organize their families. A study by a Brown University sociologist, for example, found that Mexican immigrants are learning English at increasingly higher rates and growing less isolated from non-Mexican Americans.

Rising intermarriage rates are one product of this integration. According to a 2017 Pew Research Center report, about 29% of Asian American newlyweds are married to someone of a different race or ethnicity, along with 27% of Hispanic newlyweds. The intermarriage rates for white and Black people have roughly tripled since 1980. More than 35% of Americans say that one of their “close” kin is of a different race.

Blending identities is another sign of this integration. There was an idea going around a few years ago that America was about to become a majority-minority country. This would be true only if you rigidly divided Americans into white and (with one drop of nonwhite blood) nonwhite categories.

But real humans are very quick to adopt multiple and shifting racial identities. The researchers Richard Alba, Morris Levy and Dowell Myers suggest 52% of the people who self-categorize as nonwhite in the Census Bureau’s projections for America’s 2060 racial makeup will also think of themselves as white. Forty percent of those who self-categorized as white will also claim minority racial identity.

In an essay for The Atlantic, they conclude, “Speculating about whether America will have a white majority by the mid-21st century makes little sense, because the social meanings of white and nonwhite are rapidly shifting. The sharp distinction between these categories will apply to many fewer Americans.”

When you look at the data across groups, a few points stand out.

First, you can see why some people have issues with the phrase “people of color.” How could a category that covers a vast majority of all human beings have much meaning? The groups that the phrase attempts to bring together have different experiences and even face different kinds of bias. Perhaps this phrase covers over real identities instead of illuminating them.

Writing in GQ, Damon Young argues that the term “people of color” has become a linguistic gesture, “shorthand for white people uncomfortable with just saying ‘Black.’” In The New Yorker, E. Tammy Kim argues, “‘People of color,’ by grouping all nonwhites in the United States, if not the world, fails to capture the disproportionate per capita harm to Blacks at the hands of the state.”

Second, it’s certainly time to dump the replacement theory that has been so popular with Tucker Carlson and the far-right — the idea that all these foreigners are coming to take over the country. This is an idea that panics a lot of whites and helped elect Donald Trump, but it’s not true. In truth, immigrants blend with the current inhabitants, keeping parts of their earlier identities and adopting parts of their new identities. This has been happening for hundreds of years, and it is still happening. This kind of intermingling of groups is not replacing America; it is America.

Finally, it may not be accurate to say that America can be neatly divided into rival ethnic camps locked in zero-sum conflict with one another. The real story is more about blending and fluidity. I’m just one guy with one (white) point of view. But my reading of the historical record suggests groups do well by mingling with everybody else while keeping some of their own distinct identities and cultures. “Integration without assimilation” is how Rabbi Lord Jonathan Sacks put it.

The interwoven reality of America defies simple binaries of white versus nonwhite. Over the last several years, Raj Chetty and his team at Opportunity Insights have done much of the most celebrated work on income mobility. They find that, indeed, Black Americans and Native Americans have much lower rates of mobility because of historic discrimination.

But Chetty’s team emphasizes that these gaps are not immutable. If, for example, you use housing vouchers and other grants to help people move to high-opportunity neighborhoods with low poverty rates, low racial bias and more fathers in the neighborhoods, then you can help people of all races lead lives with higher incomes and lower rates of incarceration as adults.

The reality of America encompasses both the truth about structural racism and the truth that America is a land of opportunity for an astounding diversity of groups from around the world. There’s no way to simplify that complexity.

Last week I saw a young Black woman wearing a T-shirt that read, “I am my ancestors’ wildest dreams.” I took her message as a statement of defiance, pride, determination and hope. If you can keep discordant emotions like that in your head, you can get a feel for this discordant land. This article originally appeared in The New York Times.