How Parents Teach Smart Spending With Apps, Not Cash 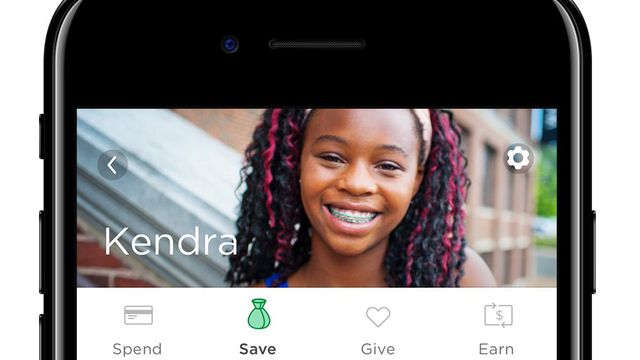 “I tried the cash thing,” said Jonathan Kraftchick, an accountant and financial-literacy advocate in Raleigh, North Carolina. First, they used glass jars, then switched to a system that involved slipping money for different purposes into separate paper envelopes, for each child.

But keeping up with multiple envelopes became unwieldy.

“It’s a lot of hassle,” Erin Kraftchick, an artist, said with a laugh.

So when Jonathan Kraftchick read about a “smart” debit card called goHenry this year, he quickly signed the family up for an account.

Now, the children — Reece, 8, and Caris, 7 — each have a card, which their parents manage using an app on their phones. They have $1 for each year of age, per week, automatically transferred each week to the cards, which the children can use to buy items like snacks at their neighborhood swimming pool. They can also get more money transferred by going above and beyond — like extra time spent practicing the piano. They can check their balances on an iPad. Erin Kraftchick said they were even learning to round up prices to include tax.

“It takes the pressure off me,” said Erin Kraftchick, who typically keeps the cards in her wallet and hands them out when it’s time to make a purchase.

The Kraftchicks are part of a growing group of busy parents who are trying out app-controlled debit cards to give their offspring allowance, manage chores and teach them about money. Despite talk of a cashless society, physical cash is still widely preferred for small purchases, according to the Federal Reserve. But children may lose cash, or parents may not have it on hand when it’s time to pay up.

“We got tired of having a drawer full of dollars,” said Brandi Tzonev, a sales manager and personal trainer in Lawrenceville, Georgia, who uses goHenry with her 15-year-old son, Alex, and 10-year-old daughter, Gabriella.

Some banks have long had accounts aimed at children and teenagers, and many families use prepaid debit cards — rather than traditional debit cards, linked to a checking account — as a way to help children manage money. But the newest generation of “smart” debit cards are managed by advanced mobile apps that give parents detailed control over how much the young people spend — and even where they spend — with a few taps on a phone.

In addition to goHenry, which has been available in Britain for five years and moved into the United States this spring, the cards include financial technology startups like Greenlight, backed by Amazon and others, and Current, financed in part by an arm of Fifth Third Bank.

Details vary slightly by card, but in general a parent establishes an account or “wallet,” linked to their traditional checking account. The app draws money from the bank account, and the parent transfers funds electronically to the child’s card. The child can spend only what is available on the card. Parents can set spending limits and restrict where cards can be used.

Parents can set up regular transfers of cash as a weekly allowance, or respond to requests for one-time cash approvals on short notice — if, say, a child is out with friends and needs more money. And children can also save money in FDIC-insured accounts, held at the traditional banks that issue the debit cards on behalf of the startups.

The cards charge monthly or annual fees. But they generally do not charge extra fees for loading the card with cash, as some other prepaid debit cards do.

The cards are reviving debates about whether it’s best to teach children about money using actual cash and coins, and whether children’s allowances should be tied to completion of household chores. The cards also raise concerns about the potential of plastic to encourage overspending.

“Parting with actual physical cash is harder,” said Philip Fernbach, assistant professor of marketing at the Center for Research on Consumer Financial Decision Making at the Leeds School of Business at the University of Colorado in Boulder.

Still, he said, the new digital tools offer ways to help children learn important financial concepts, like compound interest. Greenlight, for instance, allows parents to pay children a custom “parent” rate — say, matching each dollar saved with another dollar or two — to encourage saving, at a time when rates on traditional savings accounts are quite low.

Some say that since the use of cash is waning, at least for larger purchases, children need to learn about money in that context. “That’s the world they’re in,” said J. Michael Collins, faculty director of the Center for Financial Security at the University of Wisconsin-Madison.

If parents find that the apps work well for them, then they should use them, rather than stress that they are “doing it wrong” when teaching their children about money, said Beth Kobliner, author of “Make Your Kid a Money Genius (Even if You’re Not).” But she worries that automating so much about finances means sacrificing the chance to have important conversations about spending and saving. “I’m a real believer in cash,” she said. Michelle Ibbetson, a middle school teacher in Westminster, California, said she saw firsthand that children could be careless about cash. At the end of a week, her classroom is often littered with change that students have left behind.

Determined to help her own children be savvy about money, she signed up more than a year ago for an early version of Greenlight. Her children — Dallin, 10, and Adelle, 12 — review their balances themselves, on cellphones that they can check out from their parents periodically. “Every Monday, they get a deposit if they did their chores the week before,” she said.

If their list of chores — picking up after the dog, sorting laundry or cleaning their bathroom — isn’t done by Friday, she said, “they start to panic.” She added, “It’s nice, because I’m not nagging them.”

When the children buy something, Ibbetson gets an alert about how much was spent and where. (They still use cash occasionally.)

“The parent ultimately has total control,” she said. Parents can divide money into a “spend anywhere” account, or designate funds that can be spent only at certain stores. Greenlight says it is the first to offer store-level “authorization control,” which allows parents to block spending at specific merchants, and it has several patents pending for its technology.

Recently, Adelle, a sixth-grader, went on a field trip to Knott’s Berry Farm, an amusement park. Ibbetson wanted her daughter to be able to buy lunch and snacks inside the park, but didn’t want her splurging at stores outside its borders. So she set the Greenlight app to work only inside the park.

Ibbetson was amused when, later that day, she was notified that the card had been declined at a fast-food location outside the park — twice.

Adelle said she liked that the card helped her and her brother save for two months, to afford new pets. “I just got a guinea pig!” she said. She’s now using the app to save toward a bigger goal: a Disney annual pass.

Parents should pay particularly close attention until they are fully familiar with their smart cards, said Dee Pachlhofer, who, along with her mother, is raising two nephews, Jason Pachlhofer, 15, and Chris Wright, 10, in Springfield, Missouri. Dee Pachlhofer said she worried about Jason’s having enough cash when he was on outings to places like Silver Dollar City, a local amusement park. So she signed up for the Current card.

There was one initial snag, she said. At first, Jason used the card to sign up for subscription items, like audiobook apps, that offered free trials but then began charging fees. She had to help him cancel the services, and ultimately had a new card issued and started over.

Current’s website says there can be gaps in its spending restrictions, particularly when the card is used on sites like iTunes, Xbox and Amazon. In some cases, blocked purchases may still go through because of the payment systems those sites use. Since then, however, using the card has “been a breeze,” Pachlhofer said.