How NC businesses can compete for big military contracts 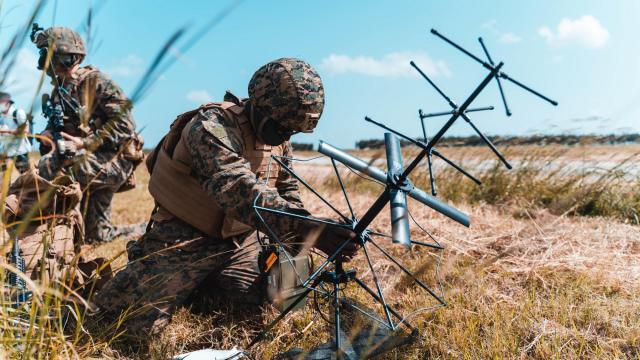 The U.S. government is one of the largest consumers in the world. The federal branch, including the military, spends about $500 billion every year on contracts — which translates to roughly the size of Sweden’s economy, according to Data Lab.

That’s good news for North Carolina, where military spending accounts for 12 percent of the state’s gross domestic product, according to the North Carolina Military Business Center. Even better news: if you run a local business, you can take advantage of the opportunities created by government contracts.

Becoming eligible to bid on contracts is relatively simple. No matter the size of your business, you can sign up at SAM.gov to be a government contractor. Once approved, your business is added to a list database, so that a federal government agency, including the Department of Defense, can review a business’s capabilities when it has a project requirement.

When the government has a requirement, it may be fulfilled in different ways depending on the product, service, and estimated dollar amount. A micro-purchase may be fulfilled by an authorized government employee utilizing a Government Purchase Card. A micro-purchase is any buy under $10,000 for products, $2,000 for construction and $2,500 for services. Requirements over those thresholds are publicly posted on SAM.gov and fulfilled via contract.

Depending on the value of the contract, there are different stipulations as to whether or not companies have to submit quotes or proposals, how purchases are made and approved, and the number of proposals a contracting office must receive for each project.

If your business has never bid on a government contract — or even if it has — the North Carolina Military Business Center can help.

"When the government wants to buy or build something or procure a service, the agency announces the requirements, and the NCMBC helps businesses navigate SAM.gov and automatically matches businesses to contracts using MatchForce.org," said Scott Dorney, executive director of NCMBC. "The NCMBC sources contract opportunities to potential prime contractors across the state."

Prime contractors are those that produce a good or service, but they may rely on subcontractors to get to that point.

Contracts come with a variety of terms. The government has a variety of contract types to select from to fulfill a requirement, said Barbara Bowles, strategic industry professional for the NCMBC. For example, one type of contract is called indefinite delivery/indefinite quantity, or IDIQ for short.

"When the government identifies it has a recurring need, the contracting officer may advertise and award an IDIQ, when the exact times or exact quantities of future deliveries are not known at the time of contract award," said Bowles. "For single award IDIQs, the government makes only one contract award and places orders for the supplies or services on that contract, as needed."

For multiple-award IDIQs, the Government awards several contracts with the intent of competing orders among those contract awardees.