How military members can build wealth through real estate 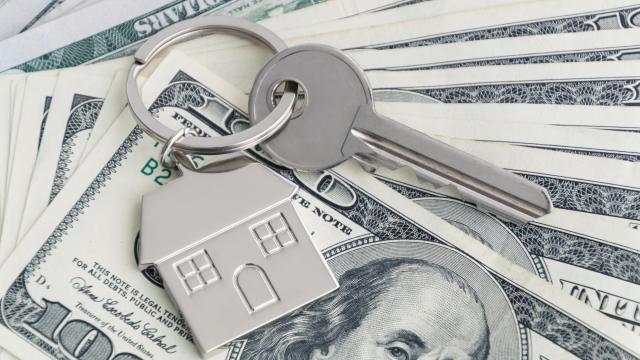 According to a recent Bankrate survey, real estate was ranked by a landslide as the best investment choice over the next 10 years. And it makes sense why — it's timeless, it's practical and, perhaps most importantly, it's consistently profitable.

While purchasing a home can be expensive for the typical homebuyer, the unique benefits of VA loans allow active service members, retired military and veterans to enter the real estate market — even one as fast-paced as the Triangle region's — at little to no initial cost.

Unfortunately, many former and current service members aren't aware of how VA loans are made to help them build wealth through real estate. According to Phil Jawny, founder of GoVA Loans, this stems from a widespread lack of information.

"I have done focus groups with different military families from Virginia down to South Carolina down to Atlanta, and the biggest feedback I get is education. People are just unaware that there are these benefits available to them," said Jawny, who has been in the lending business for more than 20 years. "We want to educate these military families to put their money into something that's going to grow and build over time, because the government is giving you this guarantee of money, this push to take advantage of it."

Jawny started his journey in lending when he was just 18 years old, working for Mid America Bank in the Chicago area, where he eventually became a top producer. After moving to the Triangle area in 2003, Jawny wanted to find a way to "impact the world or make things different," and quickly decided that helping the underserved military population was a "no-brainer."

Since then, he's launched GoVA Loans and made it his mission to educate military families on the unique home-buying benefits they have access to — and how to leverage these benefits to build their personal wealth through real estate.

One such benefit? While the number-one setback for many potential home-buyers is coming up with funds for the down payment, through the VA loan, many military buyers are able to make an offer while putting little to no money down.

"When you're looking at investing in real estate, if you're not in the military, guess what? You need 20 percent to 25 percent of the value of the property that you want to buy. And you need that in the form of a down payment," Jawny explained of the typical home-buying process. "If you've got a house for $100,00, you've got to come up with $20,000 to $25,000 just to purchase that investment. If you're in the military, you can purchase that investment with zero money."

After a buyer has purchased their first home, there tends to be an accumulation of wealth and assets that follows. According to Jawny, there are three main financial benefits to owning real estate.

The first is equitable growth — or, in other words, a secured profit over time. Typically, the longer one owns a home, the greater its value appreciates. Once it comes time to sell, the home will not only be worth more, but the profits from the sale will be tax-free, as they're considered capital gains.

"In housing, you're getting a VA benefit where the government is guaranteeing you this money to use to buy a home," he said. "That house is an asset, and it operates a lot like a stock — you would look at it and say, 'Well, my rate of return is through the roof, because I didn't ask to put any money into this transaction and this value is going up.'"

In addition to growing equity long-term, military home-buyers can also take advantage of yearly tax deductions — which means more money returning to their pockets every year.

Consider two families, one of which owns a home and one of which does not. Even if both families are making the same household income, the family who does not own a home will end up paying more in income taxes, since they aren't receiving any of the tax deductions that owning a home affords. In essence, owning a home means you'll also be keeping more of your overall income.

Lastly, a home acts as a forced savings account. While buyers don't have to put money down, they'll still have to pay down the loans on their home every month. By doing so, they're putting that money towards their equity — something that will continue to appreciate — instead of other expenses that won't yield a return.

For example, imagine you've purchased a home by taking out a $100,000 loan. After a year, you've paid down the loan by $3,000 to $4,000 — an amount you were forced to put into your home's equity instead of spending elsewhere on things like dinner dates, movie tickets or after-work drinks.

For Jawny, these three financial benefits are best tied together with a metaphor.

One of the best and most underused perks, in Jawny's opinion? Since military personnel aren't limited to a certain number of VA loans, they can continue the same wealth-building cycle once it's time to relocate.

"You'd go and take your family to California or Virginia, and you buy another home using your VA loan. Well, guess what? You've got one, two, three benefits all over again on another house," Jawny said. "Now, you're really building wealth through real estate, because you have a $250,000 home in Raleigh-Durham, and you have a $250,000 home in Virginia."

"Guess what?" Jawny concluded. "You own a half a million dollars of real estate, growing at 4 percent to 5 percent tax-free year-over-year."

While there are many misconceptions surrounding VA loans, by disproving these myths and bringing increased awareness to the benefits, Jawny hopes to help as many veterans and active service members as possible begin the rewarding journey of growing their personal wealth through homeownership.