How Live Theater Can Save Us From Digital Dehumanization 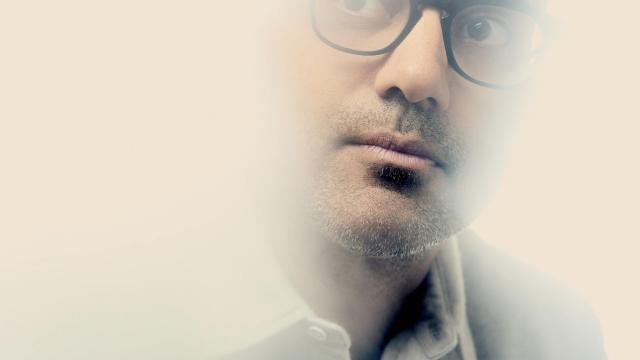 I recently learned that a group of neuroscientists have discovered that watching live theater can synchronize the heartbeats of an audience. One of the researchers put it this way: “Experiencing the live theater performance was extraordinary enough to overcome group differences and produce a common physiological experience.”

The living presence of the audience is what strikes me as so singular about the theater, why I love working in the theater so much and why I believe in the particular importance of our beloved form right now.

But first, let me say: I am not hopeful about where we are as a nation — as a species (if I can be so presumptuous). I’m not hopeful, because I am increasingly of the mind that even my hope is being monetized. That which is most enduring, most noble, most human about me — my urge for something brighter, more vivid, more loving, more alive — all of this is being used against me.

Some 60 years ago, President Dwight D. Eisenhower warned us of the military-industrial complex — that nexus of hidden interests responsible for monetizing warfare. We are no longer a society caught in the fateful grip of lucrative warmongering. It turns out, there’s less money in war than in the merchandising of our attention.

And so a new nexus of hidden interests has arisen in its place: merchants of attention — Google, Facebook, Twitter, Apple, etc. — married to the mature technologies of finance, what we could label the attention-finance complex.

The attention-finance complex has given us devices to which we are tethered by more than compulsion. Our pleasure principle — long prey to the manipulations of capitalism — has been turned against us, irretrievably yoked to ends that are not ours, ends we cannot fully comprehend.

Transformed into economic subjects, our humanity is being redefined; we are valuable only insofar as our economic behavior can be predicted and monetized. Indeed, the technology has enabled the very movements of our mind to become a steady stream of revenue to someone, somewhere.

Somehow we are sold the story that this narrowing of the world into streams of monetized information is actually about liberation. That it represents a new era in human communication. The triumph of democracy. A victory over centralized power. All of these strike me as little more than hopeful memes sold over the very platforms they are intended to legitimize.

Indeed, the great fracture begun in earnest more than 30 years ago — the collapse of a vision of collective well-being — this fracture has finally been completed. We are little more than data points in a society that isn’t really that anymore. It’s a marketplace, nothing more than the sum of its sold and purchased parts.

A bleak vision, yes. And yet, this bleakness must also be something of a defense. My defense against the financed colonization of my desire and, yes, of my hope. A way to defend, to preserve the stirrings of the real hope inside me, what to work for, what to work toward.

Which brings me to the other side of the equation — the actor’s body.

A living being before a living audience. Relationship unmediated by the contemporary disembodying screen. Not the appearance of a person, but the reality of one. Not a simulacrum of relationship, but a form of actual relationship.

The theater is an art form scaled to the human, and stubbornly so, relying on the absolute necessity of a physical audience, a large part of why theater is so difficult to monetize. It only happens when and where it happens. Once it starts, you can’t stop it. It doesn’t exist to be paused or pulled out at the consumer’s whim. It can’t be copied and sold. In a world increasingly lost to virtuality and unreality — the theater points to an antidote. A living actor before a living audience. The situation of all theater, a situation that can awaken in us a recollection of something more primordial, religious ritual — the site of our earliest collective negotiations with our tremendous vulnerability to existence. The act of gathering to witness the myths of our alleged origins enacted — this is the root of the theater’s timeless magic.

Because whether we like to admit it or not, we herding social animals are programmed at some very profound level to think and feel as one. To me, this is why the great lie of U.S. individualism — that my experience is the most important thing, and should be protected and enabled at all costs — why this thinking is so pernicious. It isn’t really true to what we really are.

But the theater is — in its essence.

Indeed, at its best, it’s the experience of us as one mind, one heart, one body. That live performance can synchronize the heartbeats of an audience is no surprise to any of us who ply our trade in the theater. Certainly not to any writer or director or designer who has lived through four weeks of previews trying to get those heartbeats to sync up.

This sense of oneness with an audience, of losing all sense of time, of absorption in the travails and triumphs of the living actors — this is the daily antidote. For which I write. About which I dream. And from which so much of my truest hope is mined.