How Ignacio Mattos, the Chef at Estela, Balances His 14-Hour Days 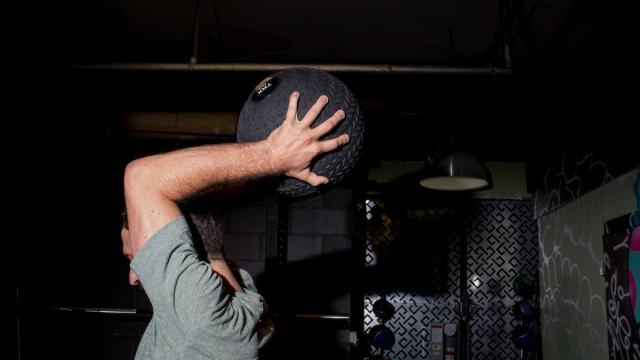 Ignacio Mattos, 38, a chef from Uruguay, is on a roll. As the owner of Estela and Flora, two critically acclaimed restaurants in New York, he was named Esquire’s chef of the year in 2017. This month, he is publishing his first book, “The Estela Cookbook.”

Here’s how he manages his grueling 14-hour workdays.

I use Dr. Bronner’s soap (the hemp one). I use it in the shower and on my face too. In the shower, I also have the dandruff shampoo from Kiehl’s. Then I use the Dr. Hauschka Rose face cream. I like how it smells. It’s pretty neutral; I don’t like anything with pungent aromas. I haven’t shaved in the last 16 years. Shaving is really hard on my skin. So instead, I just trim it with scissors to a certain point and then let it grow back. I’m pretty low maintenance.

Pedicures are my favorite thing on the planet. I’m standing all the time; I need to feel good. That’s something I do regularly. I go to a couple different spots on Sixth Avenue and another in the East Village because it’s easygoing there. And it really scares me when men say they have never had one. Then I do not want to see your feet at all.

Pilates for the Back

I had an injury to my knee (I had to have an ACL replacement) a while ago. Being a chef requires long days. The long shift hurts your back, your neck. You have to be aware of that, otherwise you won’t last. I started going to Sixth Street Pilates about four years ago because it was convenient and also because Pilates is gentle. I was having back pain, and Pilates fixed it right away. I was shocked at how quick the results were.

Jujitsu for the Mind

I later added a more intense workout, something to complement the Pilates. I started going to my friend’s gym, a private one on East 27th Street called Kinesthesia Physio.

Sometimes after the workout, we’ll grapple or do Brazilian jujitsu a little bit. It’s almost embarrassing to explain my obsession with jujitsu to people who don’t know about it. It’s one of the best things for the mind that I have done. I have tried meditation and it never took. Jujitsu is mental chess and body chess all at once.

At the house, I keep nice dried fruits and fruits. It’s all pretty healthy. The diet at the restaurant, it’s intense. Everything is highly seasoned. The way you season in a restaurant is not how you eat at home. It’s more indulgent. Whenever I’m off, I try to have my healthy meals and try to keep it pretty clean. Also, if I’m being honest, it’s because I want a break and I’m lazy. If I cook in the house, I try to steam vegetables and then I add a little bit of olive oil and have it as bland as could be.

Stay on Your Toes

I am a frustrated professional soccer player. I could have been good, but I couldn’t take the training when I was 12. I realize now that the timing was off for me. I didn’t have anyone close to me that was helping to motivate me. Perhaps if I did, I would have been able to push through it. Now, I surround myself with people with determination and drive. That’s why I’m in New York. It’s full of a bunch of talented and driven people with a lot of good intentions, and it’s really fulfilling.

I get to the restaurant by 10 a.m. The pressures of being a chef come from many directions. You have to be a leader, and you have to run a sustainable business. It does all boil down to numbers. But what I do is also take care of people and try to make every single guest happy no matter how they came in that day. It’s a very challenging goal to have. Then every day is a completely blank slate. That’s the biggest challenge of all: that every day you’re starting from zero again.